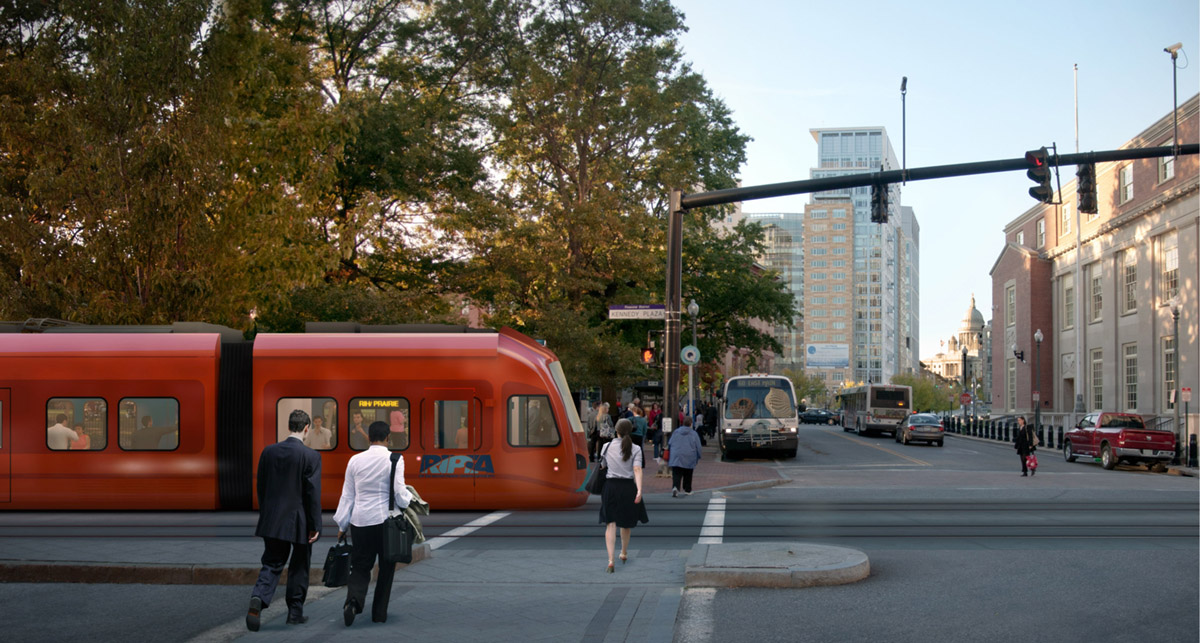 Dogged by cost and ridership concerns since it was first proposed nearly 10 years ago by then-Mayor David Cicilline, the proposed streetcar has been abandoned in favor of an “enhanced bus” line along the same route, Providence Planning Director Bonnie Nickerson confirmed Wednesday.

In a list of future projects the city wants added to the state’s upcoming 10-year transportation plan, the Providence Enhanced Bus Circulator is estimated to cost $20 million.

The proposal asks for $7 million from the state to build the new bus line and uses a $13-million federal grant awarded for the streetcar in 2014 to cover the rest.

The enhanced bus plan would keep the streetcar’s most recent route: from the Providence train station through downtown and the Jewelry District to Rhode Island Hospital.

I’m sure I have a lot of thoughts and opinions about this which I have neither the time nor the energy to think about right now. However, I wanted to provide a place for others to discuss, one thing to consider when assessing this change in planning is what Providence is asking for in the TIP.

Barry Schiller pointed out these priorities in a comment:

Skimming the draft submission the city of Providence included about 147 projects, of which about 48 were “high priority.”

While many were about street repaving and bridge repair, I think noteworthy is that the Providence streetcar is abandoned. Instead they propose, paid for partially with their streetcar TIGER grant, a downtown bus circulator on much the same route.

They also ask the TIP to include a 6/10 boulevard study and a bus hub at the train station, and ask for a bus lane on North Main St., pedestrian crossing improvements on downtown streets (especially Memorial Blvd.,) wider sidewalks between the train station and Kennedy Plaza on Exchange St., a Sabin St. bike lane, a Delaine St. extension to avoid Olneyville Square, Providence River dredging, a pedestrian bridge over Route 6 at Riverside Park, and enhanced bike route development along Kinsley-Promenade to the Olneyville area. I suggest others use the link gcpvd provided to check this out.

There’s some things to think about how enhanced bus service in the core could be the begining of a larger BRT system, bus lanes on North Main, a boulevard on 6/10…

Then we perhaps look to something like Roger Leaf’s Green Way proposal as a light rail solution for the urban spine of the State.

Check out this map posted in our Flickr Group by pdxcityscape: Visit the Flickr Page to see a larger version. That’s a plan for a streetcar system with central subway for Providence from 1914. pdxcityscape writes...