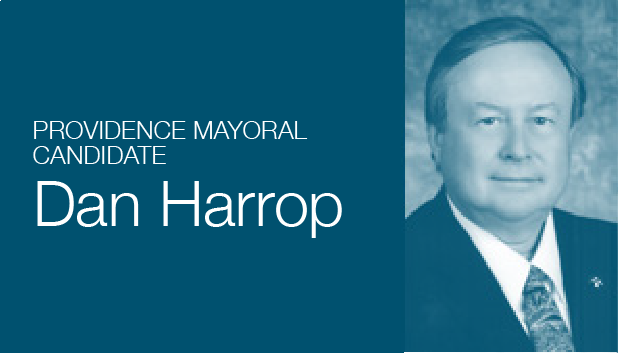 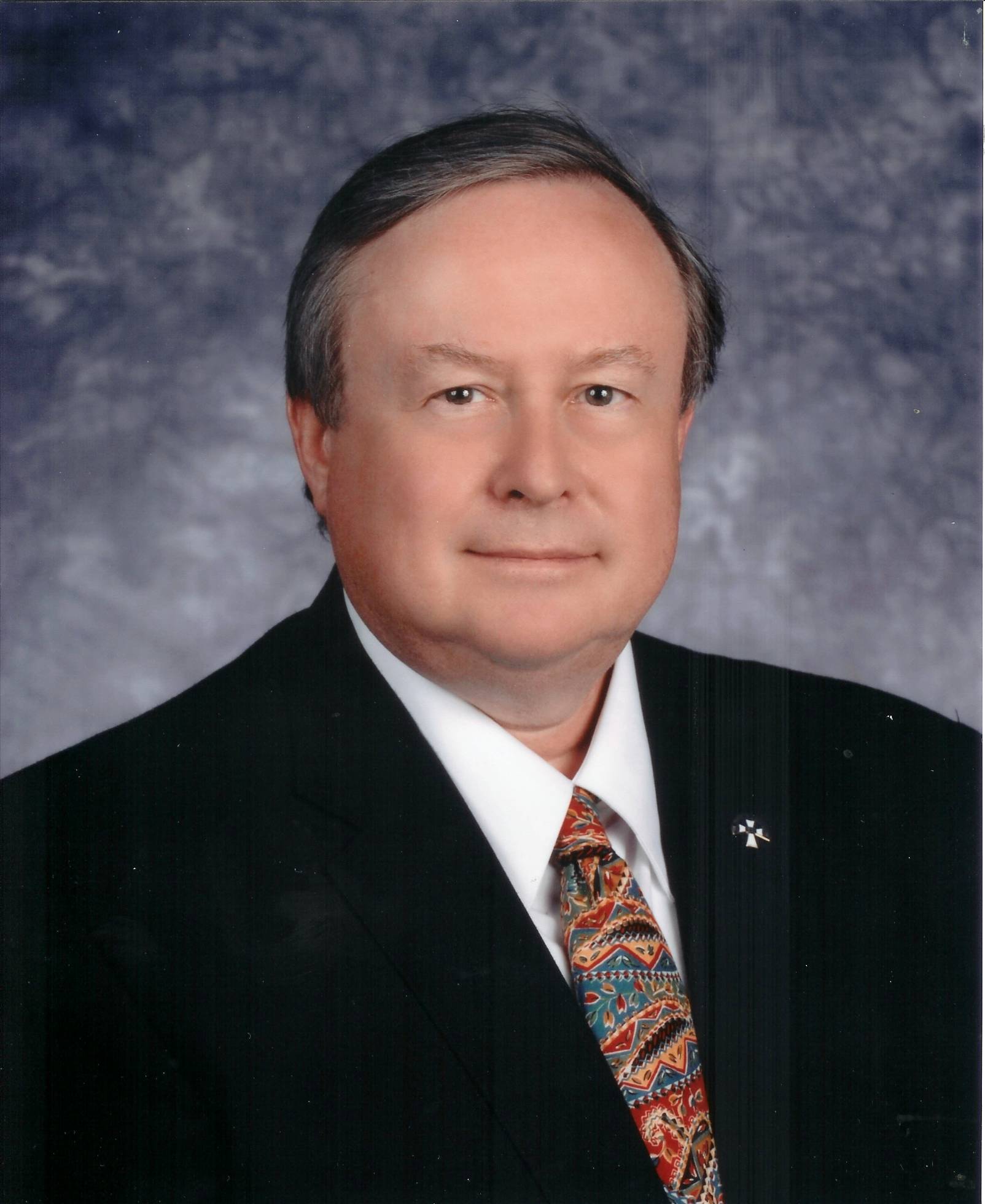 Dr. Dan Harrop is a native of West Warwick, RI. He received his B.A., M.D. and post-doctoral training in Psychiatry at Brown University, and his M.B.A. from Heriott-Watt University, Edinburgh, Scotland. Retired from nearly 30 years as a faculty member at both the Harvard and Brown University Medical Schools, he is currently a consultant for several major insurance organizations, including ValueOptions, BHM Healthcare, and Focus Behavioral Health. Dr. Harrop is Chairman of the R.I. Center for Freedom and Prosperity, a 501c3 research policy institute, and President of the Roosevelt Society, a 501c4 social welfare advocacy organization.

1. Other Cities
It isn’t always necessary to reinvent the wheel when it comes to best practices. Across the globe small cities like Providence are doing amazing things to make their cities more livable, increase their tax base, and improve services. What city (or cities) do you look to for inspiration of what you would like Providence to be like or to strive for? What are the characteristics of those cities that you think Providence should emulate?

At this time, Providence should be looking to Detroit for inspiration. Just months after filing for bankruptcy, Detroit’s leaders unveiled detailed plans for the city’s recovery, which laid out a blueprint for future spending and ways the city could pay back its creditors. The plans look optimistically toward a Detroit with renewed city services — a draw for developers and new businesses. Business leaders, corporations and foundations are committing funds to help revitalization. Even locally, Central Falls can provide a model on how to “re-boot” the city after years of mismanagement and stabilize finances. We be laser-focused on the three crucial issues in the city: saving the collapsing pension fund, reducing the near national-record high property taxes.

2. Snow Removal
The city has an ordinance that states that the abutting property owner must remove snow from sidewalks. This ordinance has gone under-enforced for years creating a major public safety issue for the city’s residents every time it snows. The city and the state are notable offenders in not clearing snow from sidewalks abutting their property (sidewalks abutting parks, public buildings, on overpasses, etc.). How will you hold private property owners, the state, and the City itself accountable for removing snow in a timely fashion, and how will you ensure that snow removal ordinances are enforced?

Private Property owners should be appropriately ticketed (fined) after a brief public relations campaign as a warning this is coming – essentially the same as for those who do not recycle. The city’s failure to clear its own sidewalks is a failure of administration in the City Hall, and the appropriate officer charged with seeing this is done needs to be called to task. As to the State? Being sovereign there is little we can do but try to work with state officials to remind them of their responsibilities.

3. Street Parking Permits and Snow
The City recently ended its longtime ban on overnight parking introducing a permit system for City residents to park on the street overnight. Allowing residents to park on the street relieves the need to provide off-street parking in paved lots and yards. Reducing this paved area has numerous environmental and quality of life benefits. Unfortunately the City bans parking during heavy snow with no options for people parking on the street, forcing the need for off-street spaces during these storms. Other cities, including Boston, allow street parking during storms, banning parking only on designated emergency snow routes. Would you support allowing people with permits to park on designated streets during snow storms?

I would support alternative parking areas when a storm is coming, which may not be on the street – for safety reasons the streets need to be plowed, and some of our small and older streets can barely get cars down. There would be some streets designated as OK to park, but not all, during a storm.

4. Street-sweeping
Street-sweeping in Providence is extremely infrequent, largely focused on clearing sand and road salt at the end of the winter. While it is everyone’s personal responsibly to not litter, not everyone is that responsible. Many neighborhood streets are strewn with litter, covering vacant lots, and blowing into storm drains which exacerbates street flooding during rain events and eventually fouls our rivers and the bay. Will you increase the frequency of street-sweeping in the City and how can the City afford that expense?

No, the street sweeping cannot be increased at this time until the finances of the city are straightened out. Frankly, that will take several years through the receivership process. We cannot afford higher taxes in Providence at this time.

5. 195 Land
The 195 Commission is a state agency and that agency will be driving the development of this land. What is the city’s role in developing the I-195 Land and the surrounding area in the Jewelry District and East Side?

The biggest thing at this time is to make the process more open, less secretive, and involve the neighborhoods most effected. Otherwise, an eventual reduction in property taxes, and simplifying the zoning and permitting process at city hall, is what the city is capable of at this time.

6. Property Taxes and Tax Stabilizations
How should property tax stabilizations and exemptions be used, if at all? What criteria should be used to offer an exemption? Furthermore, how will your administration prevent further increase in residential property tax rates?

Property tax stabilizations should be done away with. In fact, we should use the municipal receivership process to claw back a number of such agreements handed out like candy by prior mayoral administrations. Stabilizing the city’s pension funding through receivership should help us, in a few years, bring down all the property taxes.

7. Development Costs
Property taxes are one part of the high costs of developing property in our City, along with that our construction costs are near or equal to the costs in Boston, but the rents developments can achieve here are much less than Boston. How can the City help stimulate development to increase our population and tax base when these costs make development so difficult?

We can significantly help development through a reduction in the tax rates through receivership and reduction in the paperwork necessary to build, through a “sunset” provision in permitting and zoning (once a completed application is filed, the city has 30 days to approve or reject, or it is automatically approved).

8. Transportation
The current administration has taken small steps toward improving accommodations for cycling in the City, how will your administration expand those measures to build-out a City-wide system of bike lanes and cycle-tracks?

This will not be possible during the next administration because of the economic pressures on the city to save the pension system, rebuild our schools and the curriculum, and restore an adequate police force to the streets.

How will your administration work with RIPTA and RIDOT to improve bus transit and possibly introduce other modes like streetcars to our City’s public transit system?

A designated liaison in city hall will be tasked with working with state and federal entities to see how we might use grants to improve the state-run public transit system. I do not see the city taking on any additional responsibilities in this area (ie, streetcars).

What role does the City play working with the federal government, the state government, and Massachusetts to improve commuter rail services both to Boston and within the State of Rhode Island?

How will your administration work with RIDOT to ensure that road projects within the City support full access for pedestrians and cyclists and adhere to Complete Streets philosophies?

9. Parking Tax
The City of Philadelphia has a parking tax. This tax helps generate revenue for the City and also encourages parking lot owners to develop their lots to higher uses. Would you support a parking tax in Providence?

10. Capitalizing on our size
Providence’s small geographic size can be one of our greatest assets. We could and should capitalize on our diminutiveness to become the nations leader at something. What do you think Providence should realistically strive towards being the best at? How can we achieve that?

Providence can serve as an entry point for New England tourism. Our central location, major easily accessible airport, and Amtrak and interstate lines, make us a natural jumping off point for tourism in the rest of New England. We can build on our world-class restaurants, historical attractions and hospitality resources as a place for day trips into Boston, Newport, Block Island, the beaches.

11. Statement
Please write a short statement (fewer than 150 words) for the readers of Greater City Providence about why you should be Providence’s next mayor. Please include what you think is the City’s greatest strength, and weakness.

This election is about ethics. Poor countries are usually poor not because they lack resources or capable people, but because of corruption. Poor cities frequently point to the same problem. Unjust pensions, tax stabilization favors and the cronyism that has infected city hall through most of the last 25 years has left Providence with a severely underfunded pension system, crumbling schools with poor graduation rates, roads with unfilled potholes, and one of the highest commercial tax rates in the nation. Where did our tax money go? It went to support backroom deals and political favors. Neither our former felonious mayor nor the Democrat candidate, both of whom are part of the “old-boy” system, are likely to change the corruption that swallows our tax revenues and gives us few benefits. The election of a Republican team, not tainted by the failed policies of the past decades, is the solution.

Candidate photo courtesy of the campaign.

The three candidates for mayor of Providence promised to spur economic development, improve schools and add police officers during their first televised debate Tuesday, making the case that the city is plagued by poor...