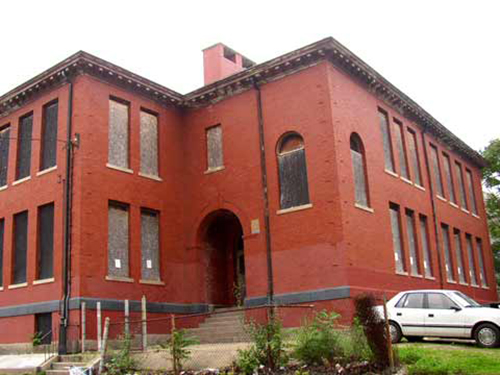 Grove Street School in 2003, photo from Art In Ruins

The historic building that for years neighbors have advocated for reuse, while owners of the building made plans to turn it into overflow parking for funeral home business on Broadway was met with illegal demolition on a cold Saturday in February 2007.

Owned by Michael Tarro, a Federal Hill resident and Assistant Providence City Solicitor, running for Steve Costantino’s seat in the Rhode Island General Assembly, this building continues to deteriorate as every possible requirement for either fixing the building or just securing it, is appealed.

While advocates continue to meet each appeal, time may be running out as Tarro has appealed the last Board of Building Review ruling and yet another hearing to duke this out in court is set for Thursday (Aug. 12) at 1pm.

How this has been able to continue without fines, without a lien, without outrage from the city is curious at best, and disgusting at worse. Regardless of where you fall on the support fault line for this building/property/family, the fact that it was illegally demo-ed makes it an illegal demo. The fact that the building has never been secured for all these years makes it a gross negligence of municipal laws. 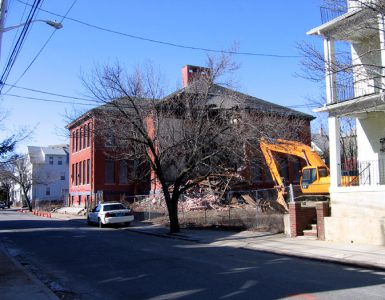