What the hell is going on? Opposition to trains is not some kind of Tea Party platform. You aren’t hearing anybody talk about it on Fox News or AM radio. There’s little if any populist rage against trains. Rail improvements have bipartisan support at the federal level. Trains make sense and have a proven record of helping boost local economies; they’re pork projects in the best sense of the word. [New Jersey Governor Chris] Christie, especially, serves a constituency in New Jersey that depends on trains to get around every day. Additionally, in my experience, state politicians are deeply reluctant to kill projects that divert federal funds to local construction companies. And even if trains aren’t your favorite thing, and even if you think they require too much taxpayer money, they’re certainly cheaper than highways.

Miles Not Gallons Could Be Key to Road Upkeep [Miller-McCune]

“Tying the funding of our transportation system to a tax levied on a commodity, the consumption of which we’re trying to discourage, is probably not the best way to go,” said [Jeff] Shane, a partner at the Hogan Lovells law firm in Washington and a former undersecretary for policy at the Department of Transportation.

Over the last ten years, more than two-thirds of poverty growth in the nation’s metro areas occurred in the suburbs, and there are now 1.6 million more poor people living in the suburbs than in center cities. Since 2000, there has been a general increase in the nation’s poverty rate, but it has been far worse in the suburbs than in the cities|a 37.4% increase versus 16.7%. Though the poverty rate remains higher in central cities, the number of poor suburbanites is growing quickly.

Transit providers have been hit hard, too, but the fact is that the suburbs are not ready for the spread of the poor to the suburbs. That’s because areas of lower density are difficult to serve by buses and trains without expenses going through the roof and low ridership. Many new construction projects are for big expansions of the rail network downtown, where efficiencies of scale ensure actual use of these lines. In big metropolitan areas, the lack of fast transit has increased travel to work times significantly, making life harder for those who live far from their jobs|a frequent issue for those who live in the suburbs. Because for these people there frequently is no choice but to rely on the car, this means that there is no option but to reduce the number of trips taken, which is apparently what is happening to many households. But that is equivalent to less mobility for the people who arguably need it the most!

The High Cost of Electric Cars [Next American City]

“Am I the only one who sees GoogleCars as an improved means to an unimproved, even catastrophic end? Ice caps are melting: have a robot car!” So wrote Alex Steffen of Worldchanging on Twitter earlier this week. To reply: Alex, you’re not the only one.

I sent a similar Tweet from the Better World by Design conference when the keynote featured a slide about “Sustainable Urbanism” that showed a single family detached McMansion with an electric car in the garage. Neither sustainable nor urban in my opinion. The next speaker, from Better Place then went on about the virtues of electric cars and smart grids. 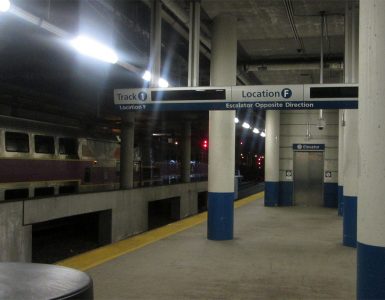 Ari Ofsevit and James Aloisi write an open letter to Gov. Raimondo in CommonWealth Magazine in response to her call for express commuter rail service between Providence and Boston. 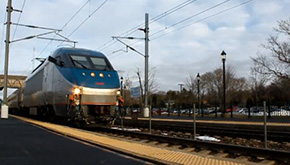 This video has been all over the interwebs today, so it should be here too. Two characters from the Mad Men series discuss the idea of advertising high speed trains (in 1965).