The City has announced plans for this year’s Fourth of July celebration at India Point Park. See the bottom of the post for information about traffic restrictions and heightened security measures. 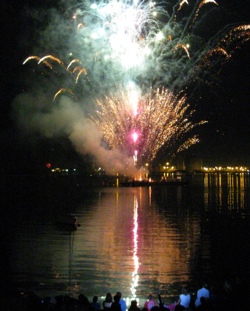 The Rhode Island Philharmonic Pops Orchestra will provide entertainment during the celebration, which will be followed by a spectacular Fourth of July fireworks display. The free concert begins at 7:30 p.m. and the fireworks display is scheduled for 9:15 p.m. A rain date of July 5 has been set.

“I look forward to the Fourth of July every summer and I am excited to join BankRI to host this important celebration of our liberty and freedom. I invite residents from across Providence and all of Rhode Island to join me at India Point Park as we celebrate with fireworks and a free concert from the Rhode Island Philharmonic Pops Orchestra,” said Mayor Taveras.

“The Fourth of July is a holiday rich in tradition that so many in our community look forward to. We’re proud to continue our support of the BankRI Independence Day Celebration,” said Mark J. Meiklejohn, President and CEO of BankRI. “In addition to the event’s signature fireworks display, there are activities and entertainment for people of all ages.”

The Rhode Island Philharmonic Pops Orchestra is led by Conductor Francisco Noya. Mr. Noya served as music director of the Longwood Symphony Orchestra in Boston for 12 seasons and is a prominent member of the conducting faculty at the Berklee College of Music in Boston. As resident conductor of the Rhode Island Philharmonic Orchestra, Mr. Noya conducts the education concerts, POPS-PHIL-PPAC concerts, and Summer Pops concerts.

“The musicians of the Rhode Island Philharmonic Orchestra and the Providence Federation of Musicians believe in free public concerts for the people of Rhode Island, and have helped make this program possible by reducing performer’s fees 33% for this performance. They are honored to be a part of Providence’s July Fourth Celebration,” said Philharmonic Executive Director David J. Beauchesne.

During the festivities, representatives from the Rhode Island Philharmonic Orchestra and Music School will be stationed at the information booths located next to the stage to collect donations to fund bringing their Link Up program to the Providence Public Schools. Developed by The Weill Music Institute at Carnegie Hall, the program serves to unite the classroom with the concert hall, in a curriculum aligned with national standards for learning in and through music. Designed for grades 3-5, the program provides soprano recorders and workbooks for each student, and a hands-on curriculum that teaches the rudiments of music and music making through performance and creative work. Students are treated to a culminating concert where they actively participate in 75 percent of the concert by bringing their instruments and becoming members of the orchestra.

The City of Providence and public safety agencies are working closely to provide a fun and secure event for everyone involved. 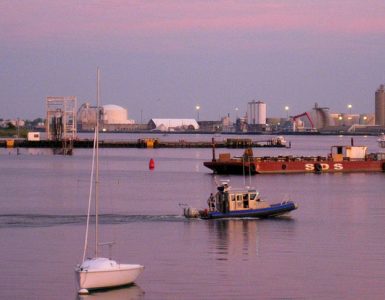 The City of Providence will be celebrating the 4th of July again this year with a festival and fireworks at India Point Park. See more information below including the traffic plan and a reminder that no fireworks or...