Wednesday evening Mayor Taveras and the Planning Department presented the final draft of the proposed rezoning plan for the City of Providence. The City is accepting comments on the plan through July 7th. After that it heads to the City Council for final approval.

PROVIDENCE, RI – Mayor Angel Taveras this evening unveiled his Administration’s new, proposed zoning ordinance to bring the Capital City’s zoning code into the 21st century. The draft ordinance was shared at the final meeting in a series of public meetings that have been held across Providence.

Last year, Mayor Taveras called for a comprehensive update of the City’s zoning ordinance as part of his economic development action plan, Putting Providence Back to Work. The Re:Zoning Providence project is a year-long collaboration between city departments, residents, businesses and institutions to develop user-friendly zoning regulations that enhance the potential for economic growth in Providence.

“Our work to streamline Providence’s zoning regulations will guide the course of development in the Capital City for decades to come,” said Mayor Taveras. “This streamlined zoning ordinance supports the City’s plans for economic growth and sustainable, transit-oriented development in a way that is consistent and easy to understand.”

The new draft of the Zoning Ordinance encourages growth by:

Providence’s current zoning ordinance was originally drafted in 1951 and does not adequately support needs of a city in the 21st century for smart growth and development. Amendments to the ordinance have been adopted over the past six decades, but a comprehensive overhaul of the regulations has not been undertaken since its original drafting.

The year-long rezoning process included an evaluation of the current ordinance, an exhaustive stakeholder input process, testing and modeling, and preparation of a complete draft ordinance.

The Department of Planning + Development continues to welcome comments on the draft ordinance through July 7, before it is sent to the City Council for review. The City aims to implement the new zoning ordinance in the fall of 2014.

To learn more about the proposed changes or to submit a comment on the draft, visit rezoningprovidence.com. 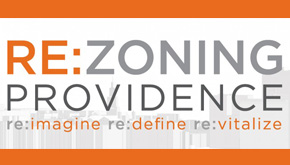 Mayor Angel Taveras will introduce the City of Providence’s proposed new Zoning Ordinance at a public, Wednesday, June 11 at 6 p.m. 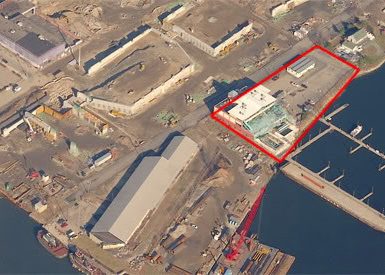