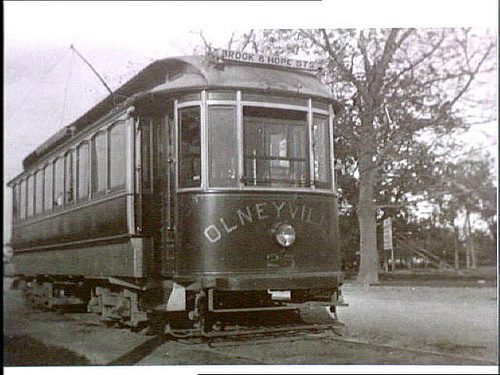 The ProJo has a very good comprehensive story on the Metro Transit Study which is to be officially released on Thursday. Really, it is a good story, the best, most balanced story on RIPTA I think I’ve ever seen in the Journal.

I am planning to attend the release event on Thursday morning and will have a comprehensive post of my own. In the meantime, you can read up on the study here.

Update:
ProJo had this awesome rendering on the frontpage of the print edition.

Should our streetcars be orange to go with the city’s “P” branding?