Last weekend I was in Alexandria, Virginia. My hotel which was mega-cheap and right next to a Metro station was out in the exurbia hell next to the Beltway surrounded by surface parking, but not too far away was Old Town. While walking around the King Street area I snapped a few photos.

CVS without a drive-thru! I was very confused by this CVS, it appears to not have a parking lot or a drive-thru. How do people shop there!?! Wondering where the shops are? Wondering where and how far away the waterfront is, the Metro Station..? This is not the prettiest sign, but it works. Wondering what is up with that building, wondering when the city is holding hearings about it? 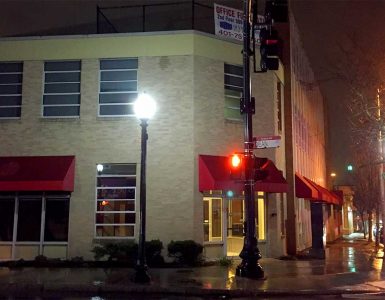 What I am absolutely sure of is this. If the City approves a drive-thru on Broadway... well, then we have no right calling ourselves a 'city' anymore.