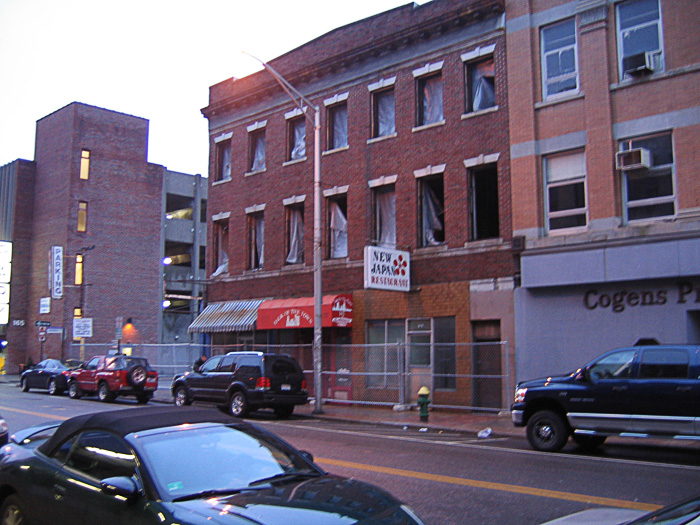 Demolition started today at the future site of the Hotel Sierra on Washington Street. Here we go again, more demolition. This building at Washington and Beverly is known (depending on your dining/drinking habits) as the place where Cuban Revolution/Talk of the Town/New Japan used to be.

This time though, we’re not terribly upset. If we had our druthers would we prefer this building stay? Yes. It is a perfectly nice little brick building which adds nicely to the fabric of Washington Street. Though we’re not brick fetishists, we do like ourselves a nice little brick building. However, nice as it is, it is not terribly remarkable, and like most of Downcity, likely suffering from years of neglect internally. Externally the first floor has been marred by horrid re-cladding sometime in the last half of the last century, it may or may not have remnants of its original facade behind that.

Cuban Revolution found itself a new home on Aborn Street and later expanded to Valley Street. After fighting with the Board of Licenses and winning, Talk of the Town is readying new digs on Atwells Ave. And New Japan, well the owners of New Japan decided they couldn’t bear to start all over again. It’s never good when a local business goes under. But the restaurant business is tough, I can’t get too worked up every time one goes under.

So what’s going to replace it? 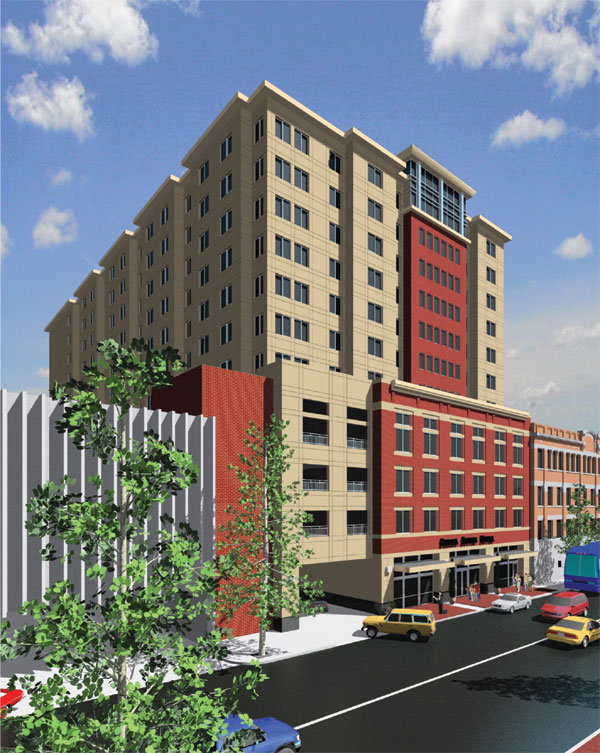 Well nothing all that remarkable really. It rather makes me go, “ho-hum.” But it does not make me choke down bile like the original No-Tell Motel on the Jersey Turnpike-esque rendering did. The Downcity Design Review Committee worked hard with the developer to arrive at what we see above (which I’m not sure is actually the final final rendering). For the fetishists we have brick, the building lines up with the neighboring Cogens Building (which word is will soon be rehabbed by AS220) before stepping back to the mid-rise tower section. Some walls that were blank now have windows in them. The garage entrance is unfortunate doubly so since there is another garage entrance right next to it hiding behind the tree that does not exist in reality. It’s nothing special, but not everything has to be.

But do we really need another hotel? 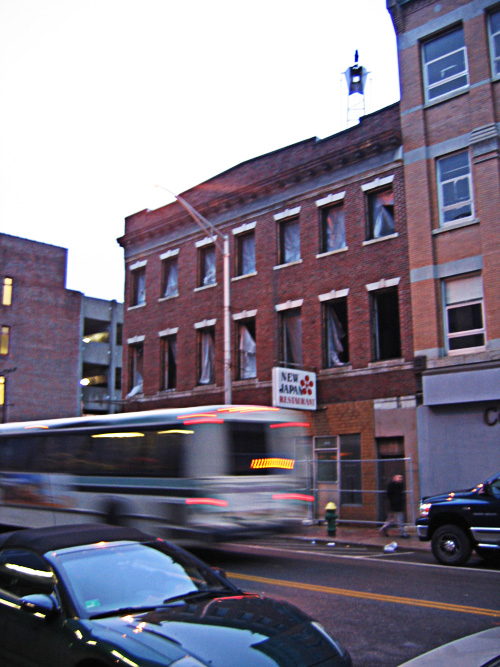 I don’t know, the city seems to think we do. We’ve spent a lot of money rehabbing The Dunk and connecting it to the Convention Center to allow for larger conventions. The largest convention we’ve had was the Fraternal Order of Police Officers (F.O.P.) a few years back. That convention saw people staying in Massachusetts and Connecticut. It’s hard to sell a convention when we suggest that attendees lodge in a three state area (even if one of those states is as diminutive as Lil’ Rhody). We have more rooms now than we did during the F.O.P., but still not enough to host that convention. I guess the question is, can the hotels survive between conventions? I guess we’ll see. If not maybe this will be a Johnson & Wales dorm before too long. 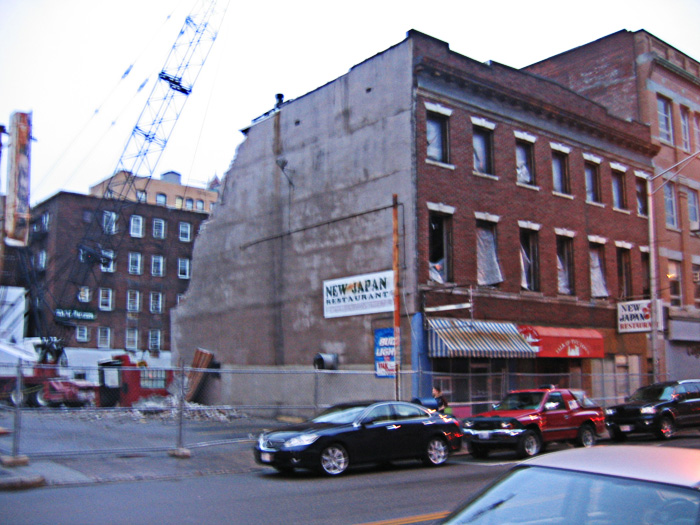 Unlike other recent demolitions, the developer here is not asking for “Temporary” anything. They are demolishing buildings and plan to build their new hotel as soon as the site is ready. A-maz-ing! 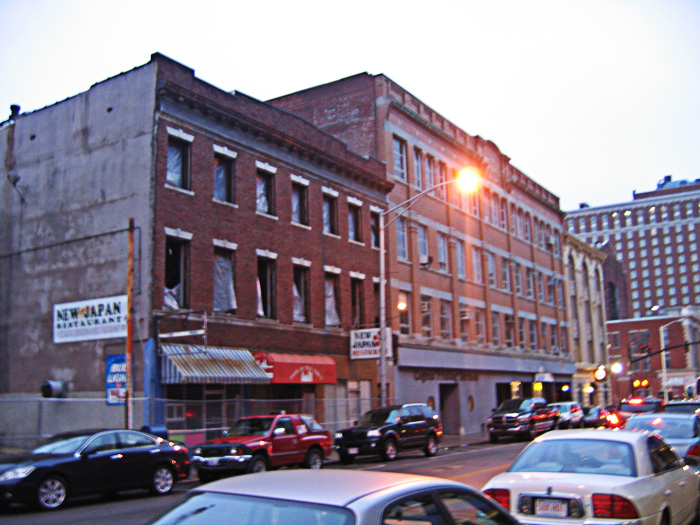 But what really makes this demolition different than ALL the others we’ve seen lately is process. The developer played by the rules. They submitted plans to all the appropriate agencies and committees, they took the direction of the various committees and improved their design, they had public hearings as outlined by applicable law, and they got their demotion permits and street abandonment fair and square.

If an out-of-state developer can understand and play by the rules and in the end, get what they came to Providence looking for, why can our homegrown developers not seem to do the same? 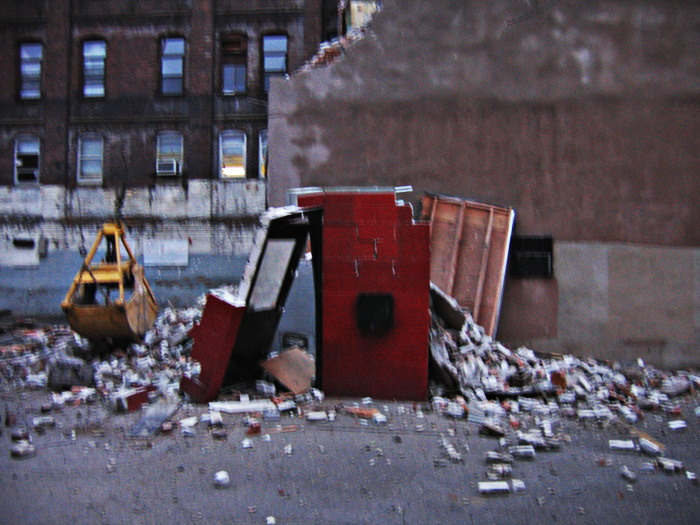 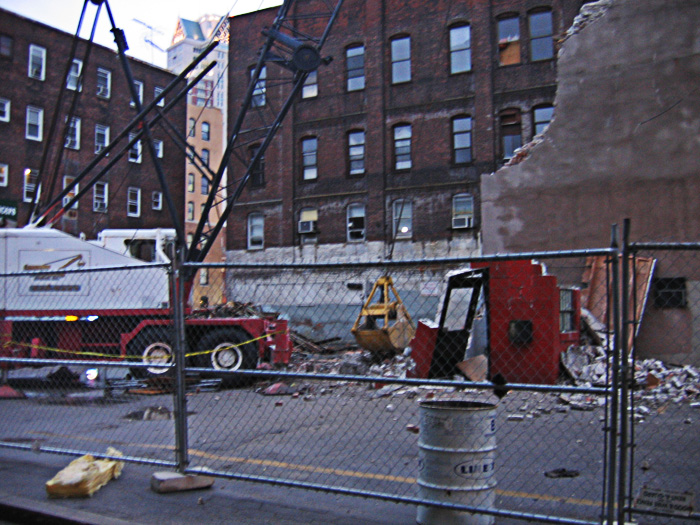 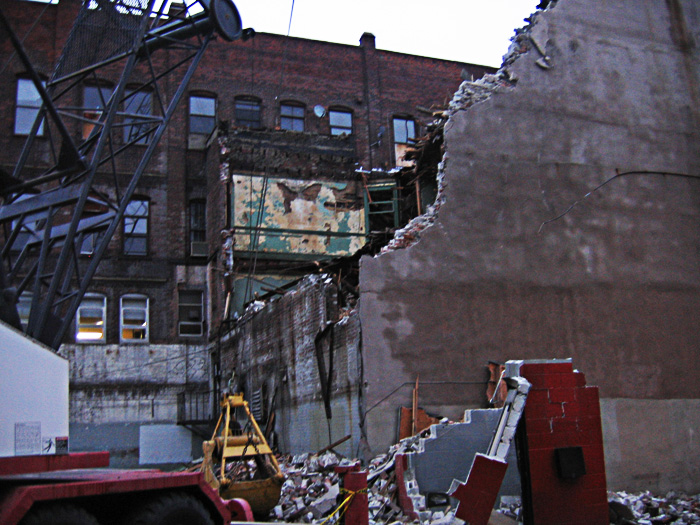 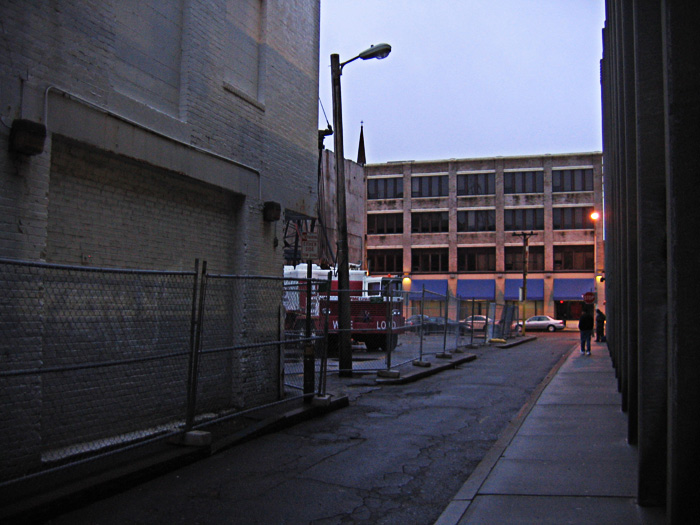 Oh, and the totally craptacular former McDonald’s on Fountain Street is coming down too. 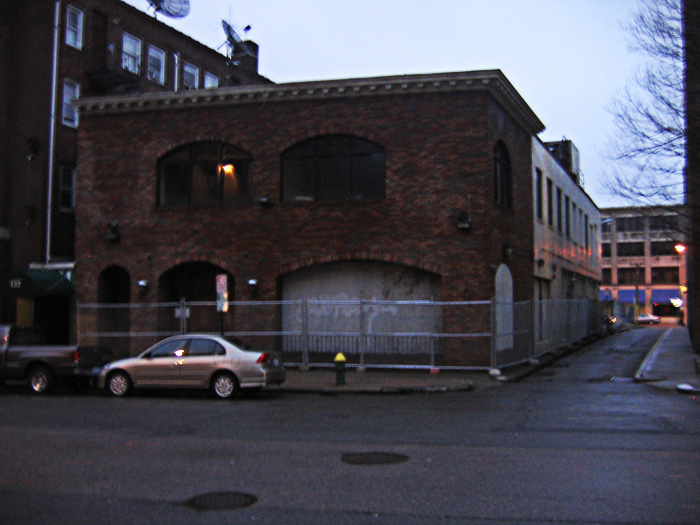