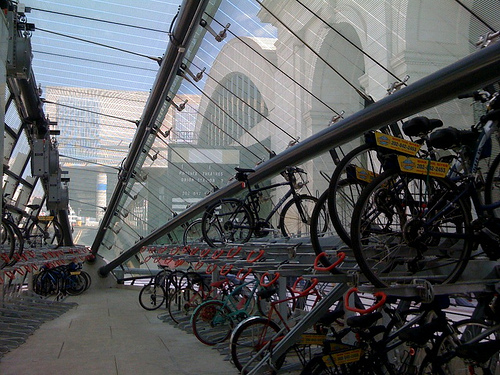 Mobis Transportation operates Bikestations in several cities throughout the country including five in California, Seattle, and their first east coast Bikestation in Washington.

How it works; the 1,600 square foot structure houses 100 bikes. Cyclists buy a membership for up to $96/year giving them access to: 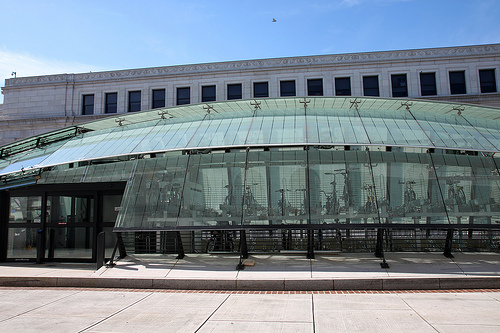 The Bikestation is a sleek structure shaped like a bike helmet. In the Washington Post’s Express Night Out blog commuter George Mino was happy to have a secure place to store his bike.

“I’ve had my bike stolen, vandalized and had the air let out of my tires,” he says. “Now I can finally buy a bike that costs more than my lock.”

While the Washington Bikestation is built and operated by Mobis Transportation, they are not the only game in town. Chicago’s Millennium Park features the McDonald’s Cycle Center. 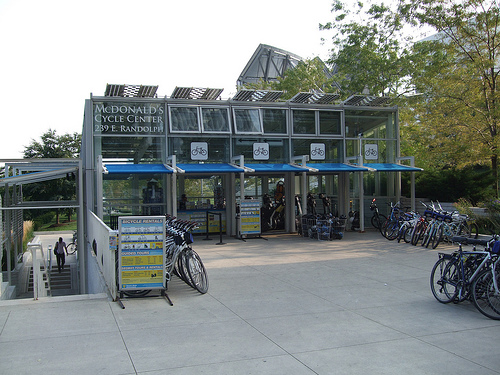 In addition to the amenities featured at the D.C. bikestation, the Chicago station has showers and bike rentals.

So, we need one of these here. Where should we put it?