Center for the New Economy

Yesterday, the ProJo reported on the OIC of Rhode Island’s move to 175 Broad Street. We’ve received the following press release from the OIC which further explains their plans:

THE OIC OF RHODE ISLAND TO OPEN
THE CENTER FOR THE NEW ECONOMY
BUILDING ON BROAD STREET TO SERVE AS HUB FOR EDUCATION, ECONOMIC DEVELOPMENT AND TRAINING FOR UNDERSERVED URBAN COMMUNITIES

February 18, 2011 (Providence, RI) – The OIC of Rhode Island announced its plans to relocate to 175 Broad Street, the former Boy Scout building, effective March 1, 2011. The building will be named “The Center for the New Economy,”

and it will house the OIC operations, as well as its education, training and minority business development services in support of the State and City of Providence’s strategic economic development initiatives.

The OIC reconstituted in November 2009 in response to the adverse impact the economy has had on the underserved urban communities of Rhode Island. In less than two years, it has developed a series of “green” training and economic development programs with the City of Providence and the State of Rhode Island.

Center for the New Economy

Michael Van Leesten, Board Chairman of the OIC said, “There is a compelling need to connect the underserved urban populations to the projected job and business opportunities in the emerging knowledge, green, energy, and health industries. These communities are a natural resource for enhancing the State and City economic base. As such, they should be viewed as an important investment opportunity.”

Van Leesten continued, “The Center for the New Economy will focus on organizational collaborations at the highest levels and will be aligned with the strategic economic development planning of the public and private organizations, major tax exempt institutions, as well as community based organizations.”

The OIC of Rhode Island, a comprehensive training and community development center, served the Rhode Island community well in responding to the pressing urban needs from 1967 to its closure in 1991. Thousands of underserved Rhode Islanders were provided comprehensive employment, youth, and community development services. The organization also spawned The Omni Development Company, Peerless Precision Company (now Banneker Industries), The Langston Hughes Center for Arts, The RI Black Heritage Society, and built the facility that now houses the Community College of RI in Providence.

In addition to the OIC, The Genesis Center, and Amos House will also have offices at 175 Broad Street according to the report yesterday in the ProJo.

You may remember that back in 2009, the 175 Broad Street site (which sits next to Route 95 across from Crossroads RI) was being eyed by CVS for the site of a pharmacy (they were likely to seek a drive-thru). While the derelict building has become a magnet for nefarious activity over the years, a CVS with drive-thru is not the best use of this urban location.

While some may argue that there are too many social services organizations in South Providence already, the South Providence community is one of the key areas OIC will likely look to serve. Having the 175 Broad Street site occupied and active is a positive step for this area which serves as the gateway from Downcity to South Providence.

The City of Pawtucket Department of Planning will be holding a meeting to discuss potential alternatives to the existing Rhode Island Public Transit Authority (RIPTA) bus hub on Roosevelt Avenue. The Department has been... 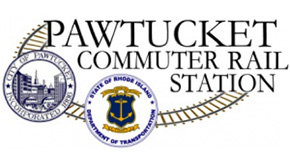 COMMUNITY WORKS RHODE ISLAND RENOVATES SIGNIFICANT BUILDINGS IN ITS ONGOING EFFORTS TO STABILIZE THE ELMWOOD NEIGHBORHOOD. Community Works Rhode Island has completed the renovation of a significant historic residence on...