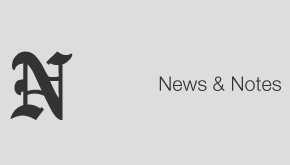 These activist microdevelopers are different from the slumlords and absentee owners who buy properties in bulk, rent them to vulnerable communities and spend nothing on refurbishment or services, compounding Buffalo’s woes.

Recently, Mr. Abell, who grew up in Buffalo but left after high school, recalled what brought him home a few years ago and has kept him enthralled. “What’s drawn me in deeper,” he said, “is the D.I.Y., roll-up-your-sleeves community-building ethos that has taken over the entire city. Everyone has three charities they’re working on. I’ve never seen a group of people who give more of themselves.”

Detroiters aren’t taking their city’s decline lying down—and a determinedly “can-do” attitude is driving everyone from individual activists to the community development groups, private investors, and philanthropic organizations that are reshaping the city. “Detroit is the type of city where you have to jump in and roll up your sleeves and do work,” says Community Development Advocates of Detroit Director Sarida Scott-Montgomery, a lifelong resident who will proudly tell you that she and her family chose to stay. “This is not an ‘easy’ city. But that, to me, has almost become an inherent part of being a Detroiter. Detroiters work. We are resilient.”

But even with long crossing times, a pedestrian still risks her life when crossing the street for another reason: just because the pedestrian has the light on her side does not mean there are no cars coming at her. Here in New York, when I see a “Walk” sign at a north-south avenue sign I only know that I need not fear a car coming southbound or northbound- but I am still fair game for cars making left and right turns. For these cars, the light is still green. One solution to this problem is to have “four-way” stops where (at least for a few seconds) the light is red for motorists making turns as well as those who are driving straight through an intersection.

The Guardian: The secrets of the world’s happiest cities

Peñalosa insisted that, like most cities, Bogotá had been left deeply wounded by the 20th century’s dual urban legacy: first, the city had been gradually reoriented around cars. Second, public spaces and resources had largely been privatised. This reorganisation was both unfair – only one in five families even owned a car – and cruel: urban residents had been denied the opportunity to enjoy the city’s simplest daily pleasures: walking on convivial streets, sitting around in public. And playing: children had largely disappeared from Bogotá’s streets, not because of the fear of gunfire or abduction, but because the streets had been rendered dangerous by sheer speed. Peñalosa’s first and most defining act as mayor was to declare war: not on crime or drugs or poverty, but on cars.

Is urban design really powerful enough to make or break happiness? The question deserves consideration, because the happy city message is taking root around the world. “The most dynamic economies of the 20th century produced the most miserable cities of all,” Peñalosa told me over the roar of traffic. “I’m talking about the US Atlanta, Phoenix, Miami, cities totally dominated by cars.”

On the same day last week, I came across two stories that I believe are closely (and unfortunately) related: In the first, a new report details the mental health consequences for children of spending less time playing, particularly on their own. In the second, a mom in Texas was apparently arrested last year for the simple act of letting her kids play outside. Sounds unbelievable, no?

I see two themes at work in the foregoing: First, we need an environment that allows – indeed, encourages – children to be outdoors more, to exercise and explore. And, second, we need more unstructured time for kids to be with their peers and learn life skills that they can’t learn as well any other way. These two themes come dramatically together in the case of Tammy Cooper, the mom who was arrested for allowing her kids to ride their scooters in a cul-de-sac in La Porte, Texas, a suburb of Houston.