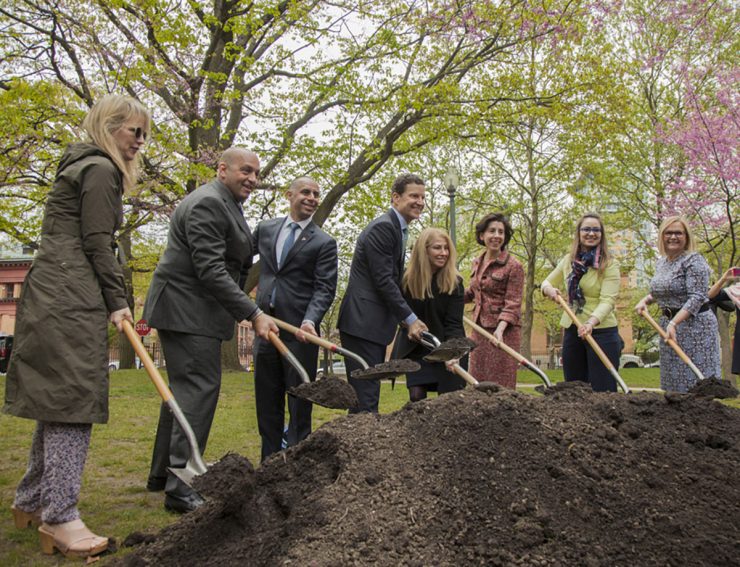 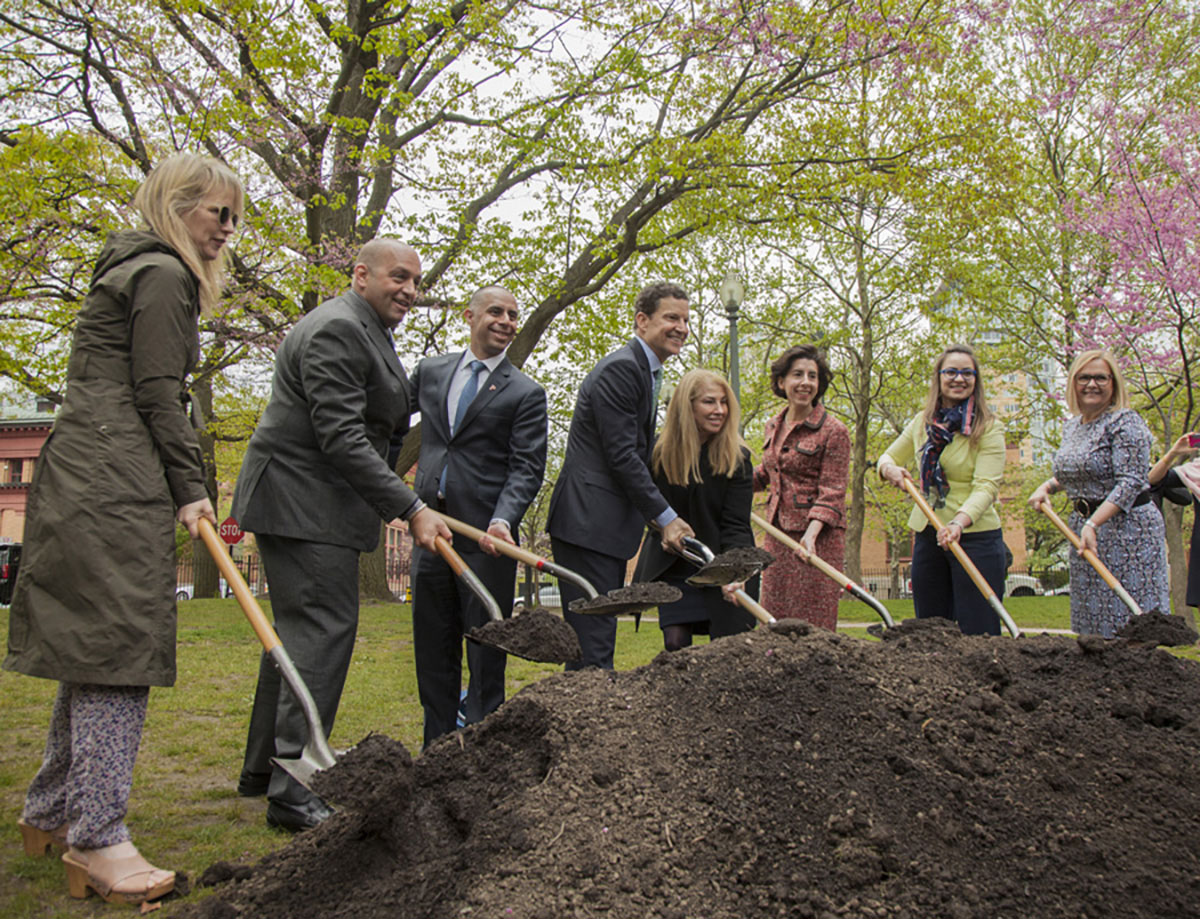 From the Downtown Providence Parks Conservacy:

An ocean of fun is coming to Burnside Park this summer!

The groundbreaking on Brandon’s Beach at Burnside Park marks a significant new investment in Burnside Park, and serves to enhance Greater Kennedy Plaza’s status as a welcoming city center and family destination. The completed playground will be sensory rich, with musical equipment, swings, and spinners. It will be appropriate for toddlers and young children of all abilities.

The DPPC also used the occasion to announce enhancements to the Imagination Center, which features new amenities made possible by a generous grant from the Hasbro Children’s Fund. It will work in concert with the new playground to establish Burnside Park as a compelling draw for families.

Read more to learn about the inspiration and design of the playground, funding sources, and the impact it’s expected to have on the community. 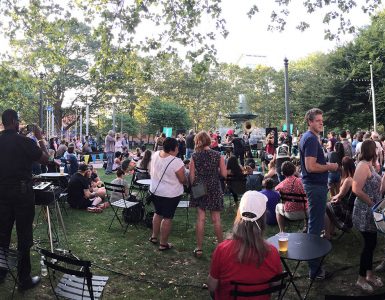