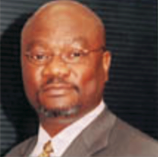 ProJo has the details about the RIPTA Board’s appointment of Charles Odimgbe as the CEO of the state’s public transportation agency. CEO is a newly created position for the agency, RIPTA’s current General Manager, Alfred Moscola will report to Odimgbe.

ProJo reports that Mr. Odimgbe is a native of Nigeria who started as a bus driver in Portland, OR in 1985. He worked his way up the ranks and is now the General Manager of the company which runs CAT, the transportation agency in Savannah, Georgia. CAT is a considerbly smaller agency than RIPTA with 235 employees and an $18million budget to RIPTA’s 842 employees and $100million budget.

Mr. Odimgbe wants RIPTA to be a “one stop shop” for transportation in Rhode Island, a phrase that has been coming out of RIPTA a lot recently. He hopes to bring the commuter rail operations, which currently fall under RIDOT, over to RIPTA (the commuter rail is run by the MBTA under an agreement with RIDOT). He is also looking to streamline RIPTA’s operations and make the agency more efficient.

Board Chairman John Rupp wants to see RIPTA support the state’s economic development, realizing that a good transit system is attractive to companies and talent that are looking to relocate.

Odimgbe will be looking to raise more money for RIPTA. He’s already floating the idea of a sales tax for transit (very brave man):

RIPTA has been bedeviled by funding shortfalls from the state gasoline tax as revenue flagged with a reduction in driving. Odimgbe mentioned the sales tax as an alternative revenue source, having successfully pushed for a sales-tax initiative in Canton, Ohio, where he headed the Stark Area Regional Transit Authority from 2000 to 2009.

We don’t know too much about Mr. Odimgbe yet, but that doesn’t mean we can’t talk about him right? That’s what the internet is for. The fact that he started out as a driver seems like a big positive to me. He has an understanding of labor, and has actually interacted directly with buses and the riding public. He seems to be on all the right talking points, of course the interview process probably helped that since they are the same talking points that have been coming out of the agency for a while now. He seems not to want to reinvent RIPTA from scratch, saying RIPTA’s staff is “doing a wonderful job.”