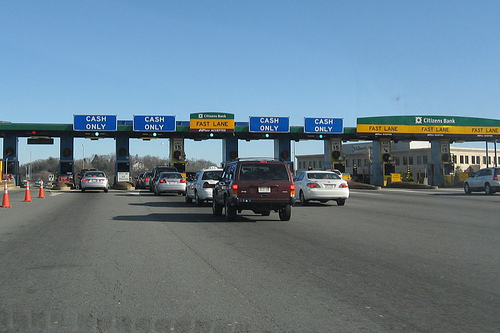 Lewis says the tolls would create a much-needed revenue stream, in part from out of state drivers passing through the state. In one example of the state’s urgent transit needs, Lewis says work must begin within four to five years to replace a portion of I-95 near the Providence Place mall.

“We don’t have a source of funds for that [work],” he told me after taping WPRI/WNAC-TV’s Newsmakers this morning.

Of course this is not the first time the state has discussed tolling area roadways for revenue. I wrote two years ago about the need to provide a carrot in the form of better mass transportation, especially across the Massachsuetts border, to go with the stick of tolls.

Better transit will especially be needed when it comes time to replace the viaduct on Route 195 behind the Providence Place Mall. Can anyone imagine the chaos that project will cause?