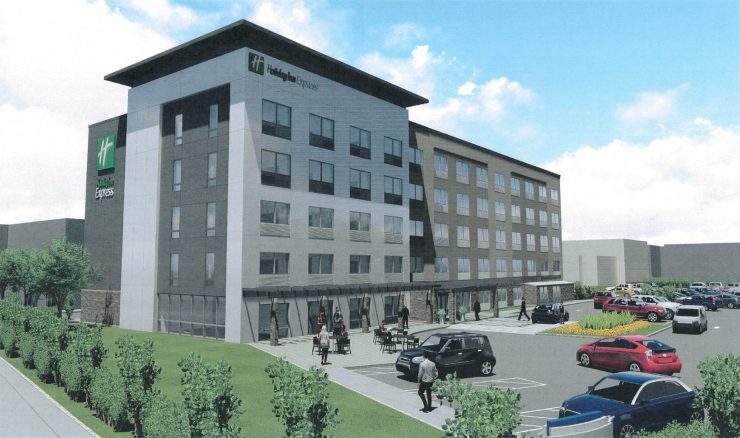 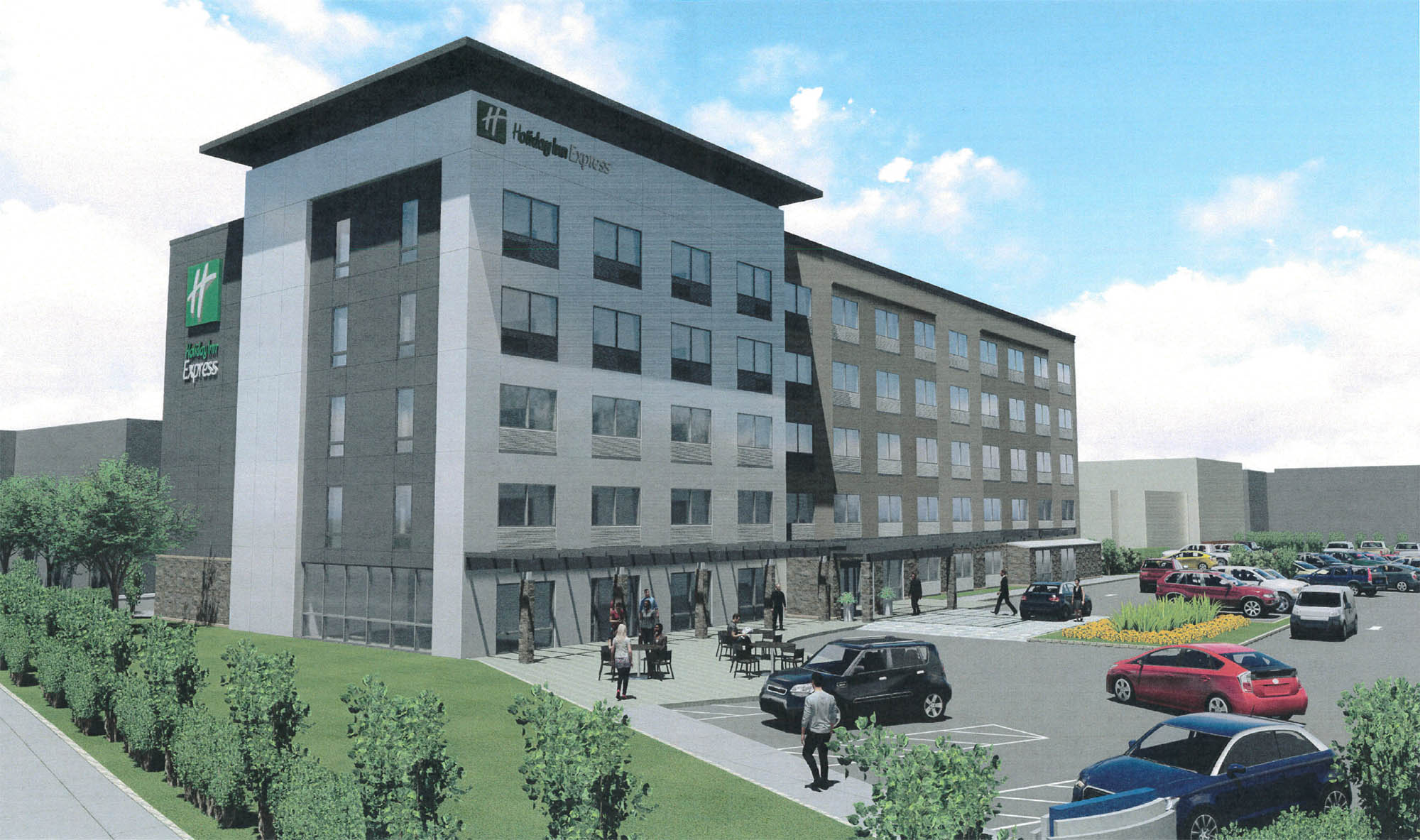 At the October 18th City Plan Commission meeting a proposal for a Holiday Inn Express on Pine Street at the west side Service Road adjacent to Crossroads RI will be presented.

Below are renderings and plans, and a few thoughts on the proposal. The drawings and plans are by ZDS of Providence. 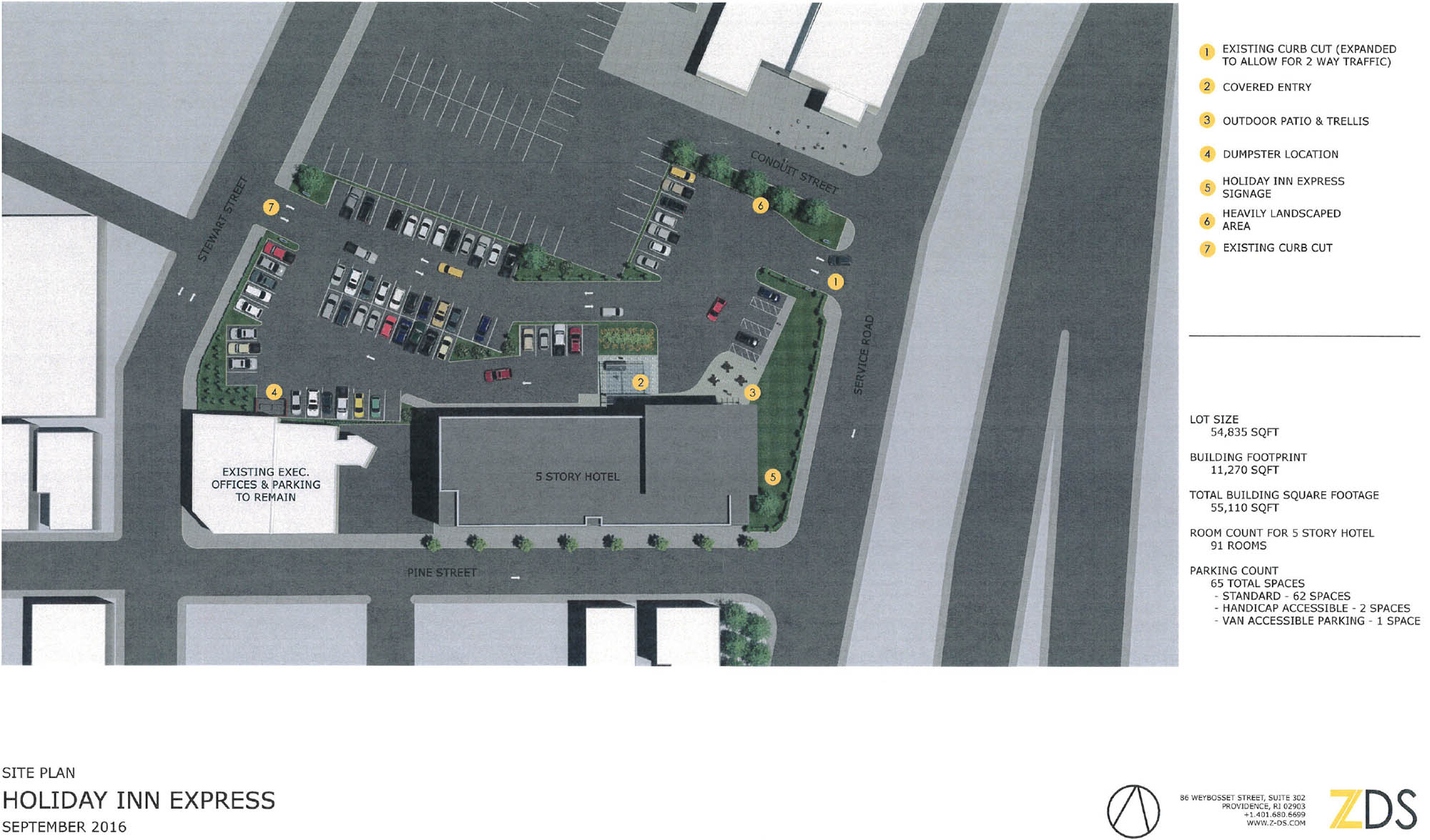 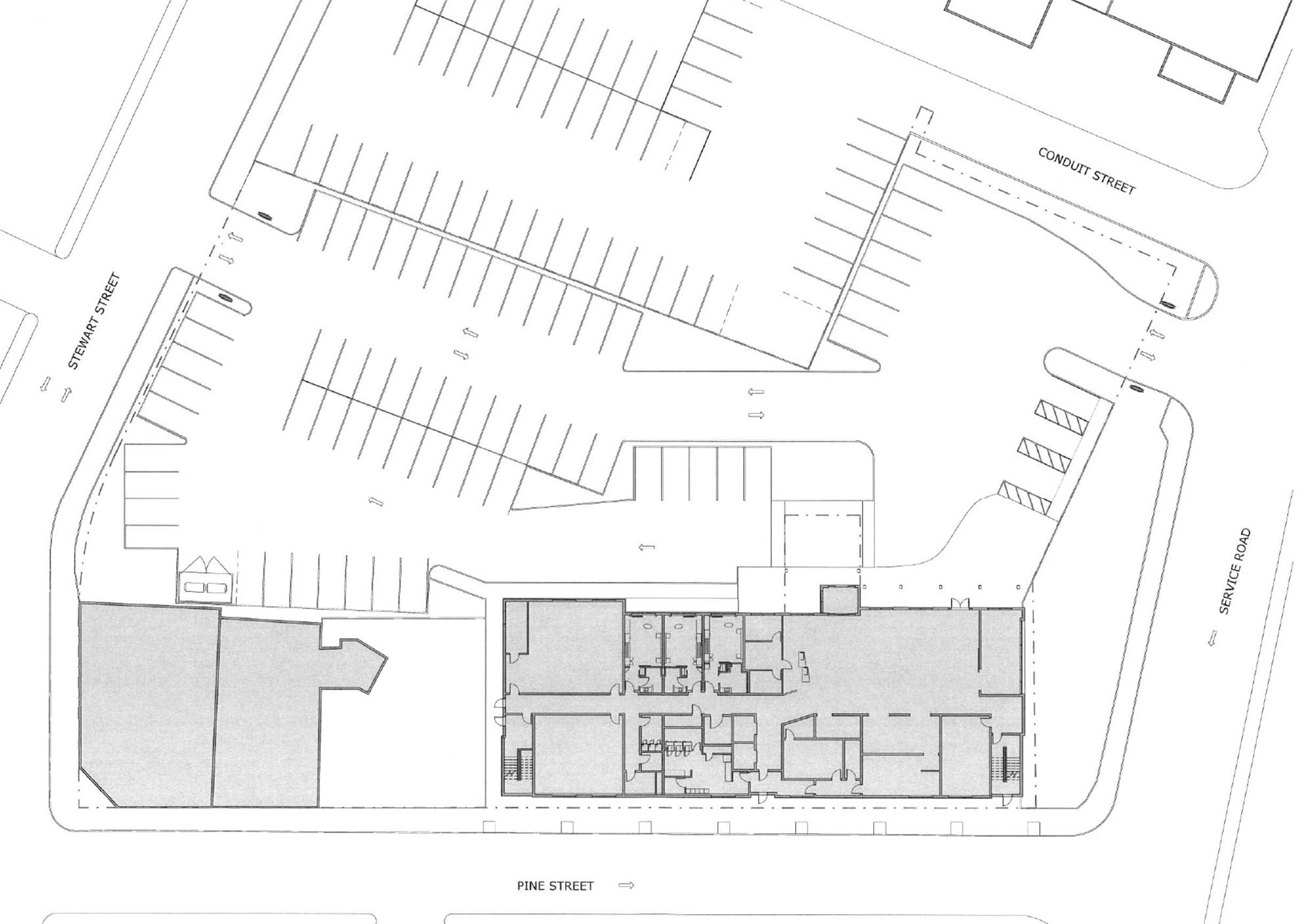 It would be easy for them to have their driveway off of Conduit Street eliminating the need for another curb cut onto the service road. They also have an alternate site plan which abandons Conduit Street. 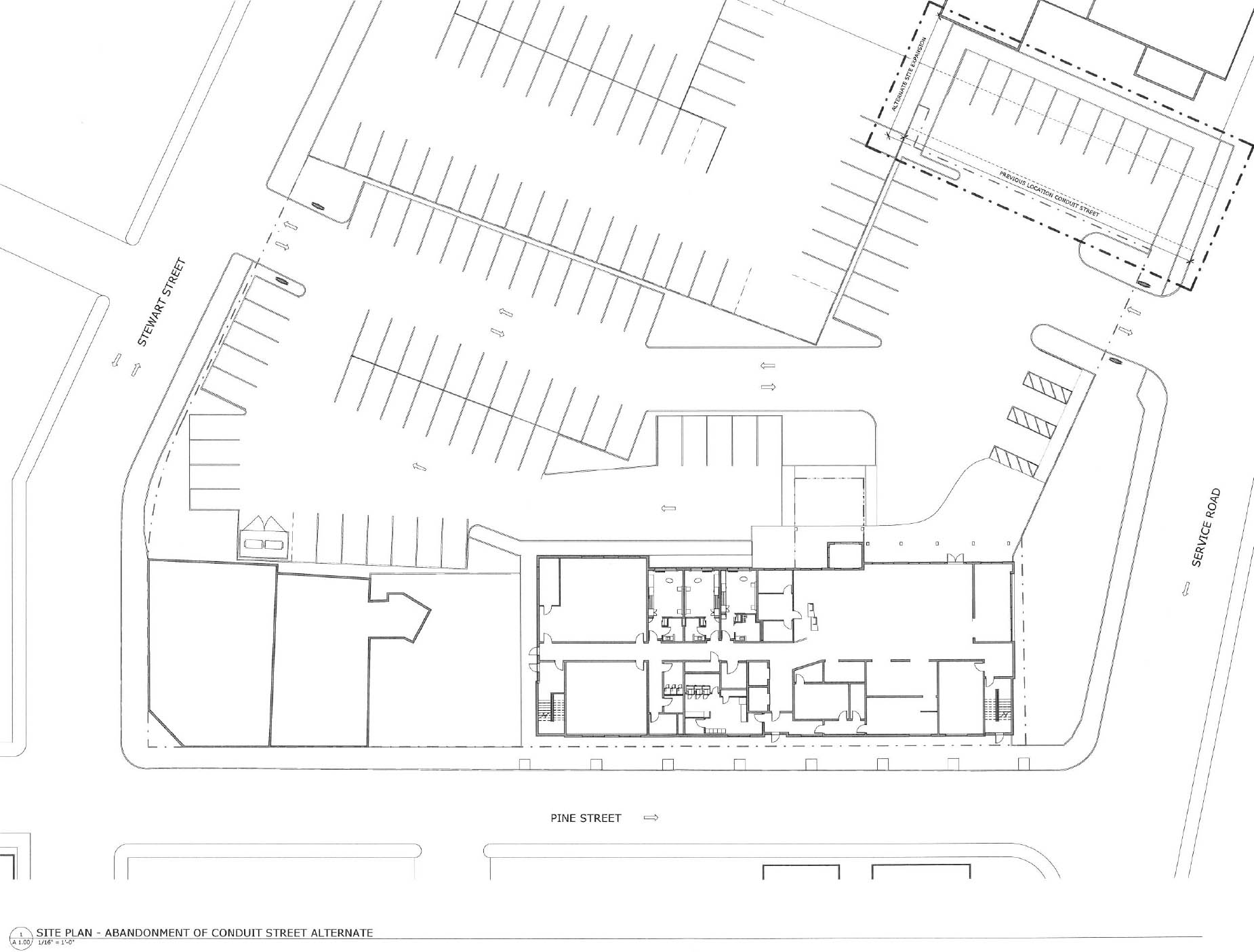 Proposed site plan option with the abandonment of Conduit Street

Generally the CPC is loathe to approve street abandonments and I would encourage them not to approve this one. The street grid most certainly could and should make a comeback here with the area surface lots built on.

The CPC notice on this project says it is located within a Transit Oriented Development (TOD) zone. Stephen Miller rightly asked:

How this setback and street wall could possibly be appropriate for a TOD zone is beyond me. https://t.co/W9WSZ4BAXT @gcpvd @ProvPlanning pic.twitter.com/GNyg5tfJXL

The setback is a relic of the parcels being condemned to build Route 95. If you look at the parcel map for this area, the subject parcel is 654, you’ll see it has a bite taken out of it and does not actually reach the Service Road. There was a parcel next to it before the highway was built and before the Service Road was there.

Even if they wanted to, the developer cannot build to the street as they do not own the land that reaches all the way to the street. This is a problem in various sections of the Service Road and something the City and State should address. RIDOT owns the land between the Service Road and Parcel 654. We should create a mechanism by which if an abutter plans a building along the Service Road, the State should transfer land to the abutter to allow the building to be built properly to the street. This of course should only be for buildings, we should not be giving abutters land to expand surface parking lots. 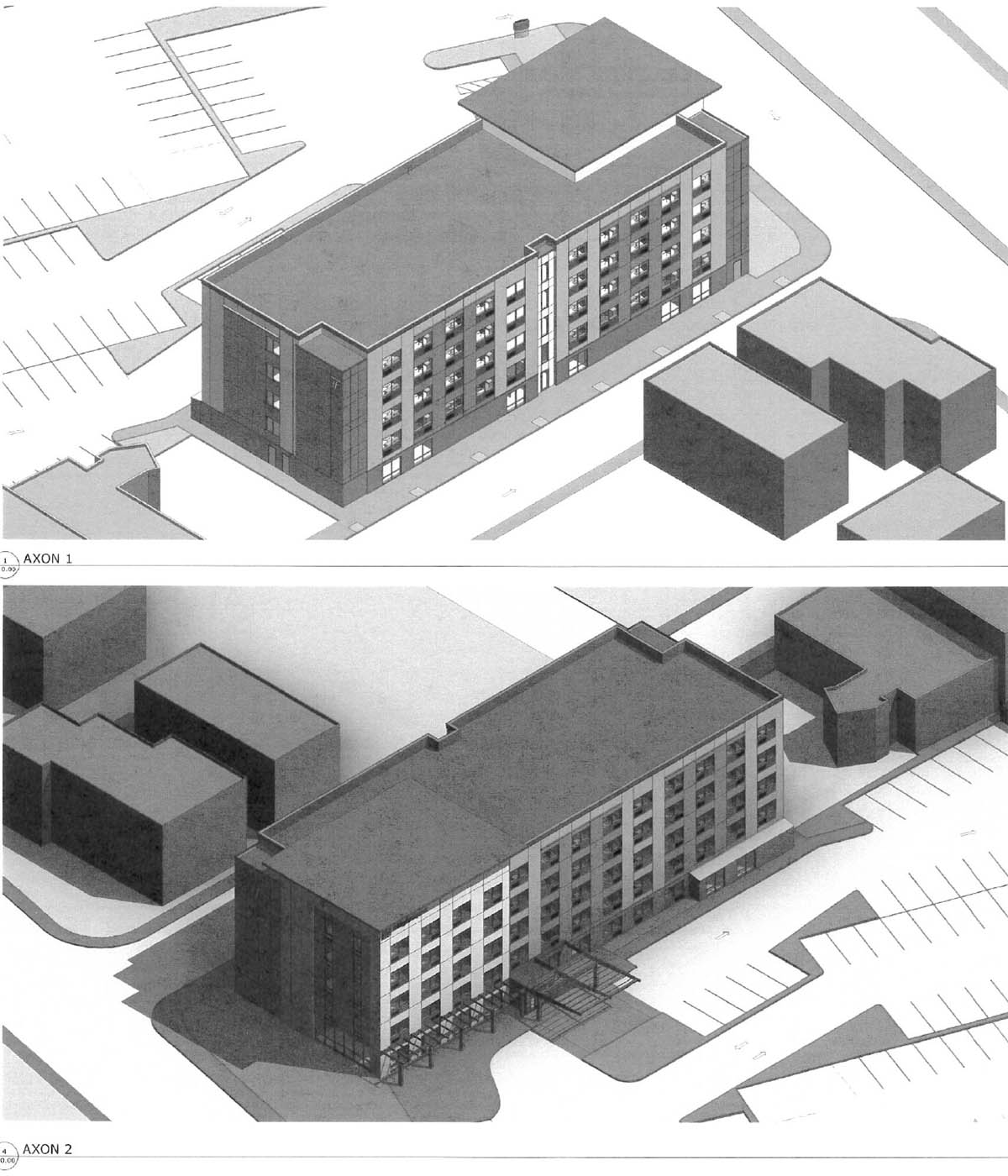 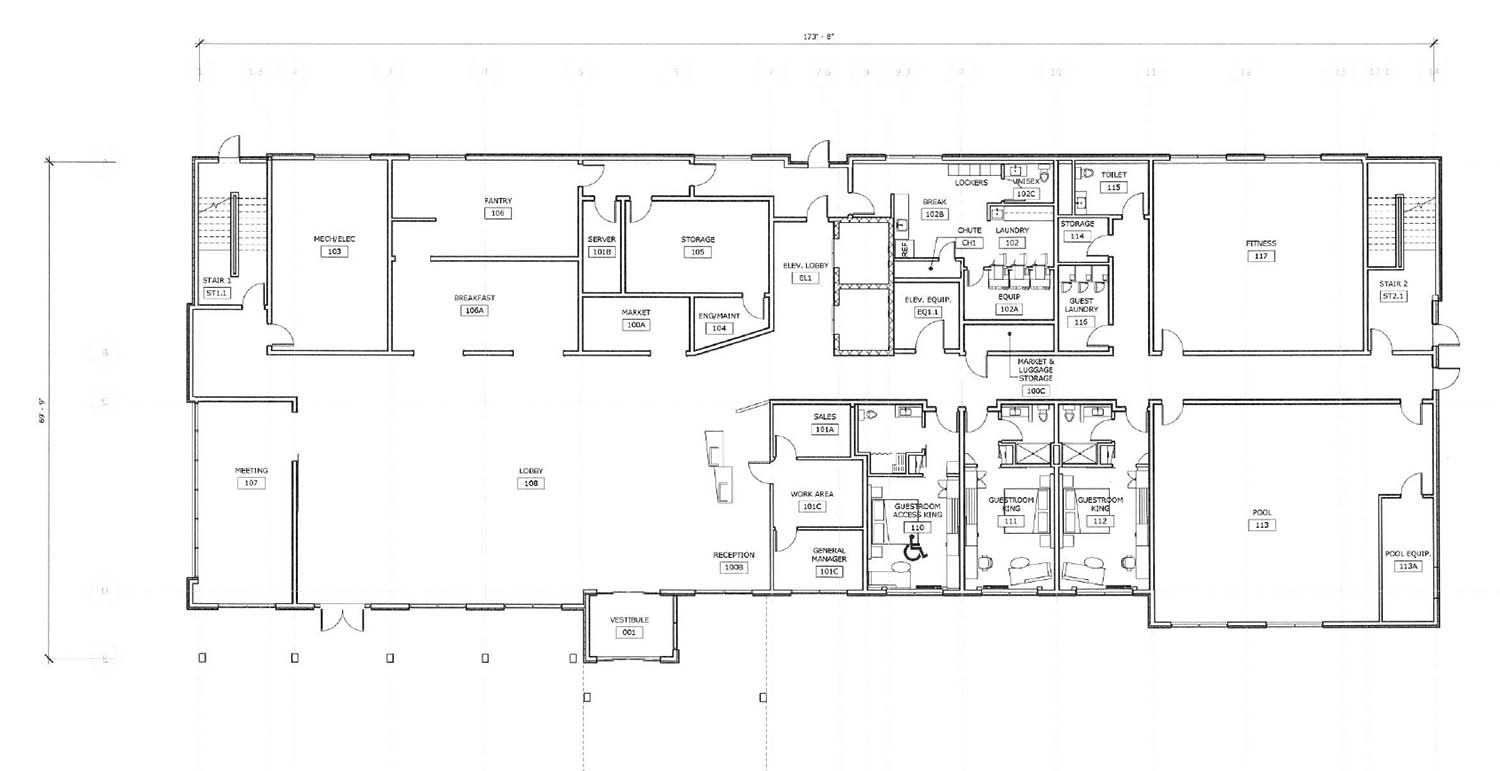 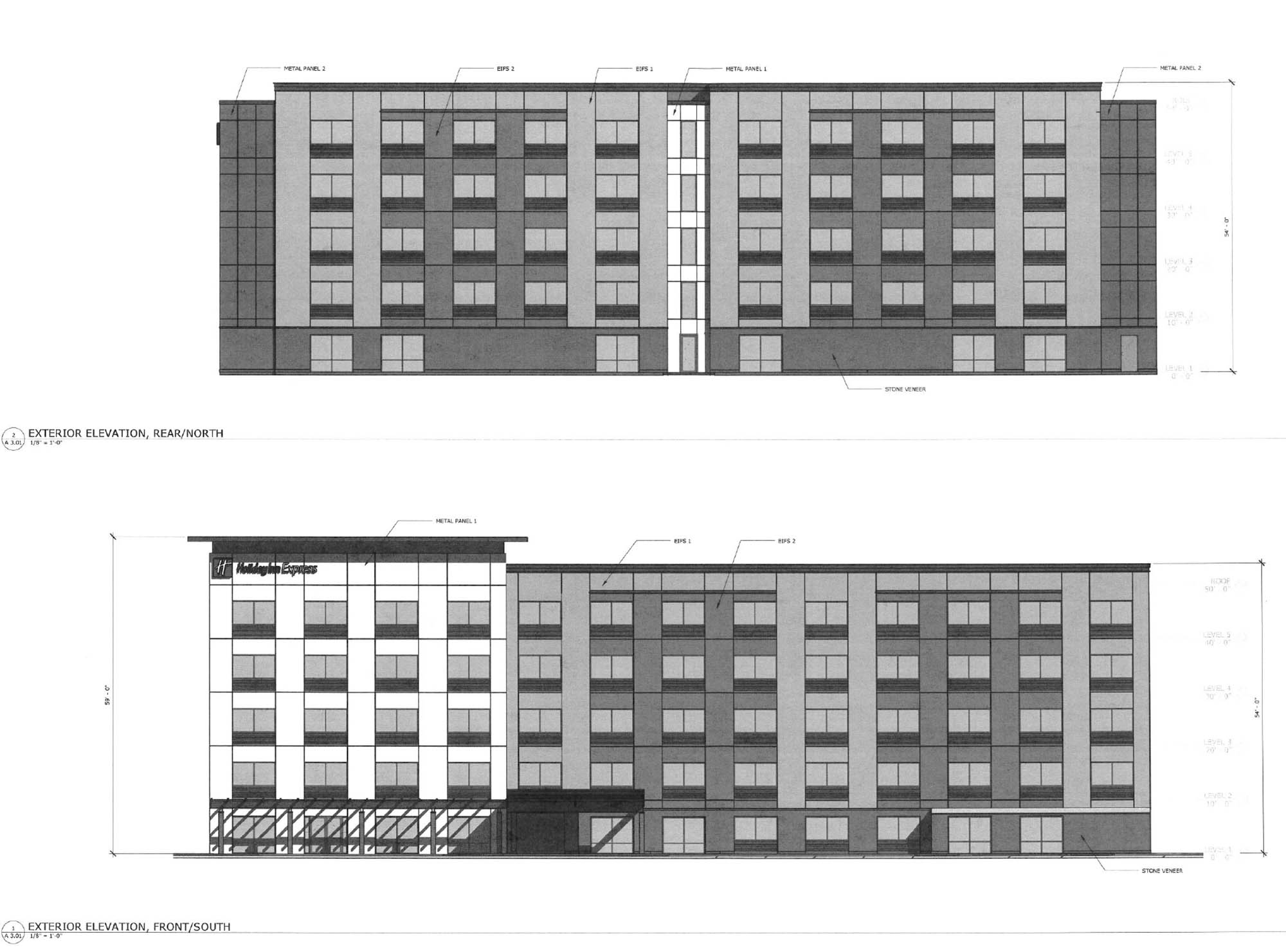 The North Elevation faces the parking lot and the direction of travel on the Service Road, also southbound traffic on Route 95. 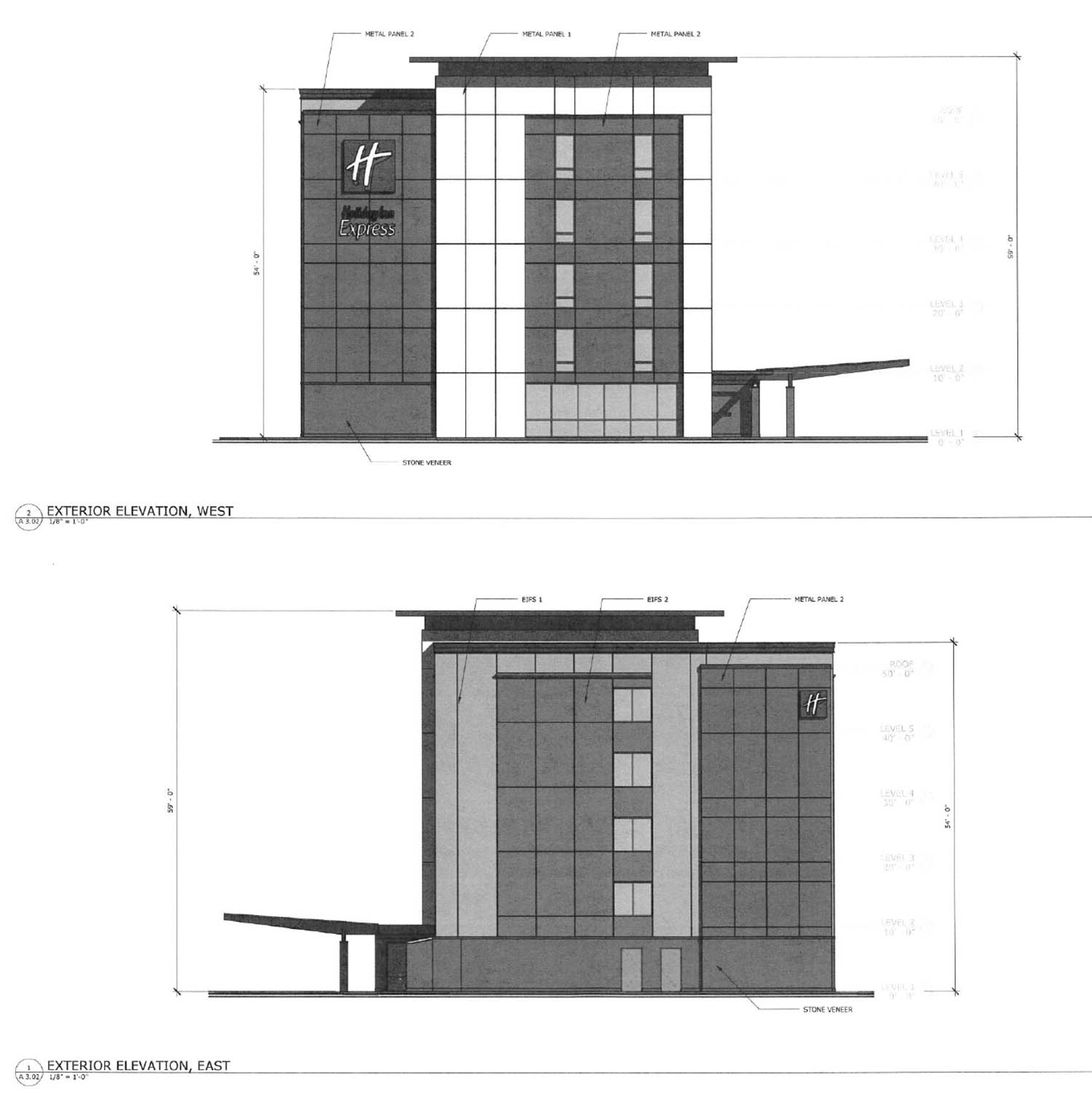 The West Elevation faces the Service Road and Route 95.

The building itself is meh. I could live with it as is, the CPC will probably offer some direction on the design, but it is what it is. And as we already discussed, the setback is unavoidable unless we can find a way to transfer the sliver of land between the parcel and the lot from RIDOT to the developer.

In a perfect world there would be more of a presence on the ground floor along Pine Street, but Pine Street is not a heavily traveled street, retail would just wither and die there. It is unrealistic at this point.

The parking lot is egregious, especially in what is supposedly a TOD zone. But what is most egregious about it being in a TOD zone is that the developer is asking the City for less parking than required (65 spaces rather than the required 91) at the CPC meeting. I mean, come on!

What could happen here someday… Scroll up to the full-color site plan at the beginning of the post. See where there are no cars rendered into the parking lot? That is a separate parcel, actually the parcel that Crossroads sits on (it appears Conduit Street may be abandoned there). Put the driveway for this parcel on Conduit Street, and build housing on the rest of that lot, allowing Conduit to continue through to Stewart Street and beyond. The hotel’s parking lot becomes less of a blight if it has buildings on both sides of it.

This other parcel would be a really good location for transitional housing for currently homeless individuals. It would allow for people to attain housing stability and be proximate to the services that Crossroads offers. People in this housing would be good candidates for jobs at the Holiday Inn Express. If Crossroads indeed already owns that, it seems like a no-brainer.

What does everyone else think about this hotel proposal? And also, should we start some sort of pool betting on when one of the handful of hotel proposals out there is first to get shovels in the ground? 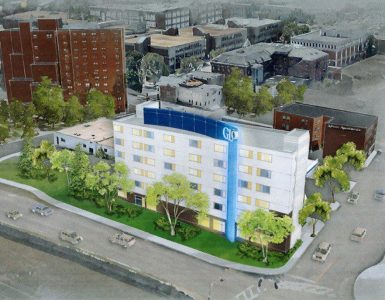 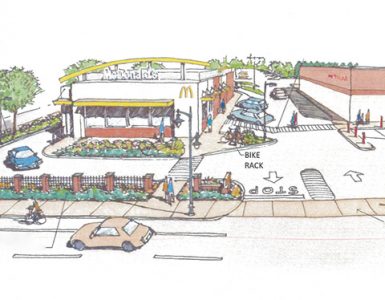