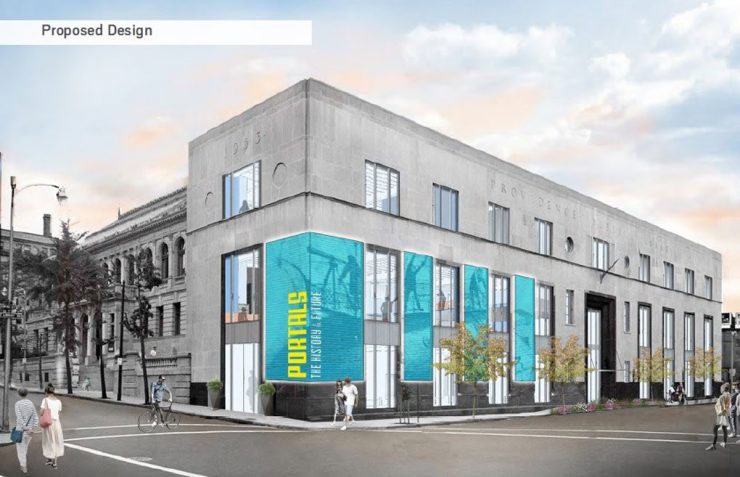 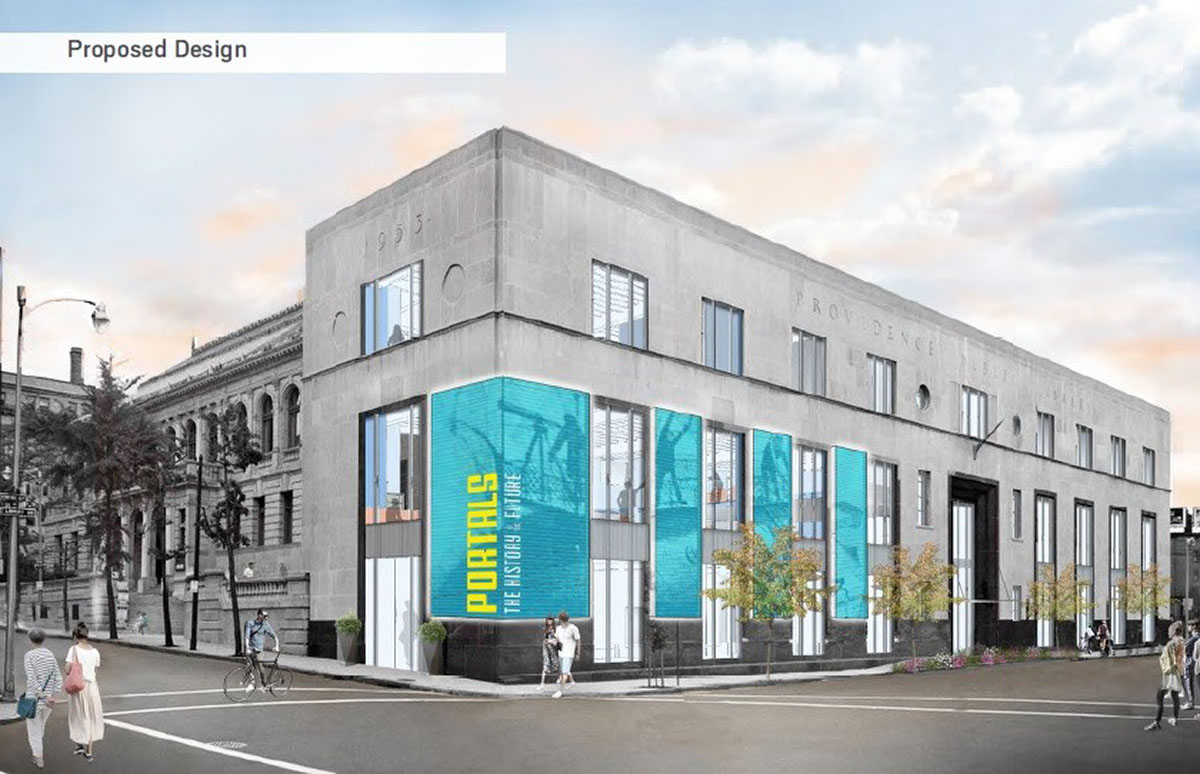 The Providence Public Library is planning a major renovation to their Empire Street building.

Read more about the PPL planned renovations on their website.

The proposed LED screens on the Empire Street facade of the building (shown rendered at the top of this post) is causing some sturm und drang among some preservationist and others. Providence Business News reports on the controversy. Personally, I kind of like the screens. I’m all about more light and signs downtown, especially proximate to LaSalle Square. 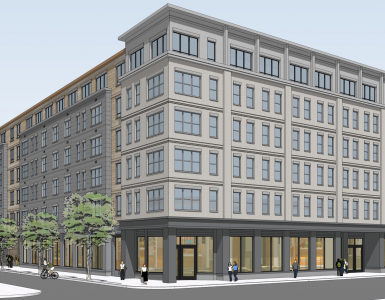 DRC considers new building at 78 Fountain Street and signage at the Providence Public Library at their March 13th meeting. 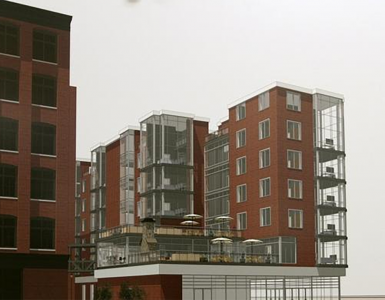