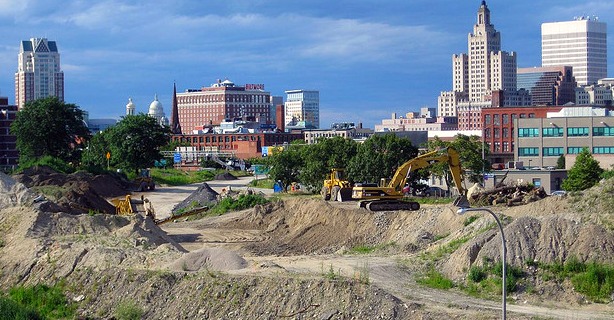 The Providence Journal reports on last night’s passage of the Route 195 Redevelopment District Commission through the Senate.

After spirited debate Thursday that centered on how much power to grant seven individuals, the state Senate approved a bill that creates a commission that could decide almost everything about how to develop a prime piece of real estate in the capital city.

The Senate voted 26 to 9, with 3 abstaining, on the bill that could determine the future of 35 acres available for development since the relocation of Route 195.

Senator Rhoda Perry who represents Providence’s East Side voted against the legislation. A breakdown of the Senate votes can be found here.

Why is the Governor so keen on creating an all powerful commission which is in no way beholden to the wishes of the people nor the City of Providence?

Sen. John J. Tassoni Jr., chairman of the housing committee, urged passage and criticized the citizens advocacy group Common Cause for writing a letter to senators opposing the bill. Common Cause first expressed concern about the commission after revised legislation to create it was unveiled at a committee hearing in late May.

A vote on the bill was sidelined because, Ruggerio said, he was grappling with concerns from Common Cause. Two days later, the committee approved a reworked version of the bill, which is what the Senate approved Thursday.

“Shame on you,” Tassoni repeated. “…So if you have a question, it’s too late.”

Whoa Sen. Tassoni. This Bill was only allowed to exist for about an hour, there was no “24th hour.” You may remember Ian Donnis’ reporting from May 27th.

The afternoon of the Friday before Memorial Day Weekend, the Senate announced an ammended version of the legislation, and that it would be voted on in committee, the following Tuesday, i.e. the day after the long holiday weekend. Members of the Senate Committee charged with reviewing the legislation asked for the original May meeting to be pushed back because they described the legislation to The Journal as ‘being kept under tight wraps.’

When Sen. Tassoni is crying “shame” at those who have concerns about the legislation, and Sen. Ruggerio keeps stomping his feet and insisting it is state land and The City and the people should just butt out; does one really have to wonder why there are concerns about an unelected commission having complete control over so much valuable land in the center of Providence? Senators Tassoni and Ruggerio are elected and should care about being re-elected, the commissioners, not so much.

Now that it has passed the Senate, this legislation moves onto the House where it can be passed as is, changed and passed, or allowed to die.

On Monday afternoon there will be a Community Forum at The Spot in the Jewelry District. Everyone with concerns about this legislation is urged to attend.

Update: Rick Reed/Gary Sasse: How to do the Knowledge District [The Providence Journal] 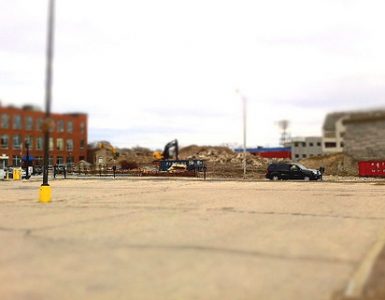