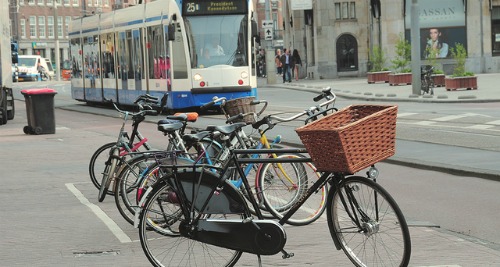 Cyclists and streetcar tracks don’t always get along, but the two should not be enemies. On the contrary, cities with large streetcar networks also tend to be the most bicycle friendly.

This is because streetcars contribute strongly to the development of more dense, urban, less car-dependent cities – the same characteristics that produce the most friendly urban bicycling environment.

If the working group formed by Mayor Luke Ravenstahl is serious about improving the retail environment Downtown, those areas might be good places to start.

Why American Roads Are So Bad [Gizmodo]

If you’ve driven across the US – or even across a state line or two – you’ve probably noticed that the roads you’re driving on suck. They suck more than a string of gas station bathrooms, more than hundreds of bug carcasses on your windshield.

Road – building is a kind of prediction game that tries to balance initial construction cost with continuing maintenance. Build a very thick road with a solid foundation|like what the Germans have done with the Autobahn – and the road wont need as much continuing maintenance. That means cracking and caving happens less often because the roads are designed to be more difficult for water to get down under. But build a thinner road with a less stable foundation, and you’re looking at lots of regular upkeep.

A good bicycle network acts as a connection between local services, offering an easy and environmentally sustainable way for local communities to get around. The addition of a bicycle network can open up areas previously disconnected due to poor public transport connections, making a city even more discoverable.

The select buses stand to do considerably better. They require riders to pay their fare at stops, rather than on the bus, allowing them to enter at any of the bus’s three doors. That cuts down the amount of time a bus idles at a stop. (Occasionally officials will board the bus and request a proof-of-payment receipt.) In addition, the buses will glide along on dedicated, painted lanes whose exclusive rights to the passage are enforced by security cameras. Additional upgrades are planned for next year, including transit-signal priority and expanded curb bulbs.

A system such as this is essentially what RIPTA is planning for their “Rapid Bus” system. Due to the size of our streets, the amount of bus only lanes will be more limited than in New York. RIPTA’s first Rapid Bus route is slated to be a combined 11/99, Pawtucket, North Main Street, Broad Street, to the Cranston line.