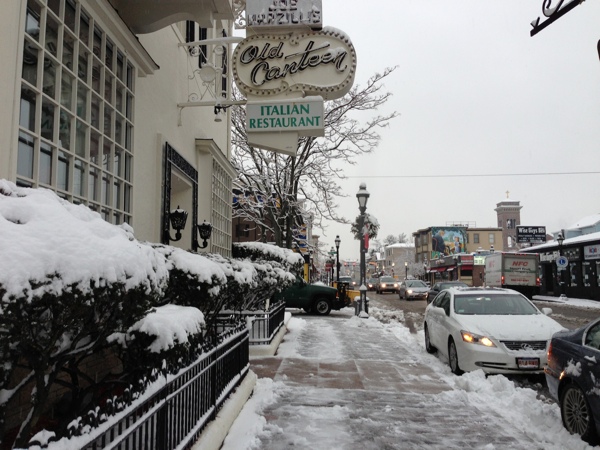 Yes, yes, the law says you have 8 hours until after the first light after it stops snowing to clear your sidewalk, blah, blah, blah… But, there is the law, and then there is sensibility and being a good neighbor. 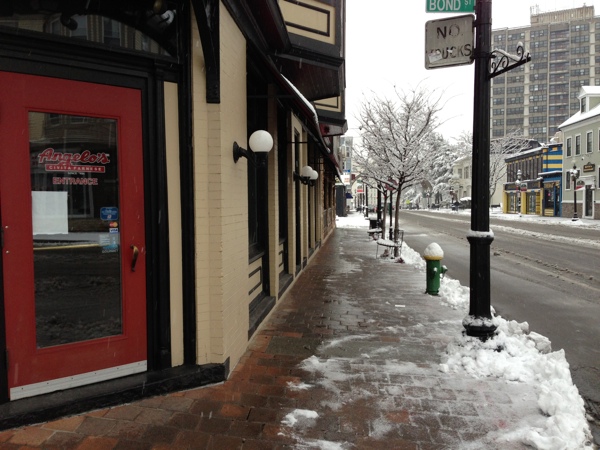 Of course, I had no doubt, even though they are not open, and not required to do so, per usual, Angelo’s sidewalk is clear. It always is, it is like the sunrise, you know it will happen. This is an example of being a good neighbor and a good business person. This simple act creates amazing goodwill from me for Angelo’s.

Up the block, The Old Canteen has been really good with the few snowfalls we’ve had this winter. That plow pulling out of the lot, the driver of that plow is the one who shoveled the sidewalk, I watched him finish up, put his shovel in his truck, and leave. Old Canteen obviously has an arrangement for both their parking lot and their sidewalks to be clear; satisfying the needs of their customers in cars and on foot obviously makes good business sense. 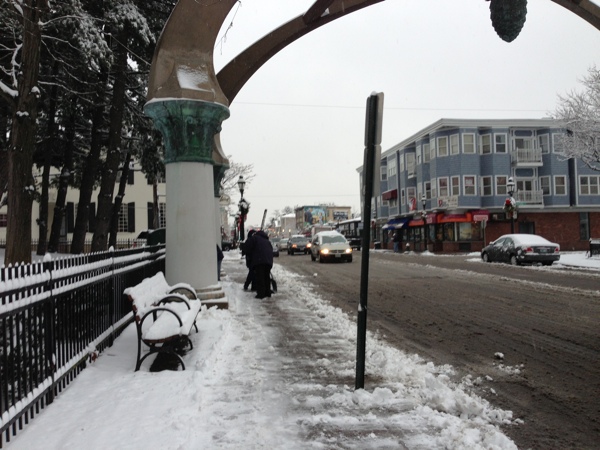 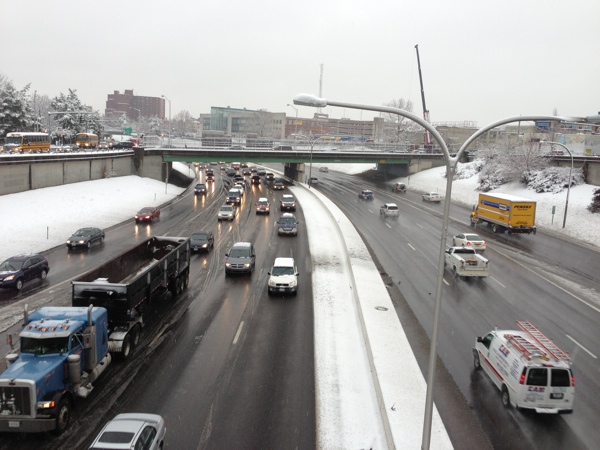 Free Wickford Junction Wednesdays don’t start until next week, but that doesn’t mean one could not pay to ride the train today. Of course then one could not arrive at work late and complain about traffic and how the plows can’t magically make snow that is still falling disappear. 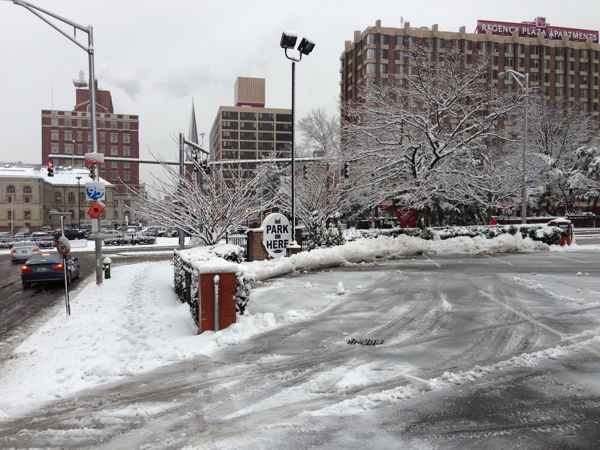 The parking lot at the Old Circular Gas Station Memorial Parking Lot™ is plowed, the sidewalks around it are not cleared. Apparently their customers have some special powers of levitation or teleportation to get from their parked cars to their final destinations. 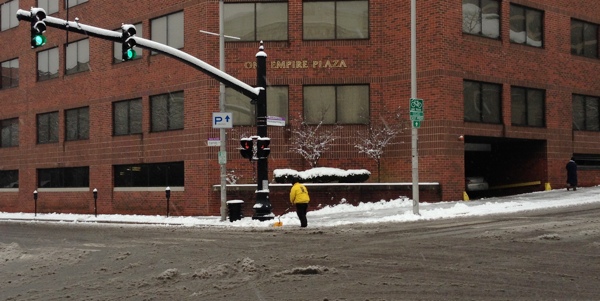 And of course, the Yellow Jackets are out in force Downcity, YAY!