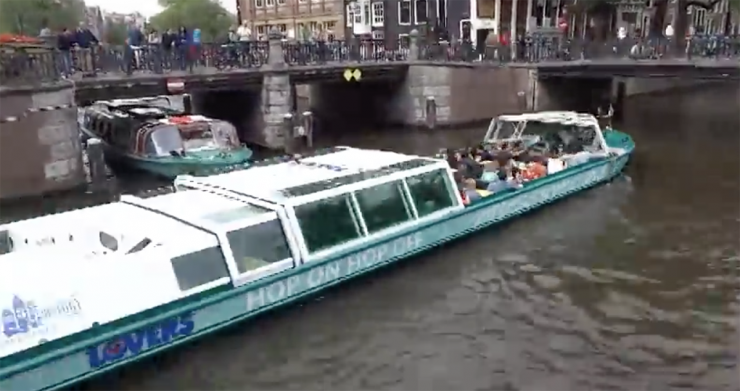 Last dredged in the 1990s, the river is now so shallow in places that even the Proud Mary has to dance around obstructions and can’t reach Waterplace Park at low tide. “I know where all those difficult places are, but north of Point Street you can run aground virtually any time,” McGinn said. “I just have to be careful and cannot go into Waterplace Park basin when it’s real low.”

Preventing the river from filling in with natural sediment requires periodic dredging, something neither the city nor state has been eager to finance in recent years. The federal government declined to tap a pool of funds set aside for dredging projects that maintain cargo shipping channels.

As a result, much of the center and eastern side of the river is too shallow for boats even at midtide and the WaterFire lightings must be planned around tidal schedules and closures of the hurricane barrier to keep water inside.

Now the depth of the river and role marine traffic should play in the revitalization of downtown has become a discussion point again as the state begins construction of new public spaces on the former Interstate 195 land.

What if traffic in the Woonasquatucket looked like this?:

I have to agree with the Planning Department, raising the pedestrian bridge is not going to solve anything when the height of the bridges upstream and downstream are the same or less. The river needs dredging, not simply for navigation, but for asthetics, it is revolting when those sad sandbars reveal themselves in Waterplace.

As for ‘water-taxi’ service to Newport… Remember when the fast ferry crashed into the hurricane barrier on its maiden voyage. We’re much better off having the ferry (if we can ever fund such a thing) run from India Point with robust land based circulator sevice to get passengers to and from the dock (and hopefully other amenties that might develop around the docks).

Perhaps if/when development on the East Providence waterfront takes off, a system of smaller water-taxi boats could ply the waters between East Providence and maybe as far up the river as Waterplace, with proper dredging.