WJAR reports that two people were struck by a driver who stopped on the Point Street Bridge on Saturday afternoon:

In Providence, police tell NBC 10 two pedestrians were struck on Saturday shortly after 5:00 p.m. on the Point Street Bridge with their backs facing traffic. The operator of the vehicle stopped and told police that he was unable to see the two walking in the road because of heavy sun glare.

The pair were transported to Rhode Island Hospital with minor injuries and the driver is not facing any charges. Police noted that the sidewalks were passable and are not sure why the two were walking in the road.

I have not been on the Point Street Bridge lately; does anyone know if it is true that the sidewalks there are “passable?” 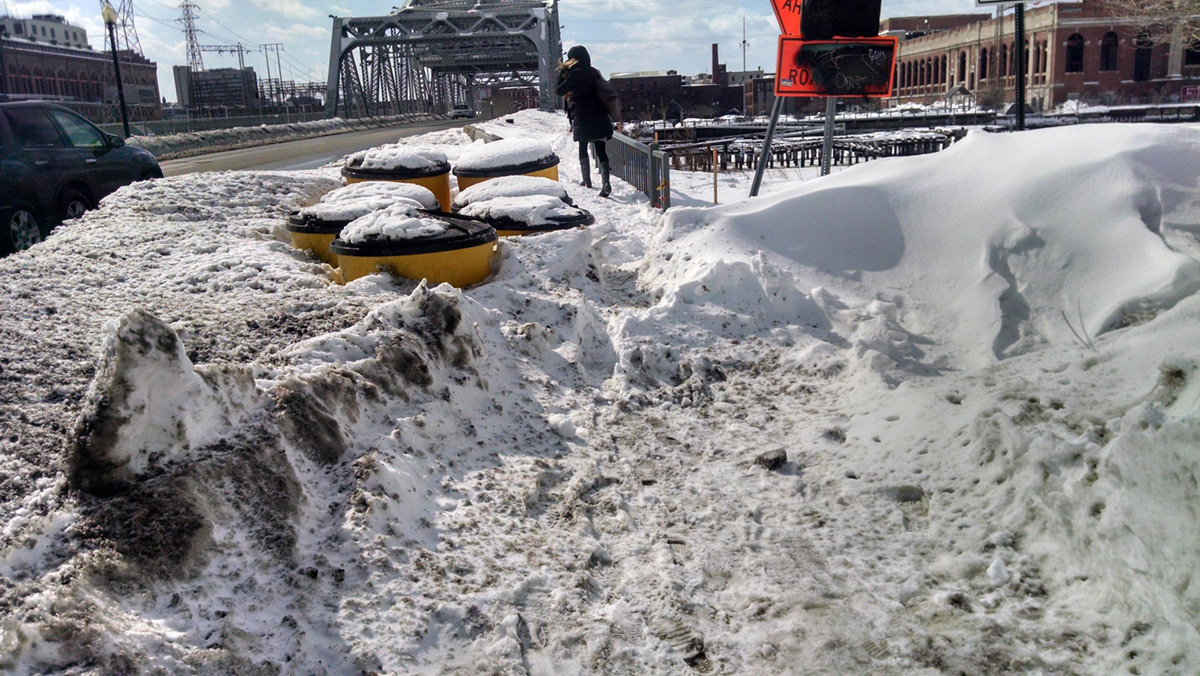 ProJo reports that a man was struck by a hit and run driver on Newport Avenue in Pawtucket early Saturday morning:

The victim, who is being identified only as a 35-year-old Pawtucket man, was walking south near 1114 Newport Avenue sometime between 1 a.m. and 2:30 a.m. when he was hit by a vehicle also travelling south, according to an email from Pawtucket Police Detective Maj. Arthur Martins.

WJAR says there was another hit and run on Newport Avenue in Pawtucket later Saturday afternoon.

There has been an alarming number of crashes involving pedestrians in the last few weeks; including in Providence, Dartmouth, Taunton, and West Greenwich.

Police are investigating a hit and run in which three pedestrians, including a toddler in a stroller, were injured Monday afternoon.