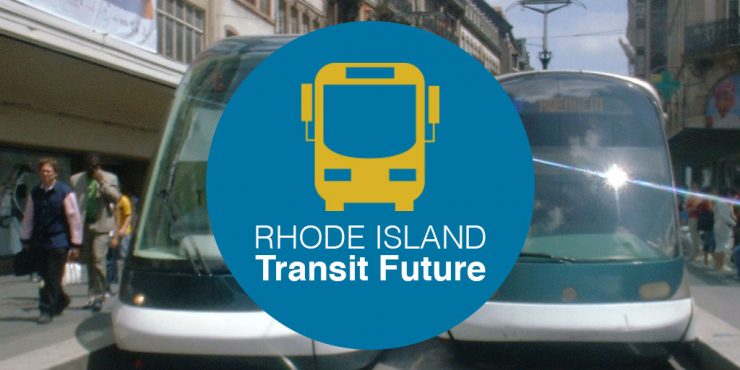 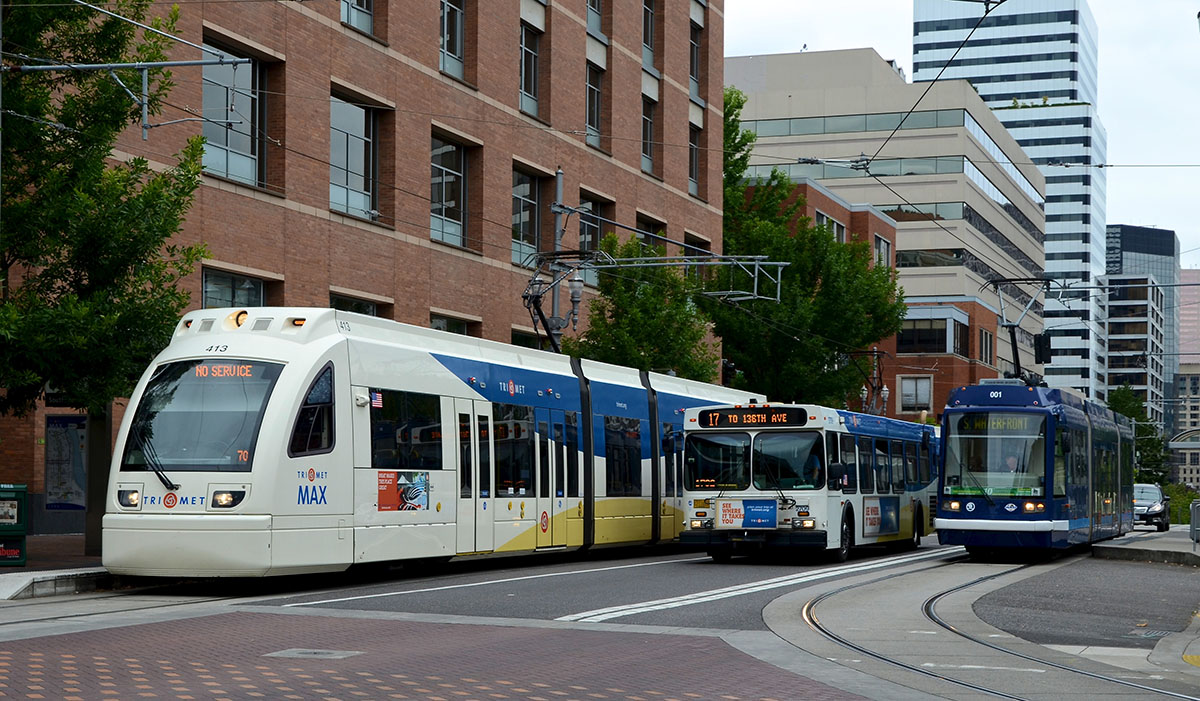 [alert type=”warning”]This post was submitted Greater City Providence reader Peter Brassard. If you’ve written something you’d like us to consider posting, please contact us and let us know.[/alert] [alert type=”info”]This is fourth of a series on ideas for Rhode Island’s transit future.[/alert]

RIPTA’s bus hub proposal and bus rerouting for Downtown Providence will produce headways (the time between arrivals) of two to six minutes. Headways for the streetcar are proposed to be ten minutes and the streetcar path would mostly duplicate RIPTA’s proposed Downtown bus route trunk lines.

With RIPTA’s planned improvements, does the streetcar proposal make as much sense now? How might the streetcar or light rail route be modified?

There are officials, members of the transit advocacy community, and the public, who suggest that Rhode Island might only be able to build a Bus Rapid Transit (BRT) system. Creating a BRT system covering most of the urban core would be a tremendous improvement that would complement the existing bus system. However, BRT could be reaching for the low bar and forfeiting greater benefits. Rhode Island might do better and BRT should be viewed as just one option. For this discussion, I will be proposing light rail, but it should be understood that light rail and BRT are interchangeable.

Another idea, instead of the current two-mile long streetcar route, would be to upgrade the seven-mile long R-Line to light rail standards, preferably extending it into Central Falls and to TF Green Airport. Since the R-Line weaves through downtown and assuming that the project is built as rail, existing TIGER grant requirements should be satisfied.

In addition to the R-Line, a second route should be part of the plan. It could originate from the eastern, more urban part of Johnston to Olneyville Square to Downtown through the abandoned rail tunnel to East Providence terminating in Riverside.

Many will argue that buses are cheaper than light rail, which is true, if viewed as a short-term initial investment.

In the mid-1970s when Portland, Oregon considered what today is their light rail system, it was assumed that buses would be used. The following factors were cited in favor of choosing light rail:

What was not considered in the Portland analysis from the 70s, were today’s gangway light rail vehicles and articulated buses, both having greater capacities. However, there remains the operational and capital cost savings with light rail vehicles.

Because rail vehicles are reliably guided by their tracks, they require a minimum width of right-of-way (ROW). This makes surface light rail especially appropriate and considerably safer for streets with many pedestrians. With rail, the ROW can be of minimum width, unlike with rubber tire. 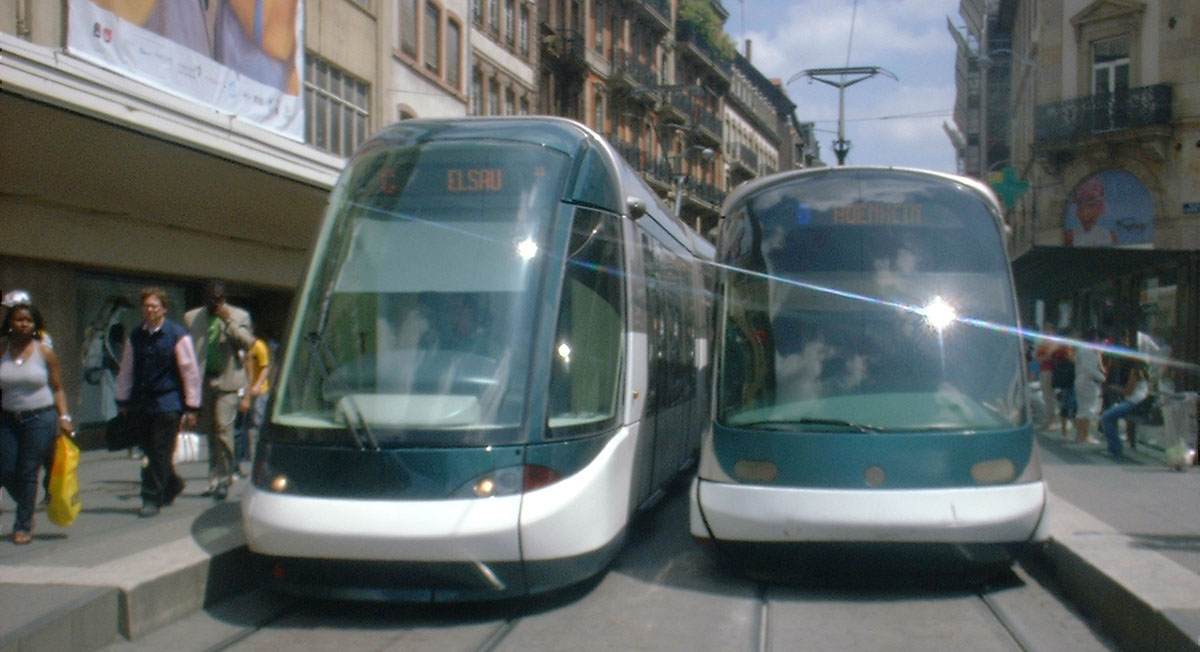 The rails provide a smoother more appealing ride. ADA compliance is much easier to achieve. The combined effect of platforms meeting the vehicle floor level allows for narrow gaps between vehicles and platforms, so there’s uniform accessibility to all vehicle entry doors. The dedicated and self-enforcing path of light rail cars discourages motorists from entering or delaying the transit line, resulting in reliable trip times.

Speed is the missing critical factor for most of Rhode Island transit. The main problem with bus transit within Rhode Island’s urban core cities is lengthy travel times, so transit can’t compete with driving in most cases. Light rail can be faster than convention bus service, if it’s located in a separate right-of way not mixing with car traffic. Priority treatment should be given to light rail (or BRT) over other travel modes.
BRT when it’s within a highway right-of-way or commuter rail lines often will have stops that are far apart. By contrast, light rail that operates in a full or partial exclusive right-of-ways on surface streets within established neighborhoods, can have more stops to serve a larger population. To be successful, light rail needs to be situated where there’s the most demand, where people live and work. Rail corridors and highway BRT doesn’t reach as many people or not directly.

Generally Providence’s urban core has constrained street widths. It’s impossible to provide an exclusive right-of-way for an entire route that uses city streets. An alternate might be to have only parts of a route within exclusive right-of ways. 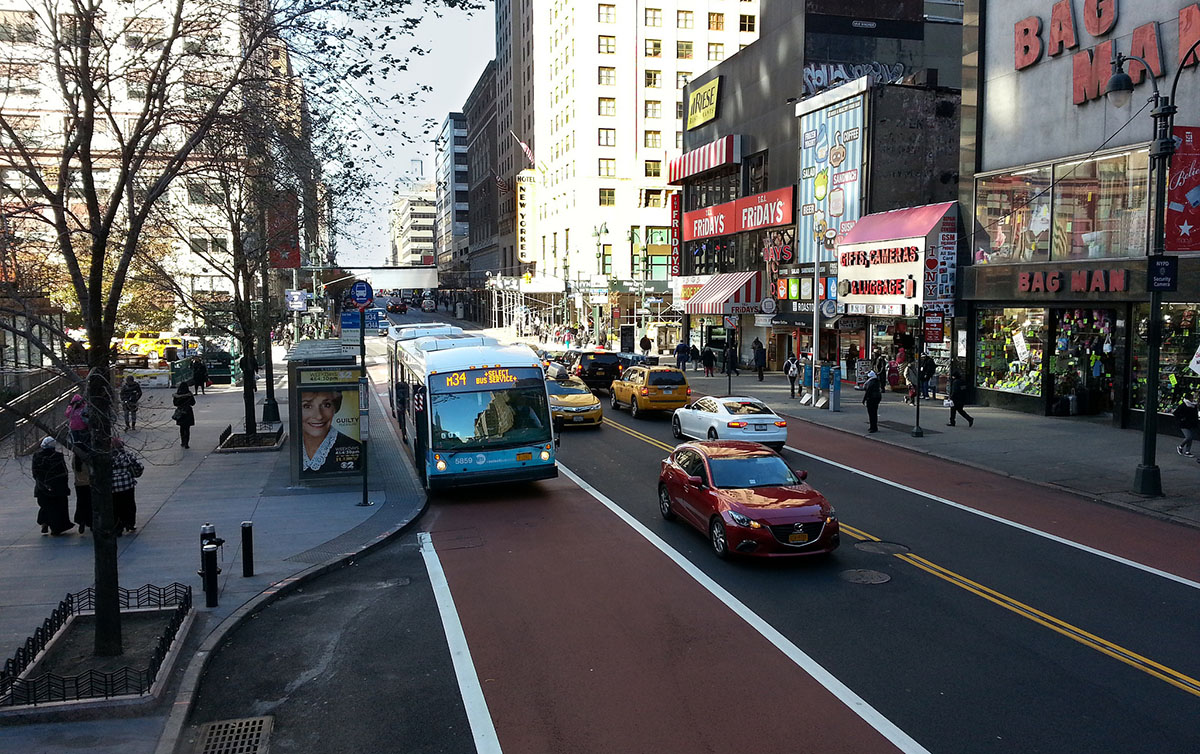 For the east-west route exclusive right-of-ways could be built on a new boulevard between Olneyville and Downtown, the rail tunnel, and a few sections in East Providence.

One reason why the Providence Streetcar is unpopular with many and has received limited support, is that since the beginning there was no larger vision for how the system might expand. The recent streetcar proposal has started to indicate potential extensions. The Transit 2020 study looked that light rail among many modes of transit. Ultimately decisions were made to pursue the streetcar project instead of light rail or something else that would serve more of the population.

Over a half million people, half of the state’s population, lives in the six cities and one town that I proposed could have light rail lines. In order to get political support for a major infrastructure project, such as a light rail or a BRT project, to succeed as many people as possible need to benefit from it.

If lower density cities like Portland, Austin, and Salt Lake City can develop robust transit systems that have light rail as the backbone of their systems, there’s no reason why Rhode Island, the second most densely populated state, can’t do something similar or better.

A grand transit vision for the metropolitan region needs to be developed and articulated. Whether it’s a PRO-TRAM light rail or BRT on city streets, or better utilization of the existing Northeast Corridor for instate train service with multiple infill train stations, government leadership must step up to the plate on transit. The Governor should rally the Mayors around a new grand transit vision. 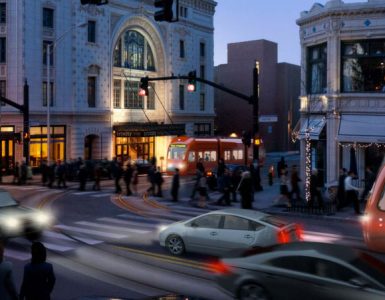