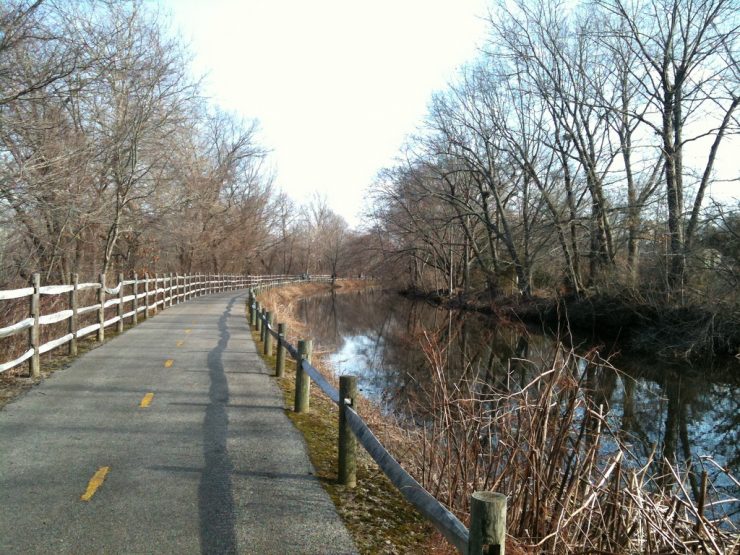 Yesterday, I got back out on my bike for the first ride of the season. Since I was also trying out my first pair of SPD pedals (pedals that clip into shoes with a binding), I didn’t want to take my ride into traffic just yet, but I was eager to take advantage of the warmer weather.

I headed back to the Blackstone River Bikeway (map), where I did my last ride of 2010. Not entirely confident, I set out cautiously optimistic that the path would be clear of snow and ice. Though there were a few patches of snow north of marker 13, enough pavement was exposed that one could still get by, but the path could definitely use some sweeping, as there were many sections that were completely covered in twigs.

As expected, the water level of the river was particularly high. Maybe not as bad as the floods of 2010, but still pretty impressive.

Despite the mess of twigs, the ride went great (loved my new pedals, too)! I hope to get out to the other paths soon and get back into the bike-commuting routine asap – though I’d like to see more progress on the pothole repairs and some street sweeping.

Have you been out on your bike yet? Got some updates on the condition of the bikepaths? Are you a smug winter cyclist? Let’s hear it in the comments!

More pics from my ride: