RIDOT announced today commuter rail service to the new Wickford Junction Station in North Kingstown will start on April 23rd. The station will be served by 20 trips per weekday to T.F. Green, Providence, and points north. Travel times being 15 minutes to Warwick, 35 minutes to Providence, and under two hours to Boston’s South Station.

“Expanded commuter rail service to Wickford is just over two weeks away,” said RIDOT Director Michael P. Lewis. “This additional service has been highly anticipated and should help alleviate congestion on our roadways.”

Fares are as follows, but only good until June 1st when MBTA fare increases are set to start:

The $25million station includes a parking garage for 1,100 cars with 10 electric vehicle charging stations, an indoor waiting area, restrooms, and a coffee shop. RIPTA bus service is expected to serve the station.

Trains leaving Wickford Junction that are headed inbound to Providence only depart at 6:55 p.m. and 7:50 p.m. A change of trains to South Station can be made at the following times: 7:28 p.m. and 8:22 p.m. 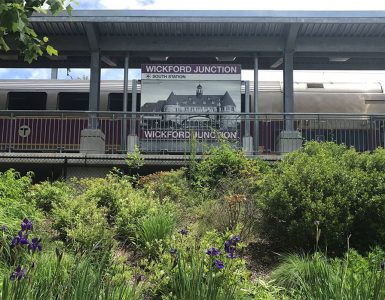