Do we have an inordinate amount of surface parking around our State House. Let’s see what our neighbors and peers look like.

Conclusions? Make you own. For me, it looks like our company for surface parking on State House grounds is Dover and Augusta, and I really want to visit Annapolis now.

Also, this is really gross in New Jersey, removed a bit from the main State House in Trenton is the New Jersey Departments of Agriculture and Labor.

I’m not sure what the Agriculture Department in New Jersey is growing. 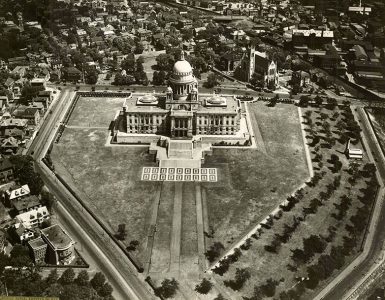 Guest post: Parking reform should start at the State House

The State House is a great place to start reforming Providence's parking crisis. The great map that Jef put up last April shows that the State House contributes considerably to the overwhelming of our downtown space by...