The Journal reported on Saturday that the parking garage at the Providence Train Station may be forced to close due to “poor design and construction and lack of maintenance.”

RIDOT Director Michael P. Lewis believes work to repair the garage could cost as much as $10 million and is seeking $400,000 in federal stimulus funds to assess the situation in the garage. The garage was built in the mid-80s by Gilbane Building Co. who had no comment for the Journal regarding the structures current condition. The Journal goes on to report on the confusing array of ownership of the structure.

“It’s like a layer cake,” said Charles Meyers, who bought the garage in 2007. His company, MetroPark Ltd., has 14 parking lots and garages in and around downtown.

Working from the bottom up: The ground underneath the garage is owned by Capital Properties, which leases the land to Meyers’ Park Row Properties. Meyers’ company owns the garage, which consists of three concrete decks enclosing two levels of parking. The top deck serves as the roof of the garage.

At ground level on top of that, above the garage and adjacent to the railroad station, are city streets, Park Row and Park Row West, surrounding a pedestrian plaza whose concrete is crumbling. That’s apparently the city’s responsibility.

The state actually has no ownership stake, RIDOT is addressing the situation however due to the station’s importance to the state transportation system.

So, are we surprised about any of this? Sadly, no. For years we’ve been watching the station crumble and the rainbow of ‘owners’ has allowed for no one to have to take the issue by the riegns. Some photos: The fact that we might have to close down a ~25 year old parking garage on account of “poor design and construction and lack of maintenance” is one thing, but these photos make me embarrased to live in Providence. Providence Station is a major gateway to our city and this is what it looks like? The city will tell us they have no money (taxpayer dollars as they call money) to deal with this problem, and I understand that is true. But who let this station rot for the last decades? We wouldn’t have the financial crisis in regards to this were it simply cared for properly from the start. Eventually, taxpayer dollars will have to be spent to fix this, we can’t just close the garage and allow the station to be swallowed by the earth. City, state, or federal, someones dollars are going to pay for this shortsightedness. I really have no words, I am just disgusted. 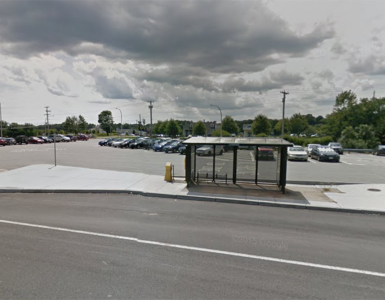