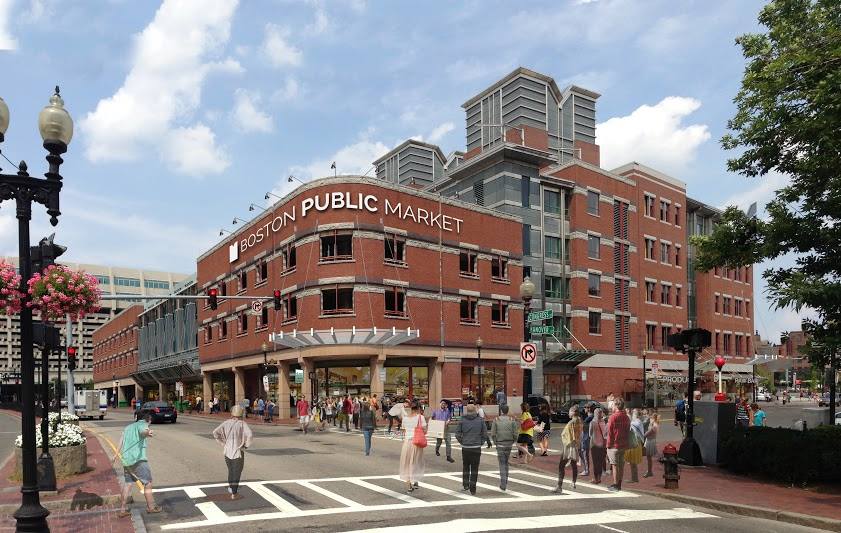 Executives with the nonprofit organization behind the market said some vendors will begin selling products in an outdoor plaza along the Rose Fitzgerald Kennedy Greenway this spring. Meanwhile, construction will proceed next door on a facility scheduled to open in early 2015.

Once completed, the indoor market will host about 40 vendors selling a wide array of local products, including fish, cheese, meats, produce, flowers, and specialty items. It is designed to function like a daily farmer’s market. But vendors will also offer prepared foods and dry goods such as books, candles, and cooking utensils.

A draft layout also includes space for a demonstration kitchen, where chefs could host cooking classes, as well as a 3,000-square-foot restaurant facing the greenway. Executives with the market are beginning to look for restaurateurs interested in the space.

The Boston Globe: Governor Patrick’s down payments on a transit legacy

Governor Deval Patrick isn’t hopping the Red Line to get to work, but that hasn’t stopped the comparisons to Michael Dukakis.

The Duke famously took the Green Line when he was governor, and Patrick’s latest transportation plan, released last week, revealed an infusion of money into rail and transit that represents the biggest commitment since the Dukakis days.

Over five years, Patrick proposes to devote more than 40 percent, or about $6.6 billion, of his transportation capital plan to the MBTA, rail, and other forms of mass transit.

Central Dublin today sometimes resembles a smile with half the teeth knocked out. Busy and often beautiful, the Irish capital’s center is nonetheless pockmarked with vacant and derelict lots, flotsam tossed up by a speculative property boom that stopped almost overnight during the crisis of 2008.

Such sights are common in recession-hit cities, but the Irish government and Dublin City Council believe the city’s high level of vacant real estate is in itself holding Dublin’s recovery back. Not only does the glut of unused sites limit property supply in a city where prices are actually rising and vacancy rates lowering, it visually perpetuates a painful and partly inaccurate image of a town beggared by recent history. With a set of tough new property laws planned for this year, all this could change.

As the United States slowly emerges from the Great Recession, led by our cities and metropolitan areas, a remarkable shift is occurring in the spatial geography of innovation.

For the past fifty years, the landscape of innovation has been epitomized by regions like Silicon Valley — suburban corridors of spatially isolated corporate campuses, accessible only by car, with little emphasis on the quality of life or on integrating work, housing and recreation.