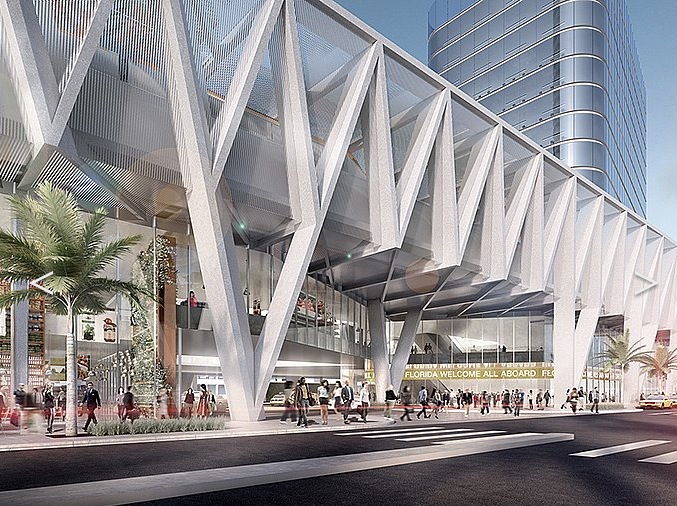 With a high-speed rail network slowly making its way towards reality, cities are commissioning grand stations for the 21st century to accommodate this new mode of transit. Here are five stations on the horizon that are bringing the drama and glamour back to train travel, while positioning it for a high-tech, high-speed future.

“Rhode Island is in the midst of an especially grim economic meltdown,” a 2009 New York Times story began, “and no one can pinpoint exactly why.” Five years later, the state continues to suffer from most of the same problems the Times story described: high unemployment, a crippling tax structure, dangerously underfunded state pension systems. But contrary to the Times’s claims, Rhode Island’s predicament is easy to explain. With no special economic advantages, the state has maintained an entitlement mentality inherited from an age of colonial and industrial grandeur. Rhode Island was once one of America’s most prosperous states, and its rate of higher-education attainment remains better than the national average. But the state’s key industries collapsed long ago, and its political leadership has refused to make adjustments to its high-cost, high-regulation governance system.

The result: a state with “the costs of Minnesota and the quality of Mississippi,” as Rob Atkinson, former executive director of the Rhode Island Economic Policy Council, told WPRI-TV. Indeed, Rhode Island is arguably America’s basket case, overlooked only because it is small enough to escape most national scrutiny. Its ruination is a striking corrective to the argument that states can tax, spend, and regulate their way to prosperity.

Distant as it may seem today, there was a time early in the Obama administration when Hope felt like more than just a pretty campaign promise. That was especially true for the President’s ambitious transportation plans. Calls for “livability” were interpreted as a bold shift away from the car and highway dependence that had defined 20th century urban mobility in the United States. Then-Secretary of Transportation Ray LaHood announced an efficient future in which people would run their daily errands “all without having to get in your car.”

Fast forward five years since that 2009 pledge, and many of the most hopeful transformations have yet to arrive.

Where did it all go wrong? There’s never one simple answer to a question like that, but transport historian Michael Fein of Johnson & Wales University, in Providence, offers a pretty convincing case that the biggest barrier to LaHood’s livable cities program was the legacy of the Interstate Highway System. In an upcoming issue of the Journal of Urban History, Fein argues that decades-old policies favoring urban expressways (and, more specifically, regional mega-malls situated at interchanges) spoiled the broader campaign for better urban mobility

“Intelligent” pedestrians crossings are to be introduced on London’s streets within months in the first scheme of its kind in the world.

Traffic lights will be re-phased to give priority to pedestrians at busy junctions and enable crowds to clear to avoid people spilling onto the street.

Video cameras attached to the lights will detect the build-up of people in a virtual “box” and automatically extend the green phase when it fills up, keeping road users waiting on red.

The Washington Post: Congress detours from common sense on the Highway Trust Fund

The smart and obvious way to fund federal transportation policy is to create a steady, long-term funding source to finance multi-year projects, one that relies on fees from users — such as a higher gas tax or a vehicle-miles tax. It is both efficient and fair to require drivers to pay according to the amount they exploit and degrade the roads. This discourages overuse rather than subsidizing big-time road users. Congress set up just such a system when it established the gasoline tax and dedicated its revenue to the Highway Trust Fund. But lawmakers haven’t raised the gas tax since 1993, preferring instead budgetary gimmickry and short-term patches to fill holes in the fund.

If you’re on Twitter or Facebook and live in Providence, then you’ve seen this story posted a thousand times already today, if you’re not, then here you go: The New York Times: 36 Hours in Providence...