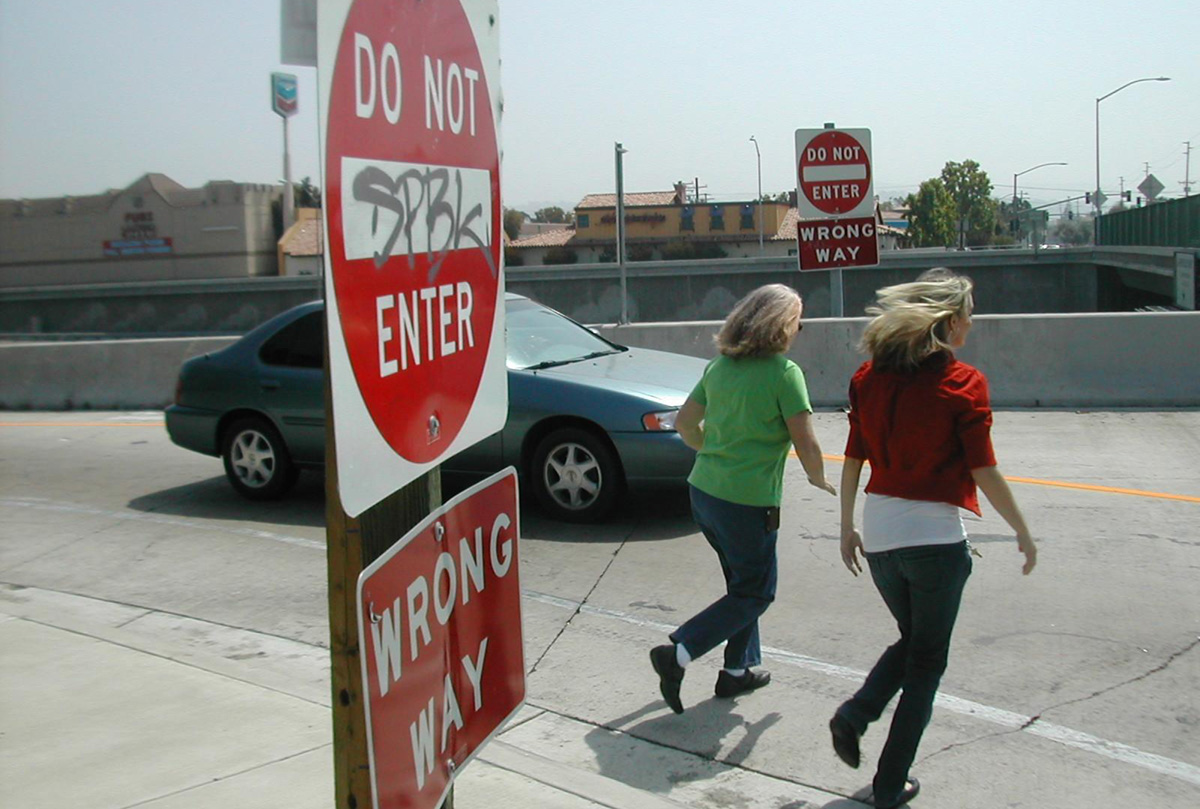 CityLab: The Real Downtown ‘Parking Problem’: There’s Too Much of It

It’s not unusual for people to worry about parking in places where they totally don’t need to worry about parking. The consultancy Nelson\Nygaard recently surveyed parking availability in 27 mixed-use districts across the U.S. and found that parking supply exceeded demand by an average of 65 percent. In nine areas where parking was thought to be scarce, the oversupply ranged from 6 to 82 percent.

How is Houston able to pull that off with no additional funding?

Well, as Jarrett Walker, one of the plan’s lead designers, explains, it’s all about prioritizing routes that will plausibly attract riders. The old system, like many bus routes in the United States, expended a lot of resources on very low-ridership routes for the sake of saying there’s “a bus that goes there.” The new plan says the focus should be to provide reasonably frequent service on routes where reasonably frequent service will attract riders. That does mean that some people are further than ever from a transit stop. But it means that many more Houstonians will find themselves near a useful transit stop.

These trends are telling, and local leaders concerned about future budgets should take notice. Buildings like the one Merrill Lynch is moving into command higher rents and are more valuable to investors. And because cities and counties raise much of their revenue from real estate taxes levied ad valorem, meaning the tax is a percentage of the assessed value of the property, they mean more tax money.

Also, local governments often prefer office development to housing development since offices tend to pay more in local taxes than they use in services.

In Loudoun, for instance, the county claims that each new home costs the county $1.62 in added county services—schools, roads, sewers, etc.—for every extra dollar collected in taxes. Homebuilders say the cost is more like $1.20, but either way, each new house is a net cost to the county under its current tax structure. Communities with a healthy mix of commercial and residential development can provide excellent public services at manageable tax rates.

Aeon: The End of Walking

For decades, Americans have been losing their ability, even their right, to walk. There are places in the United States – New York City, for example – where people walk as a matter of habit and lifestyle, commuting in ways familiar to residents of London or Paris. But there are vast blankets and folds of the country where the ability to walk – to open a door and step outside and go somewhere or nowhere without getting behind the wheel of a car – is a struggle, a fight. A risk.

Kate Kraft, the National Coalition Director for America Walks, an advocacy organisation for walkability, says that, ever since towns began removing streetcars, we’ve undermined transit systems that would support the walker and planned instead for the car. Walking is an impediment to the car culture we revere, an experience we’ve intentionally designed out of our lives.

It’s not just about laziness – in America, cars retain the mystique of freedom, independence, luxury. Think of episodes of the television show Mad Men set in a Cadillac dealership or the factory floors of Detroit, heart of America’s motorised fantasies: like the 1960s advertising offices at the centre of the show itself, the automobile showrooms are saturated with the myths of what Americans imagine themselves to be. We are both the person behind the wheel, in complete control, and the open road itself: wealthy, independent, full of potential. Harried commuters stuck in traffic or having to stop for pedestrians have never been part of this image. From subsidised parking to the way transportation authorities plan roads, we encourage car travel and discourage moving on foot. More than discourage it, we criminalise it where deemed necessary.

Streetsblog: Feds to Traffic Engineers: Use Our Money to Build Protected Bike Lanes

The Federal Highway Administration wants to clear the air: Yes, state and local transportation agencies should use federal money to construct high-quality biking and walking infrastructure.

State and local DOTs deploy an array of excuses to avoid building designs like protected bike lanes. “It’s not in the manual” is a favorite. So is “the feds won’t fund that.”

Whether these excuses are cynical or sincere, FHWA wants you to know that they’re bogus.