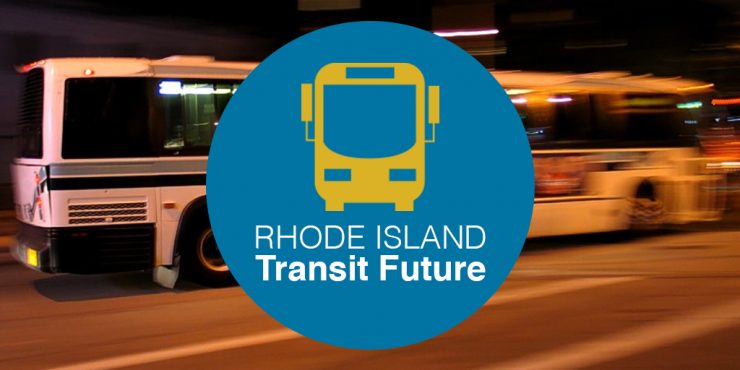 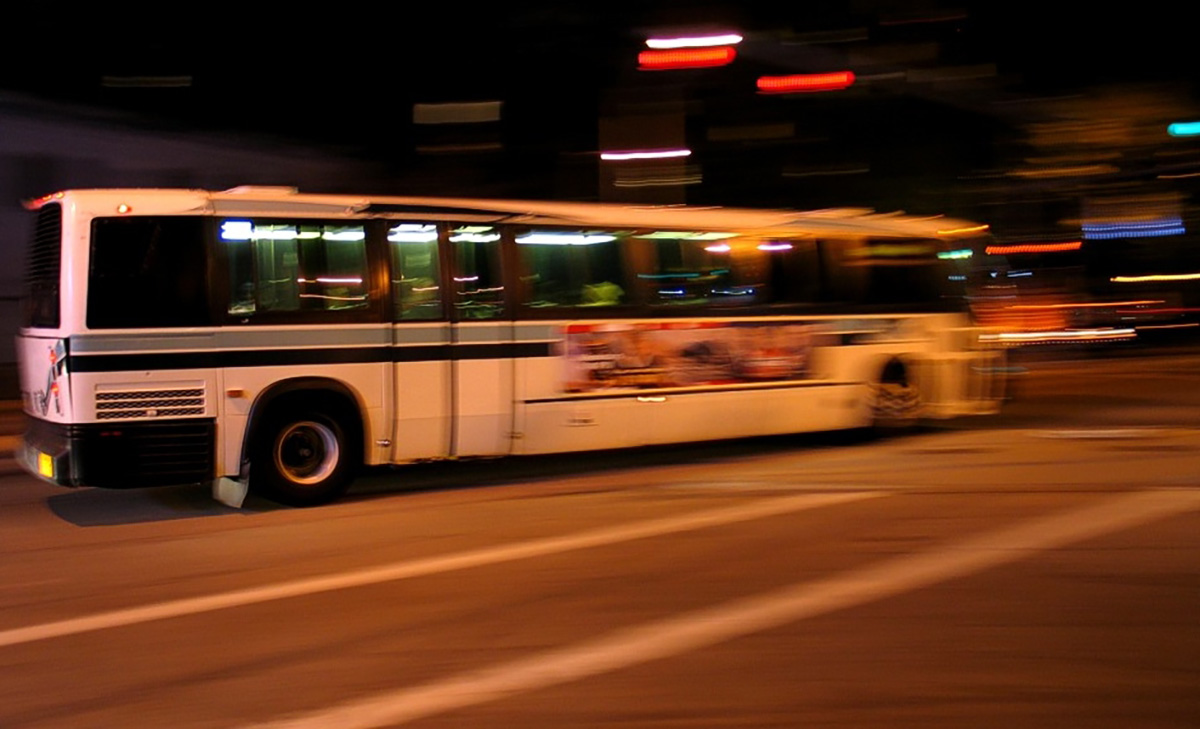 [alert type=”warning”]This post was submitted Greater City Providence reader Peter Brassard. If you’ve written something you’d like us to consider posting, please contact us and let us know.[/alert] [alert type=”info”]This is second of a series on ideas for Rhode Island’s transit future.[/alert]

In recent articles and comments to posts, people have suggested that RIPTA might do better if it offered 24-hour service. Twenty-four hour transit would serve a population that is generally forced to drive, which includes nighttime service workers, hospital employees, restaurant, bar and nightclub goers, and travelers.

I started looking at what night service might look like, but before this Boston Globe article came out about the MBTA late night service being on the chopping block.

Regarding the Boston area transit system, besides being more extensive than Rhode Island’s, they have the challenge of providing both nighttime bus and subway service. With the subway the costs go up dramatically, especially if trains are mostly empty. The Providence area is nowhere as complicated as in Boston, so a simpler strategy is possible for providing an affordable late night service. 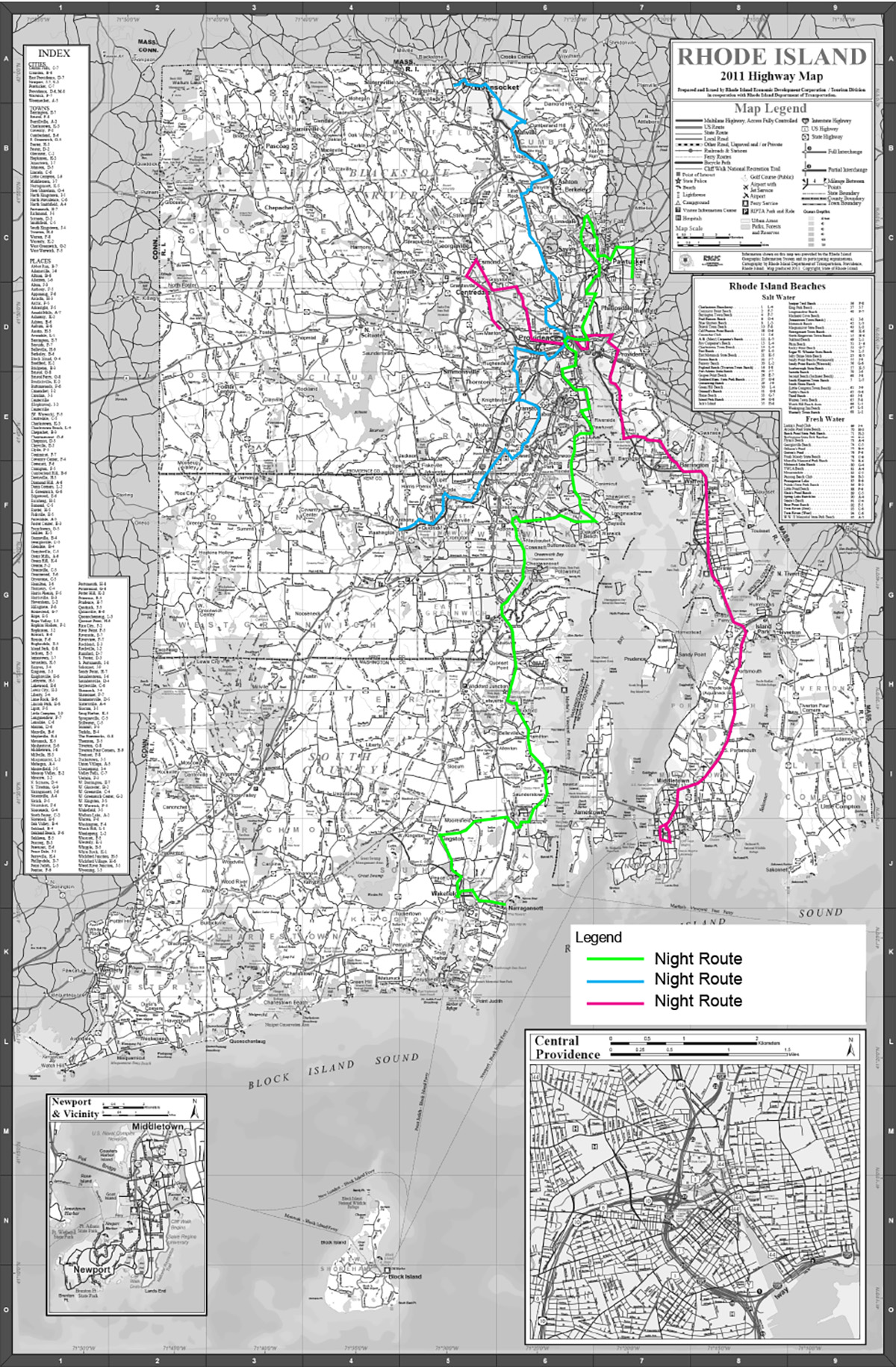 Over 90% of Rhode Island’s population lives within a few miles of Narragansett Bay, the Blackstone River, and the Pawtuxet River. Rhode Island’s overall population and highest density areas generally follow linear paths, but in contrast the City of Providence has a radial distribution of streets and population. I found one solution that might work for off-hour late night service that addresses Providence’s street configuration. 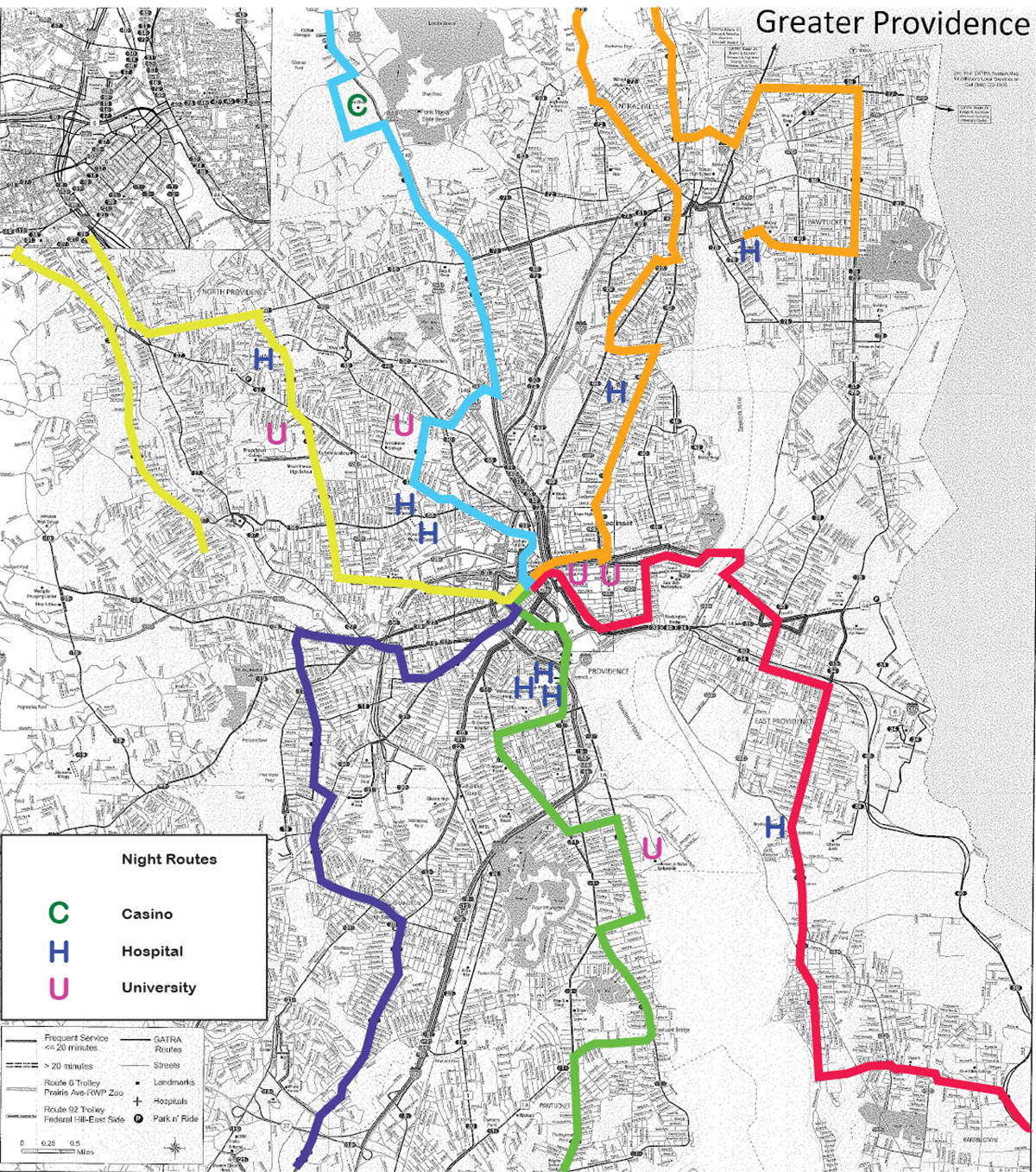 In the statewide map the number of bus routes is limited to three (3), though the routes could also be broken up into six (6) emanating out from Kennedy Plaza, as shown in the Greater Providence map. Within the city, a loose pinwheel shaped route system design allows for a maximum 15-minute walk in most neighborhoods from any of the night routes. Suburban areas would also be within a short 5-minute drive in addition to walking distance.

The night routes in this plan shift from one major street to another to insure maximum coverage of neighborhoods and connectivity. Besides the central Providence cultural and entertainment areas, all of the colleges and hospitals, as well as Twin River Casino are adjacent to night routes where stops could be placed to serve those who tend to travel during the late night or early morning hours.

Besides service employees, late night bus service would be especially helpful for some travelers who live in distant parts of the state. People often avoid taking very late trains or buses from New York or Boston, because if they miss the last RIPTA bus out of Kennedy Plaza, they can be stuck in Providence for up to five hours, until following morning. No matter how much progress has been made with designated drivers or the awareness that driving drunk is irresponsible, many still drive after drinking too much. One reason why people drive drunk is because there’s no reasonable or inexpensive way to get home. To more distant suburbs and cities, the cost of a cab or car service can be prohibitive. The implementation of night bus routes is just one approach that could help to reduce drunk driving.

With the six-route option, all routes should be scheduled to converge at Kennedy Plaza at the same time. A 10- or 15-minute layover period should be scheduled to allow for late buses and let people transfer to other routes. Some routes might only require a lower capacity Flex Van at the start. Frequency could be every 45-minutes or once an hour.

The night service could first be tested partially on Thursday, Friday and Saturday nights, perhaps with a last run around 2:30 or 3:00 a.m. to determine if ridership warranted 24-hour or 7-day service.

For RIPTA an off-hour “Request-a-Stop” system could be tried out. For late night service or evening service in the New York area, the MTA offers Request-a-Stop, where between 10:00 p.m. and 5:00 a.m. Passengers can request to get off buses in between bus stops, as long as it’s safe to do so. Passenger may only be picked up at bus stops.

Implementing a skeletal RIPTA 24-hour late night bus service would help many, who travel in the early morning hours, to become less reliant on cars.