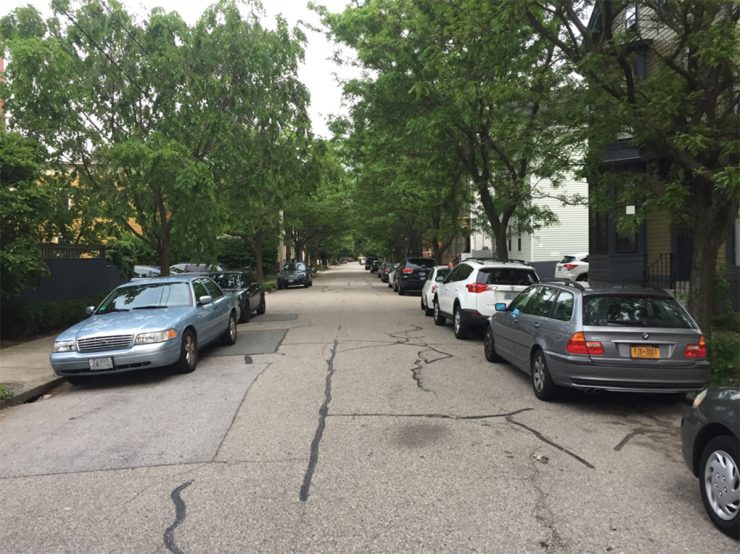 The impacts of where we park 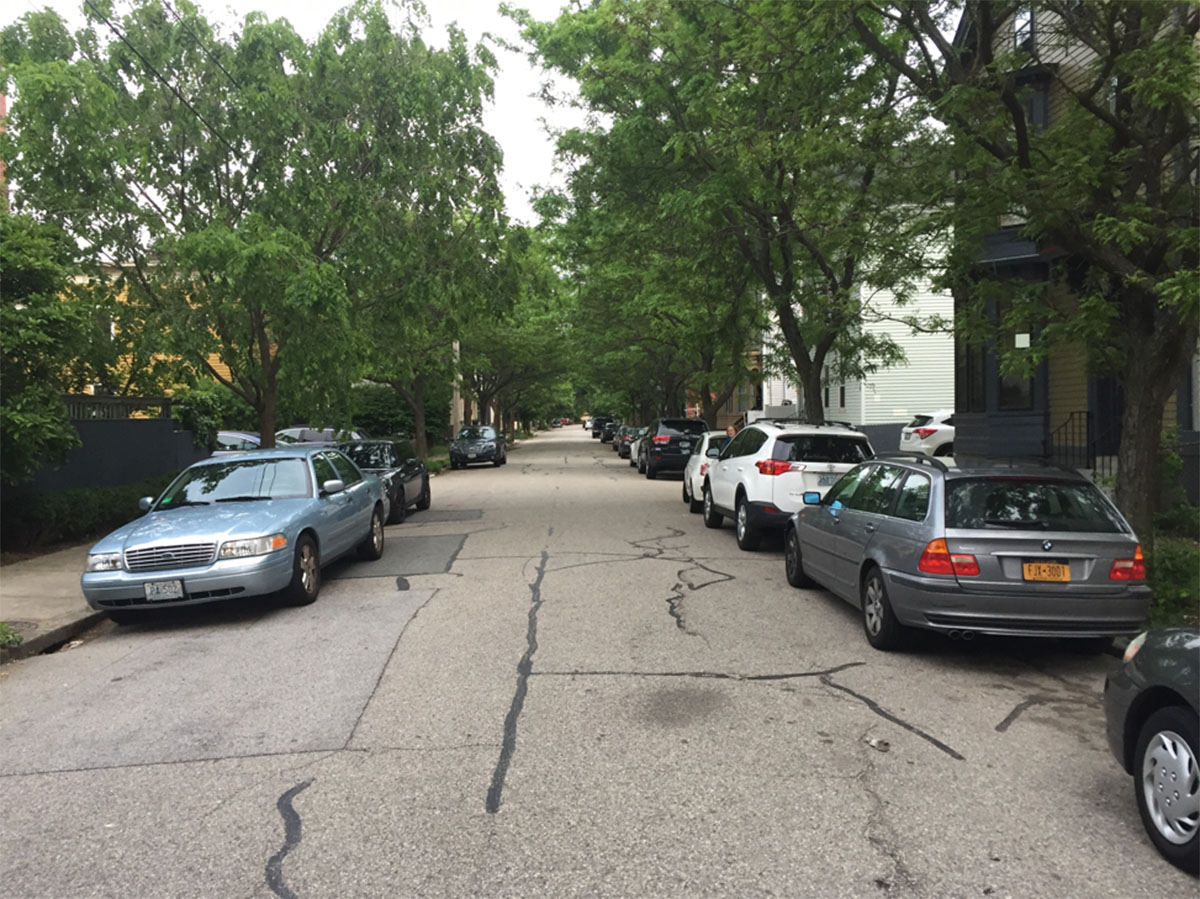 A few weeks back my wife and I were walking around the corner of our street on the west side when we noticed that if felt different. On both sides of the street the curbs were parked with cars—our neighbors across the street were having a house party. Typically there are few cars parked on our street, with the consequence that the street feels very wide and cars go speeding down it. But with the street densely parked the drive lanes are narrowed; drivers feel more constrained driving down the street causing them to slow down. Sometimes cars even have to stop to give way to a car going the other way, helping slow traffic on an otherwise quiet residential street with many children and pets. There’s even a name for this kind of street, a “give-way street.” 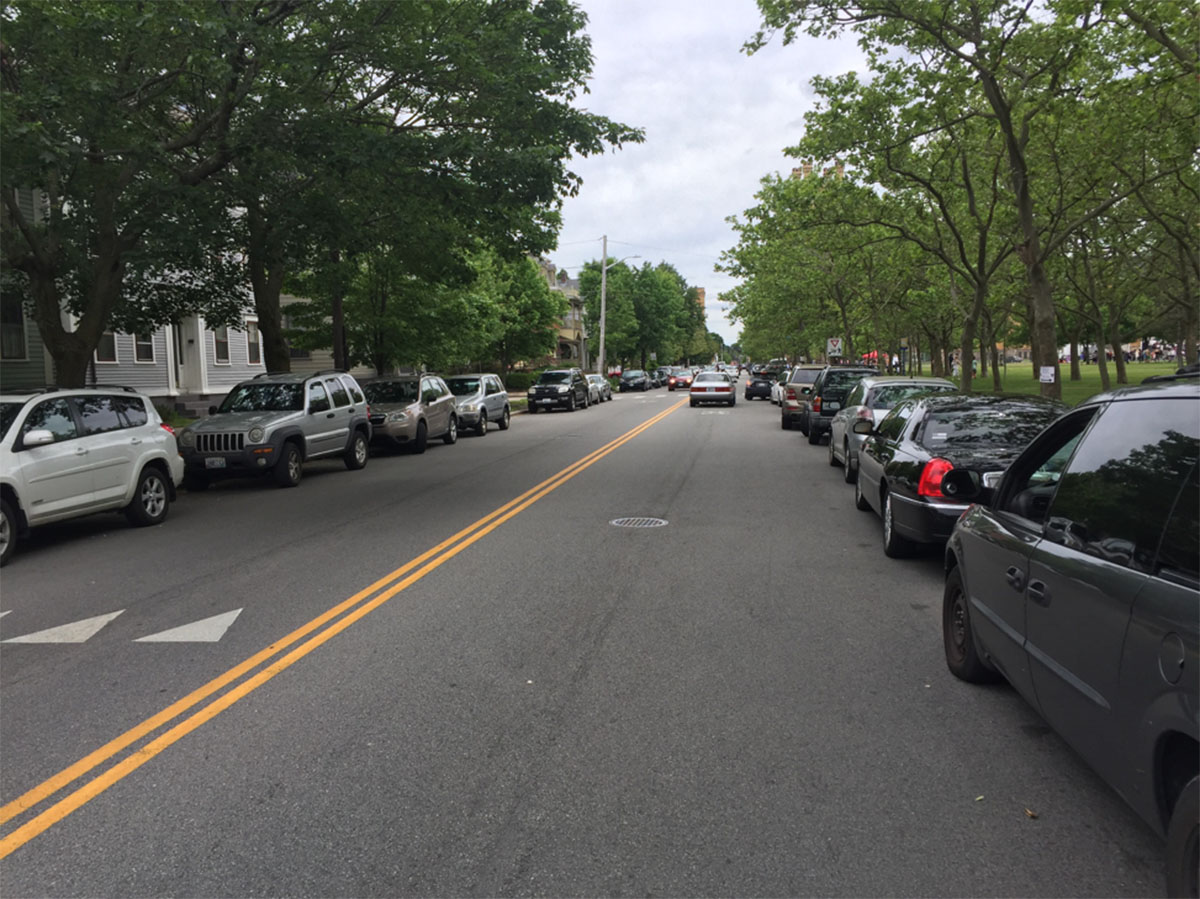 We saw another example of this phenomena during PVD Fest. The Sunday party in Dexter Training Ground meant that hundreds of cars were parking in the usually vacant on-street parking spaces around the park. Usually Dexter Street and Parade Street feature cars accelerating up the wide drives past a park where children play, but again the parked cars slowed traffic by narrowing the road width, and bonus: put a wall of steel between the moving cars and the sidewalk and park.

On street parking actually helps make our cities safer and more human scaled. But this is what many of our streets look like regularly. 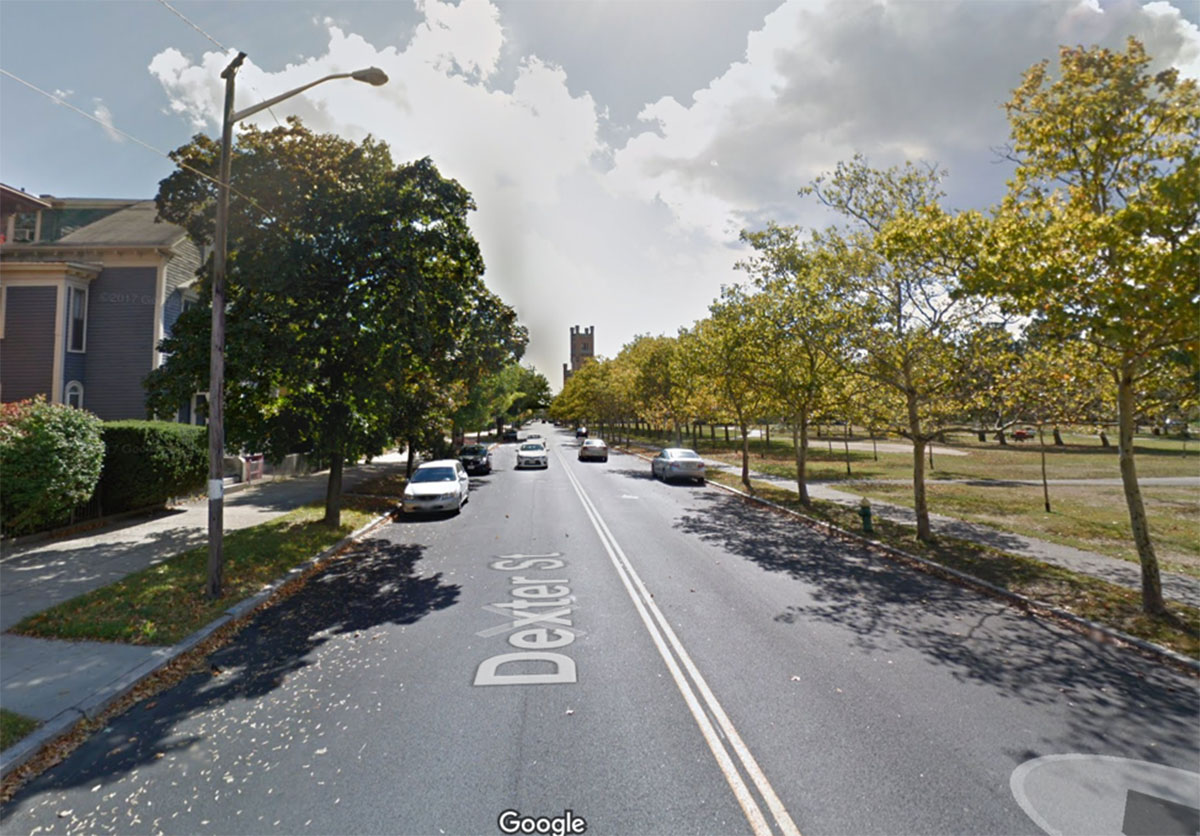 Where are all the cars? Well, for decades suburban-style zoning regulations have required every building to provide parking for its occupants on site, which has mandated the paving of gardens and the demolition of structures to create parking lots. Similarly, for decades there was a prohibition against on-street parking overnight on city streets. This has recently been rolled back—now you can get a permit to park on street overnight. But you still have to get off the street in the event of a snow emergency, so there still has to be an off-street parking space for your car somewhere.

Off-street parking, in addition to widening streets and speeding up traffic, reduced open space, adds driveways and curb cuts, increases storm water flow and takes up scarce urban land which could house people or businesses instead of cars that aren’t being used 90% of the time. 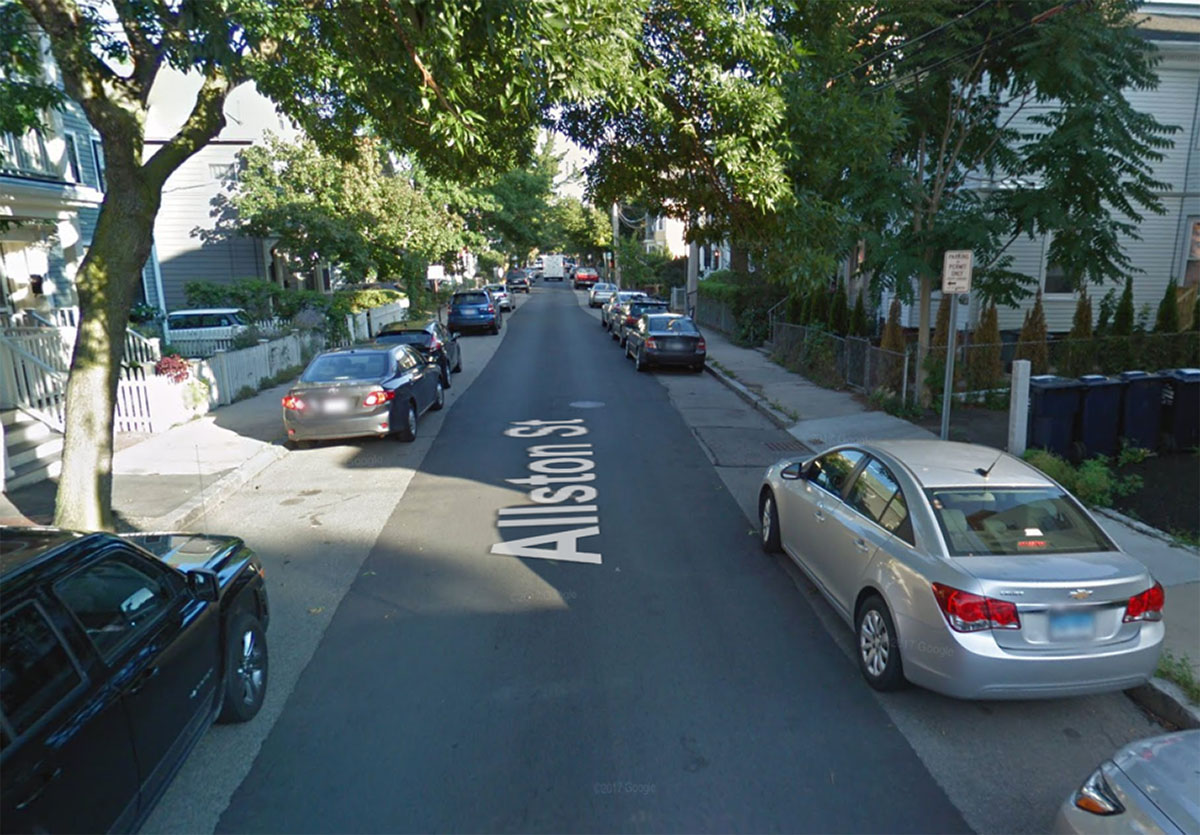 Prior to moving to Providence, we lived in Cambridge, MA another dense urban neighborhood where most properties didn’t have parking (or enough of it) for all their residents, with the consequence that most everybody parks on street. The effect was to slow down traffic, protect the sidewalk, and connect people as they walked between their house and car. Rarely did I have to park more than a block away from my door (but even then—good exercise). It could be inconvenient to load and unload your car… but with the benefit that it discourages you from driving so much. And yes, we parked on street in the snow, and shoveled out parking spaces. In Cambridge the parking ban only applied to major commercial streets. It’s not perfect, but it worked.

We already pay for this pavement on the side of our roads through our taxes, why are we paying again for off street parking? Let’s get the full value from our roads and land. Providence could join its more prosperous urban cousins and actively encourage on-street parking. Allow on-street parking on side streets through snow storms, eliminate off-street parking requirements, and encourage filling in parking lots with people and businesses, so we don’t have to drive so much in the first place!