So I went outside, camera in hand, all prepared to document the continued un-shoveled-ness of Providence. I live on one of the little alleys off Atwells and we’ve had literally at least 6 snow plows go by today. I thought, ‘great, the city finally gets it on plowing, but that doesn’t help my non-car-owning-pedestrian-ass.’

So out I went to take pictures and come home and type up a rant. I’m still going to rant a little, but the results of my photographic survey have tempered my ranting a bit. 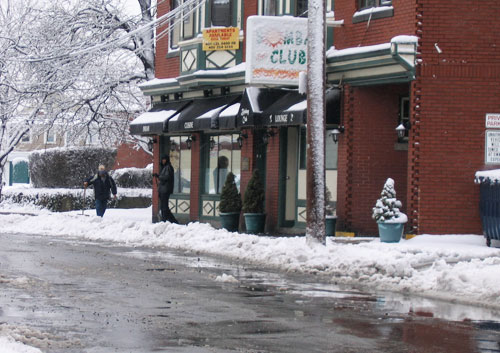 Some good citizens are seen here clearing the sidewalks outside The Bombay Club on Dean Street. I could rant a bit about the condition of Dean Street (I’ve been on country lanes in the back-country of Vermont that are a smoother ride), but let’s save that for another post. 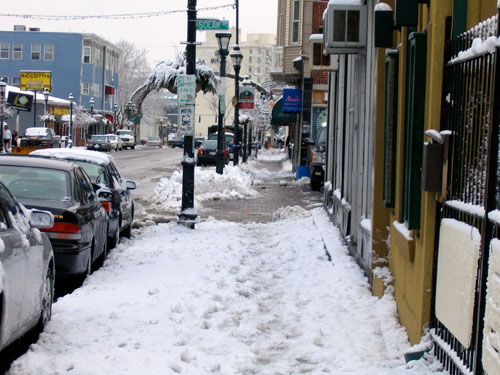 Unsholved, shoveled, unshoveled, shoveled… So some areas are shoveled, others aren’t. Let me say though, as I think I’ve posted about before, the ratio of shoveled to unshovled has vastly improved on Atwells this year. Not sure why, the city is still not citing property owners for not shoveling. I’ve speculated before that it may be due to new leadership of the Merchants Association, if so, kudos! 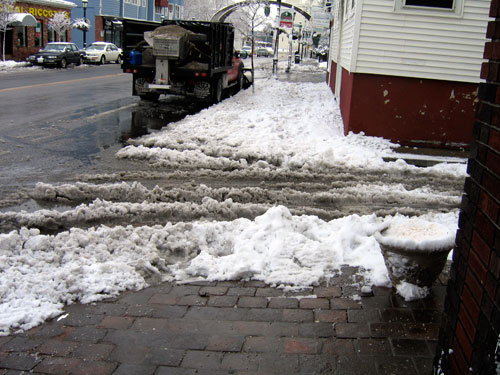 Close, but no cigar. This is outside the former(?) Bradford Variety on Atwells. The sidewalk is clear, but the statute states that the wells (the ramp from the sidewalk down to the street) must be clear as well, as you can see here, it’s not. Also, this alley is plowed, all of them are, but for whatever reason, the snow is not cleared at the end of the alleys where they meet Atwells. So at each alley there is an ankle deep slush puddle that one must maneuver through/around. 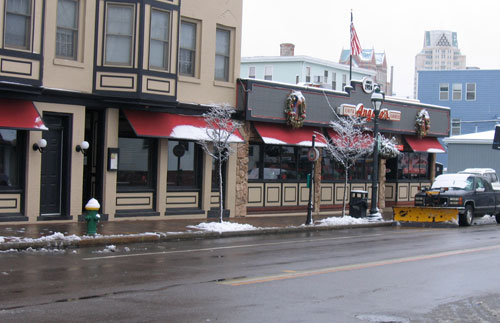 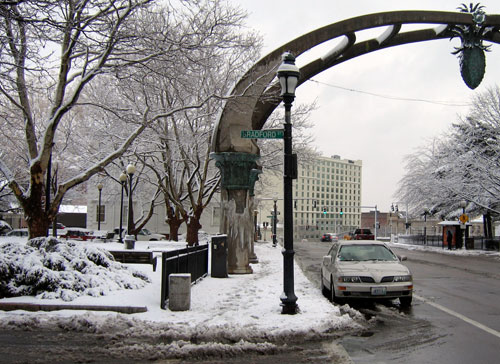 Sigh. Per usual, the sidewalk at Garibaldi Park (a city park), is not clear. We only had about 3 inches of snow (PS: the whole state closed down for 3 inches of snow? Where are we, Georgia?) but it will freeze and be rutted and force people to walk in the street all week (until the next storm they are already hyping for Friday).

OK, here’s the unpossible bit. If you are not sitting down, please do now. 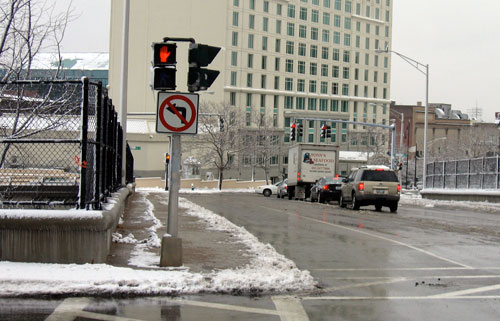 HOLY MARY MOTHER OF GOD! That would be the Atwells Avenue overpass over Route 95 and that would be a clear sidewalk! What the what! Who shoveled that? 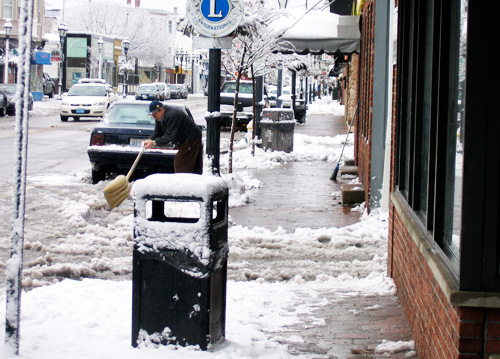 Like Angelo’s, Ricottis usually does a good job clearing the sidewalks. Here is someone actually attempting to clear the wells. 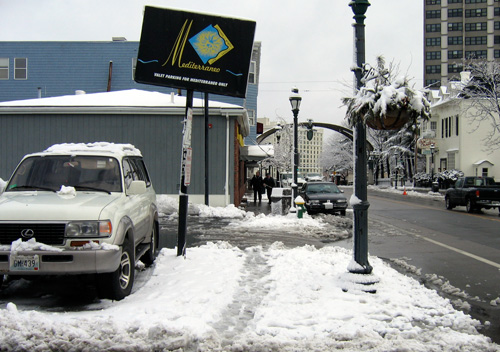 Per usual, Meditteraneo cleared the sidewalk outside their restaurant, but not around their parking lot across the street. 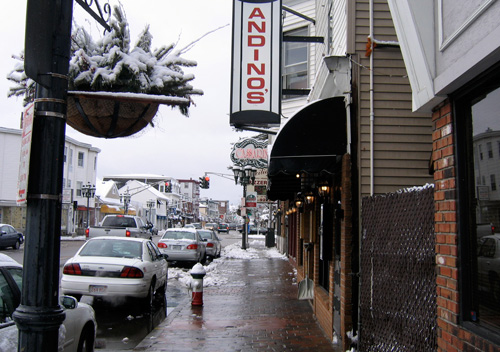 So Andino’s and Cassarino’s seem to understand that their customers need a clear path to get into their restaurants. 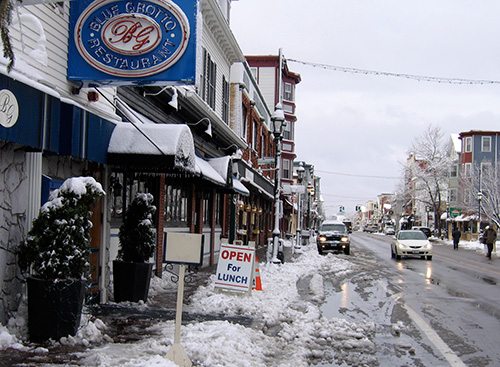 Meanwhile, The Blue Grotto clearly wants us to know they are open for lunch, but apparently only if you arrive by car and utilize the valet.

So, the steam was taken off my rant a bit. And to be fare, I took these photos about 20 minutes after the snow stopped and the statute gives you four hours to clear the snow, and a lot of shovelers were out while I was taking photos. But this is pretty par for the course for snow removal. It is getting better, but the areas that aren’t shoveled negate the areas that aren’t and force us pedestrians to step into the street. The amount of snow plows on the street this morning, and the shocking development of clear sidewalks on the Route 95 overpass indicate that the city is clearly aware that they need to do a better job (at least for this storm, most close to the December cluster-f*ck). However, the city needs to go further and crack down on the property owners that do not clear their sidewalks. There’s no reason why the city should not be completely walkable by this afternoon’s commute.