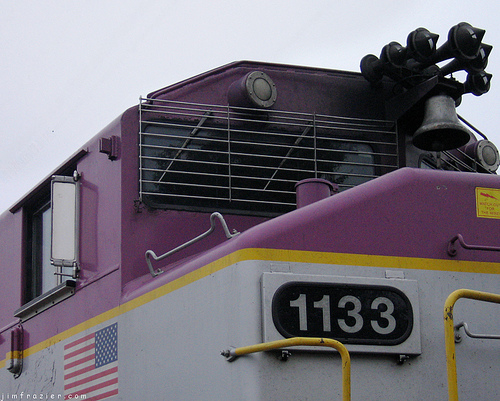 Massachusetts will not pay any of the direct costs, but will continue to pay operating expenses on the Providence/Stoughton Line as part of its larger commuter rail system. The two states have operated under a similar deal for the past two decades, since commuter rail service to Providence began.

The MBTA keeps all ticket revenue and the state of Rhode Island contributes additionally to the T by absorbing costs on rail-related construction projects and rail cars. Over the past eight years, Rhode Island has contributed $11 million in project costs to the Massachusetts Bay Transportation Authority, St. Martin said.

The comments over at Boston.com are not too keen on what is viewed as Massachusetts taxpayers subsidizing transportation services in Rhode Island. As you can see above, that is not exactly what is happening. Massachusetts pays operating expenses on a line that is mostly in Massachusetts and keeps all the fares collected in both states. In addition Rhode Island maintains the facilities in RI, buys a portion of the rolling stock for the line, and has created a layover yard in Pawtucket for the MBTA.

Commenter sunsea points to the lack of electrification at the T.F. Green Station, “No electric wires to power trains into the Green airport? Seems like an oversight…instead of using heavy diesel engines on this route, MBTA should be electric.” Fare enough, he’s right, the T should be looking to electrify the Providence line as it is mostly electrified already for Amtrak. Electric locomotives are lighter, allowing them to move through stops quicker as they do not take as long to stop and the resume speed. Electrification would also reduce the diesel fumes at Back Bay Station in Boston, which can be overwhelming at times on the underground platforms. If and when the T is ready to electrify the south side fleet, it should not be too much work to provide for electrification at T.F. Green and certainly the two states will have to come to an agreement on how to pay for the electric fleet.

This of course is the first small step towards the regionalization of New England’s transportation system, which is much needed for the health of our economy. The agreement hammered out between Massachusetts and Rhode Island provides a blue print for similar services such as New Haven-Hartford-Springfield commuter rail. 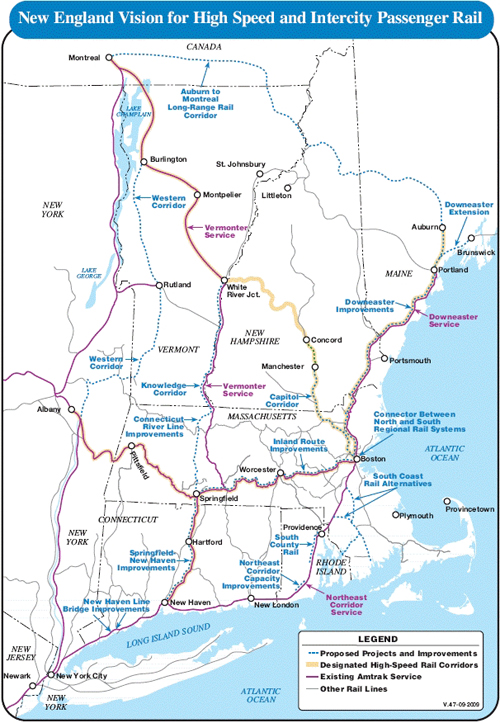 You can see some of the proposals our New England leaders are looking at here. Now our leaders need to lead us beyond our entrenched parochialism and get some of these plans translated into action.