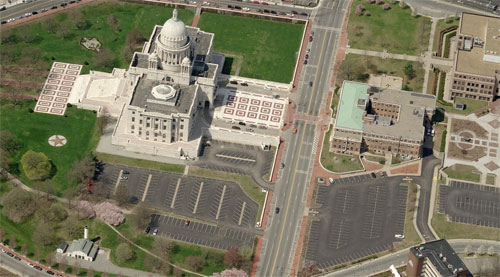 Earlier this afternoon, the Capital Center Commission held a meeting. One of the agenda items was:

6. State House
Proposal to conduct site improvements to the existing parking lot, which includes expansion of the paved area to the east within the State House Lawn.

I’m sorry, expansion of paved area within the State House lawn is not an improvement.