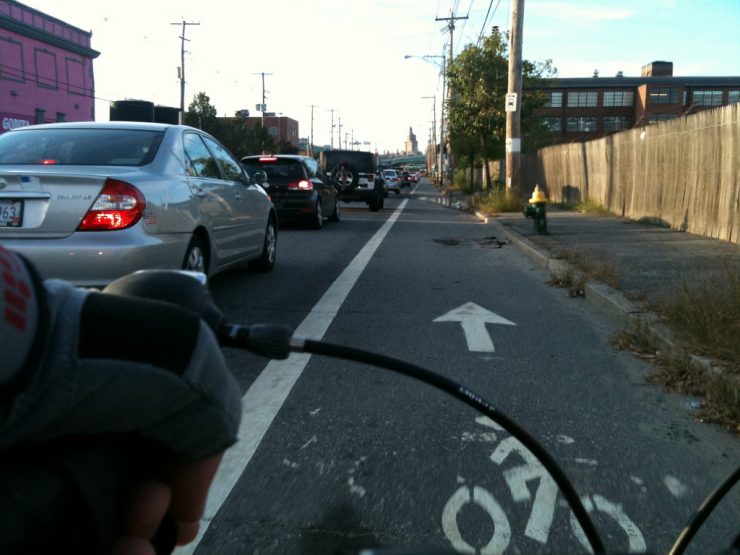 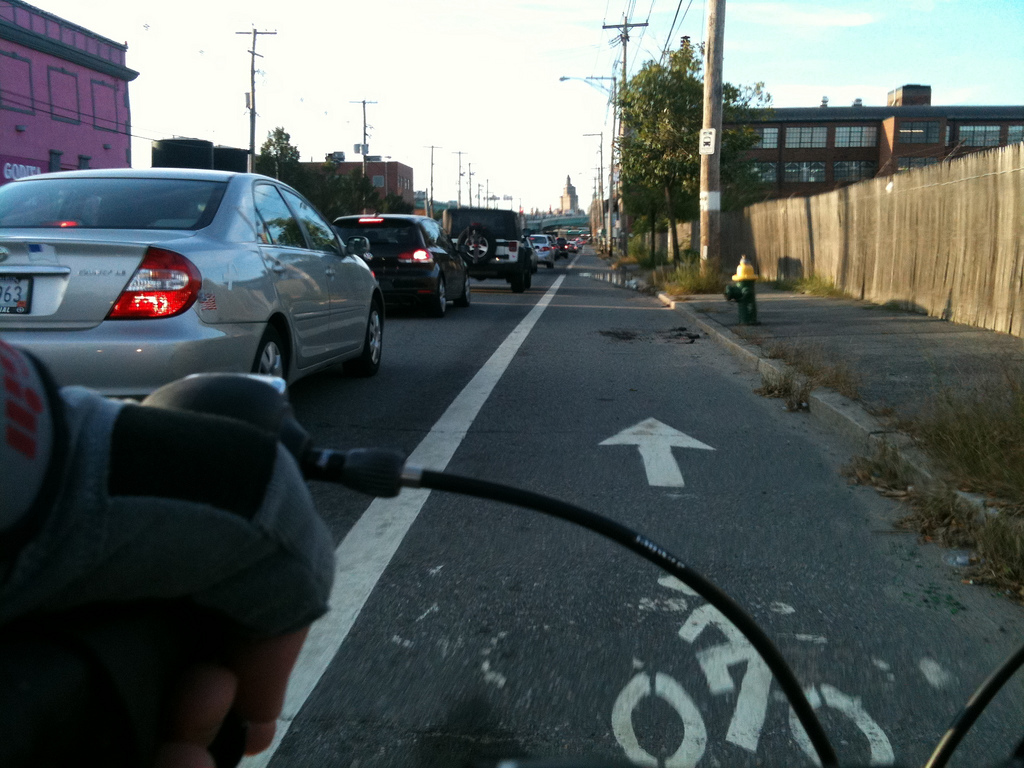 In June 2012 complete-streets legislation was passed by the General Assembly and signed into law by then-Gov. Lincoln Chafee. The law requires federal- and state-funded road-construction projects to consider bicyclists, public-transit users and pedestrians during the design process. The goal is to increase road safety for non-automobile users and, thereby, encourage people to use alternative forms of transportation, which promote public and environmental health while reducing traffic congestion.

While Rhode Island’s complete-streets legislation has resulted in safer road design in some places, many bicycle advocates are generally disappointed by the results. The legislation requires the state Department of Transportation (DOT) to consider incorporating complete-streets features, but allows exceptions on projects if the agency determines space is limited or costs are deemed disproportionate to the use those features would likely garner.

The good news is the City seems to favor complete streets, from the Planning Department to DPW, the bad news is the City doesn’t have any resources right now to build anything, RIDOT is doing all the building happening in the city. 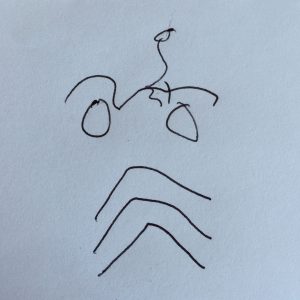 As I was reading this article a co-worker came in and asked if I was going to the Bike/Ped Commission meeting today, I said yes, she drew me this picture and asked me what it was. She assumed it had something to do with bicycles being allowed in the travel lane, though she thought it also could be a warning to bikes about a speed bump. My husband thought they meant a bike lane was starting ahead (because they are on Broadway between the Service Road and Dean Street before the bike lane start). Any readers wondering what it is, Wikipedia explains sharrows. My co-worker asked if their was any campaign to educate drivers about sharrows, if she took driver’s ed now, would she be told? My answers were ‘no’ and ‘maybe(?)’

Matt Mortiz told ecoRI News, “Sharrows are not the solution for fixing our parking, traffic, air quality and physical activity problems, Healthy transportation options that include biking and walking do, and to get more people (biking and walking), creating places where they feel safe to use and cross the street is fundamental.”

[alert type=”muted”]Peter Garino from RIDOT will be at this afternoon’s Bicycle and Pedestrian Advisory Commission Meeting at 4:45pm at 30 Exchange Terrace.[/alert] 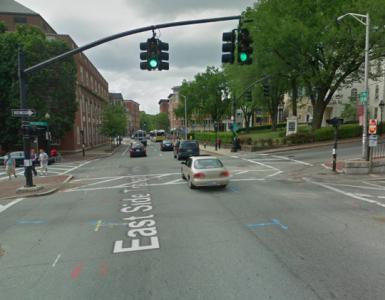 We believe that as proposed, these plans do little to increase access to all users; moreover, the decision to start this work at James Street even as the I-195 Commission has issued specific developer criteria for that...