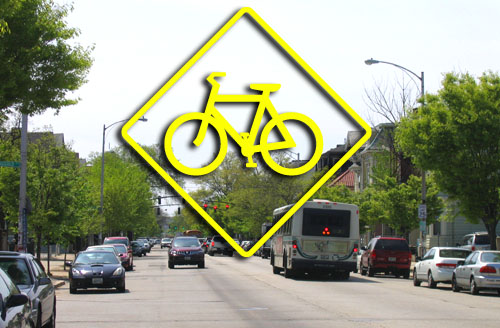 Photo by Jef Nickerson for gcpvd.org

In a press release

about National Bike to Work Day (May 16th) we learn from Bike Providence that the city is planning to stripe bike lanes on several streets in the city.

The City of Providence Department of Planning and Development has completed plans for the striping and signing of bicycle routes along many of Providence’s thoroughfares. It is expected that this project will be completed this fall. Among the streets included in this project are Elmwood Ave, Broadway, Smith Street, Charles Street, and Hope Street.

As gas approaches $4 a gallon, Providence must capitalize on it’s diminutive size and become a bike city. We should be looking overseas to cities such as Amsterdam, Paris, and Barcelona and closer to home to cities such as Portland and Berkeley that are pushing hard to make their streets bike friendly.

Providence must also embark on an education campaign, reminding drivers that they must share the road and reminding bicyclists that they are bound by traffic rules.

Bike to Work Day takes place May 16th starting at 7:00am at the Bank of America City Center in Kennedy Plaza, details on the Bike Providence Blog. 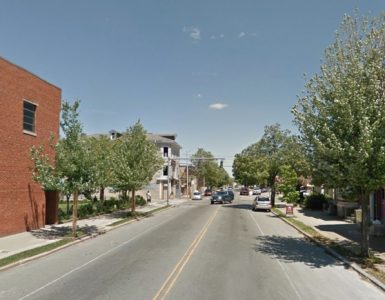