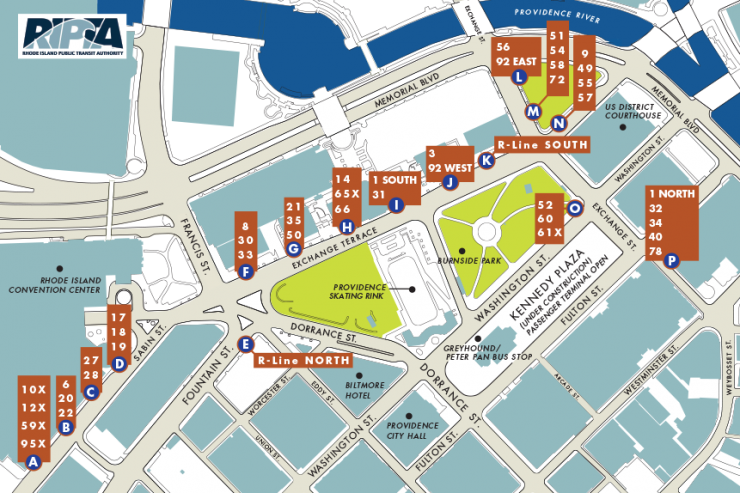 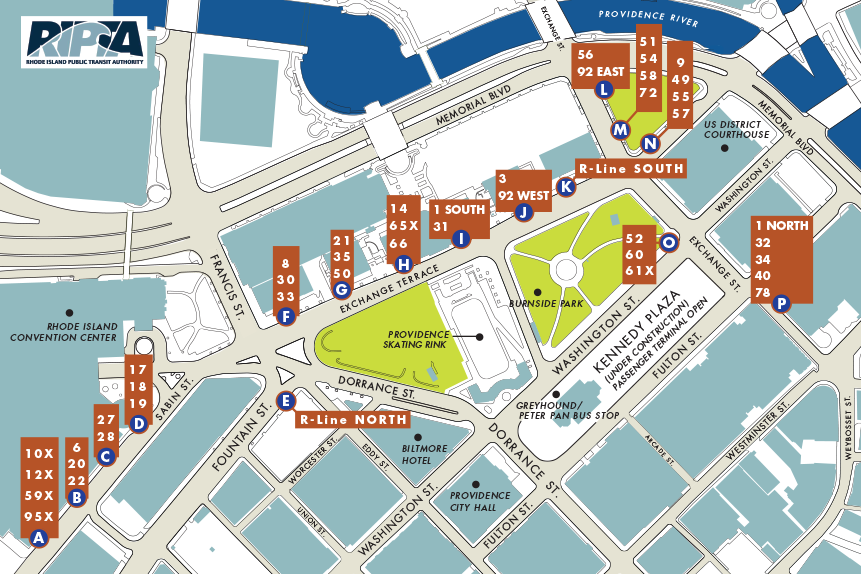 All Routes Detoured Out of Kennedy Plaza Beginning Saturday, July 12, 2014

The Rhode Island Public Transit Authority (RIPTA) will temporarily relocate all bus stops out of Kennedy Plaza beginning Saturday, July 12, 2014 to accommodate City of Providence renovations of the Plaza. These renovations will create a large civic space, reorganize bus berth locations and improve pedestrian connections to and from the plaza. The work is expected to be complete Fall 2014. All routes will be slightly detoured to avoid entering Kennedy Plaza. Bus stops will be relocated to Exchange Terrace, Sabin Street, Exchange Street, Fountain Street and Steeple Street. Park N’ Ride service will be relocated from Exchange Terrace to Sabin St. but will continue to pick up passengers at other downtown locations. Peter Pan and Greyhound passengers will continue to load and unload at their current stop in front of the Kennedy Plaza Terminal.

RIPTA passengers can find information on temporary bus stop locations on signage in the Plaza, on RIPTA buses and on RIPTA’s website. Informational outreach teams will be distributing information in the Plaza to inform passengers about the changes and how construction will affect their bus service.

Specific detour information for Park N’ Rides and other major rerouting will be available online later this week. 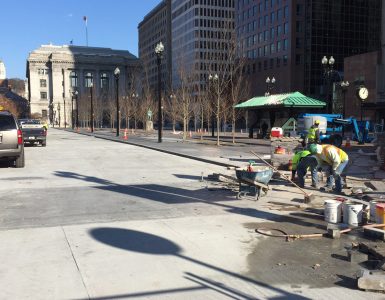 [alert type=”warning”]Barry Schiller, a retired Rhode Island College math professor, is a long-time member of the State Planning Council’s Transportation Advisory Committee. He also was on the RIPTA...