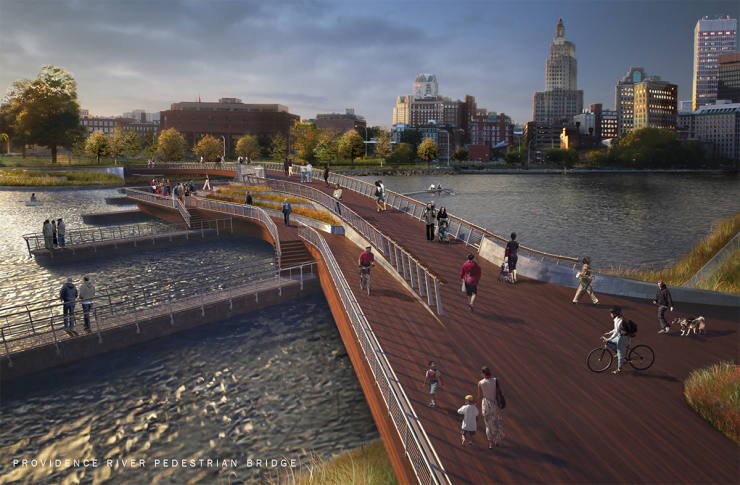 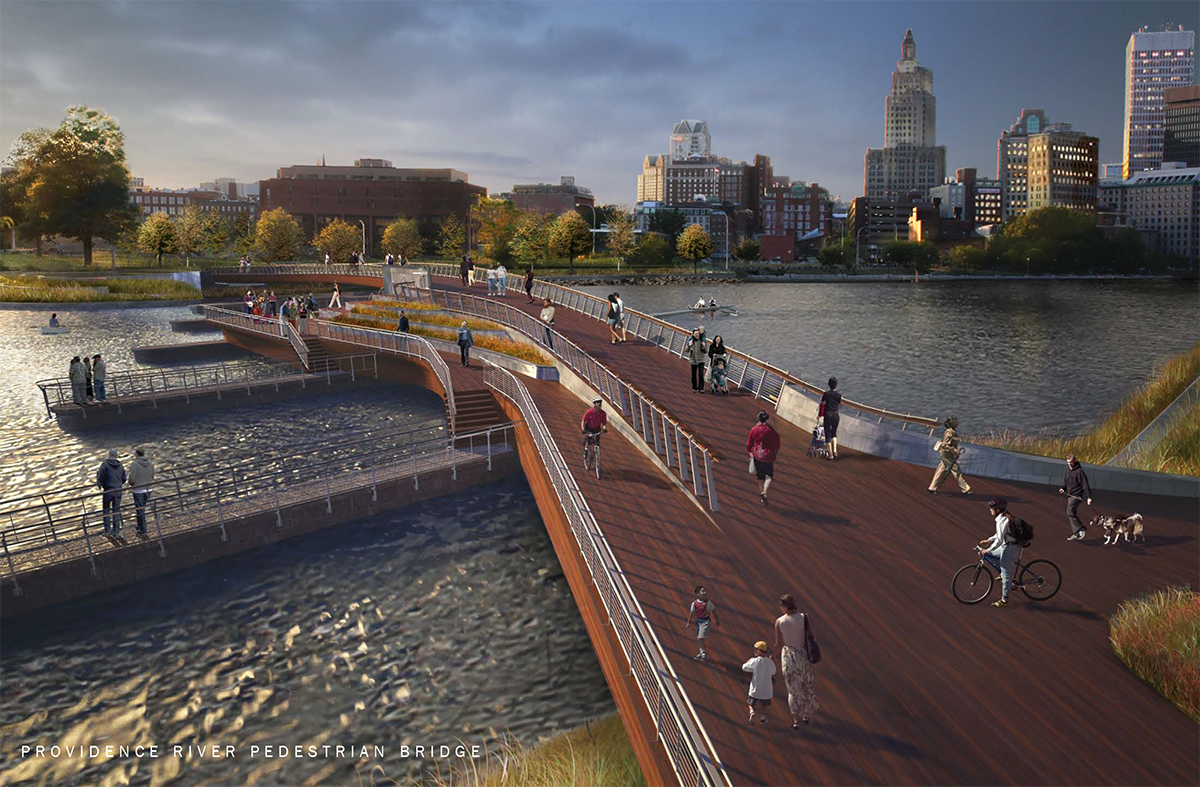 The Rhode Island Department of Transportation is now “reevaluating” the bridge project, RIDOT Director Peter Alviti Jr. said in a statement in response to questions from The Providence Journal.

“Given our current funding levels, RIDOT is reevaluating this project given the availability of funding,” Alviti wrote. “RIDOT must take into consideration the many needs for Rhode Island’s deficient bridges and deteriorated roadways. With reliable, predictable funding provided through the RhodeWorks program, RIDOT would be in a better position to schedule and fund projects such as the pedestrian bridge.”

The Feds let us use the money we’d save on not removing the piers in the river on the new highway. Will the Feds make us remove the piers if we don’t build the bridge?

Salisbury said his association would be “really disappointed” if the bridge isn’t built — plus, he questions what would happen to the old highway piers that once carried Route 195 over the river and now remain in the river, intended to carry the pedestrian bridge along the highway’s old path. Seven years ago, the DOT agreed to build the pedestrian bridge on those piers — and said the $2 million it would save by not demolishing them would go toward building the bridge. The DOT has already paid $1.4 million to design the pedestrian bridge, which was expected to cost $5.5 million.

Also, last week, PBN reported on possible changes to the design of the bridge.

A pedestrian bridge crossing the Providence River, connecting the cleared land in the Interstate 195 redevelopment district, will be elevated another foot in height to accommodate rising sea levels, according to the district’s executive director.

As a result of plan revisions, the original construction schedule has been delayed to an early spring 2016 start date, according to Jan Brodie, executive director of the I-195 district commission.

I’m sure none of us are shocked by the lack of priority for non-automobile infrastructure.