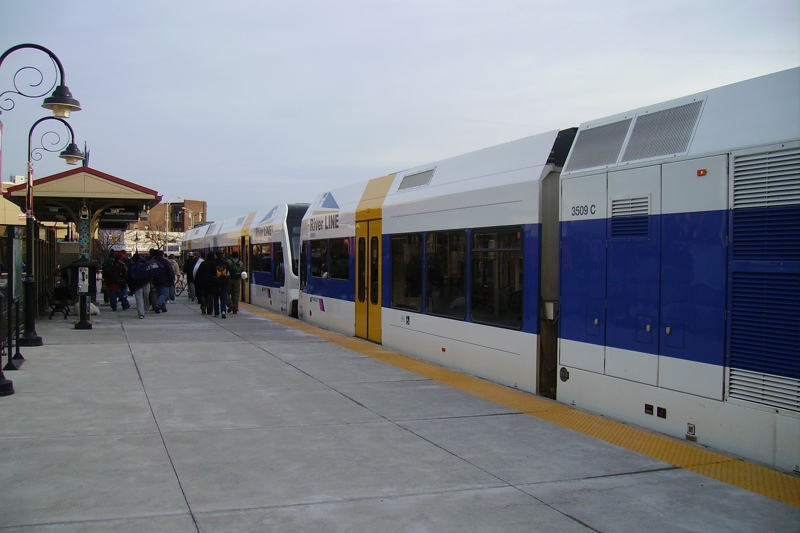 Recent stories in the Pawtucket Times and Cranston Herald indicate that support is building in Rhode Island for public transportation (at least the kind that runs on steel wheels).

The Pawtucket Times article written by Donna Kenny Kirwan, looks at efforts by the Pawtucket Foundation and others to make sweeping improvements across downtown Pawtucket, hinging on improvements to the intermodal transit system. Making sense of the city’s labyrinth of one way streets, completing the Blackstone River Bikeway through the city, and building a new commuter rail station between the Conant Street and Dexter Street bridges. The article in the P-Times while at times wildly optimistic, is a worthy read to see the vision for what the future can hold for the Bucket.

Meanwhile, down in Cranston, Mayor Allan Fung is keen on having a train station built in the Wellington area to anchor mixed use redevelopment on the east side of the city.

“It’s been a slow start because I don’t think any administration has taken the lead on developing that area,” [Fung] said. “I want, at the very least, to kick start it now. My administration has really tried to do more than just provide lip service.”

As leadership at the state level (especially in the Governor’s Office) lags on getting on board with transit, it is encouraging to see this support on the local level (the Providence mayor is also quietly pushing for streetcars in the capital city). Both Pawtucket and Cranston see the MBTA coming through their cities (MBTA to T.F. Green will run through Wellington) and are envisioning laying some platforms next to those tracks and getting the trains to stop. This is certainly doable, but adding more stops to the MBTA line does present a problem. Every station the train needs to stop at adds more travel time to the overall schedule. As the scheduled trip time gets longer, potential riders become less attracted to the service. Adding interstitial stations along the line to attract more riders and development could have the effect of reducing the number of people using the line further south.

One way to offset this is to electrify the MBTA line. The diesel locomotives that the T currently operate are heavy and heavy trains take longer to stop and longer to get back up to cruising speed. Electric trains are lighter and more nimble when it comes to stopping and starting back up. The time savings are slim at each station, but when all station stops are added together the time savings can be substantial. There are of course problems with this as well.

As discussed in the previous post, the MBTA is already operating nearly every type of surface transportation system known to man and this multitude of modes is contributing to problems with the agency’s bottom line. The cantenary exists on the Providence commuter line, eliminating one expense of electrification (though getting Amtrak to give the T access to it is a whole other problem). Introducing electric locomotives to the MBTA fleet though will create the need for a whole new team of mechanics, training for conductors, maintenance facilities, etc. With the T’s current financial difficulties, it is pretty much impossible to imagine that they will invest in electric locomotives anytime soon. When/if the Worcester line is electrified to serve highspeed rail, then the T would perhaps look at upgrading it’s two busiest commuter rail routes.

Just because the MBTA is operating on this line, doesn’t mean that the MBTA is the service that will or should provide services for Pawtucket and Cranston. Today Cranston and Pawtucket are the communities eager to get stations; providing a truly robust transportation system would mean us having even more stations along the MBTA alignment, and services in areas where the MBTA alignment does not reach. Woonsocket and Quonset Point are left out in the cold when it comes to rail if the only place we’re going to have passenger service is along the Northeast Corridor tracks. At some point, in order to provide the highest level of service needed, Rhode Island is going to have to look beyond the MBTA for it’s rail transit needs.

So what could Rhode Island’s rail system look like?

This Rhode Island service could be run with locomotives such as the MBTA has, but we’ve already discussed the drawback of the heavy trains. The service would also want to be more nimble in the number of passenger cars run, a large diesel locomotive pulling two passenger cars is a poor use of the energy needed to operate the locomotive. A system that could work for this Rhode Island service is a DMU. DMU stands for Diesel Multiple Unit. In a DMU system, each car has a diesel engine powering it, not one locomotive pulling multiple passenger cars. This allows for the service level to be scaled as needed.

A train composed of DMU cars scales well as it allows extra passenger capacity to be added at the same time as motive power. It also permits passenger capacity to be matched to demand, and for trains to be split and joined en-route. It is not necessary to match the power available to the size and weight of the train – each unit is capable of moving itself, so as units are added, the power available to move the train increases by the necessary amount.

There is such a thing as an EMU (Electric Multiple Unit), but as the lines to Woonsocket and Quonset are not electrified, we wouldn’t be using those.

New Jersey’s River LINE provides a good model for the service we could have in Rhode Island. The River LINE provides 15-minute headways at peak with DMU trains operating on a mostly single track alignment (added sidings could improve the frequency of service). The route is currently 34 miles long with 20 stations (the Rhode Island system proposed above is approximately 36 miles with 15 stations).

A drawback to the system New Jersey is running is that the vehicles they operate are considered ‘light rail’ by the Federal Railroad Administration meaning that the River LINE cars cannot comingle with frieght traffic. This forces what is known as a ‘temporal separation’ with River LINE cars prohibited from operating during evening hours when freight trains are using the line. The light rail DMU’s were chosen because part of the line in Trenton runs on city streets. DMU’s in Rhode Island would not need to run in city streets, meaning that heavy rail vehicles could be used commingled with freight trains (as the MBTA and Amtrak services are currently commingled with Providence & Worcester freight). 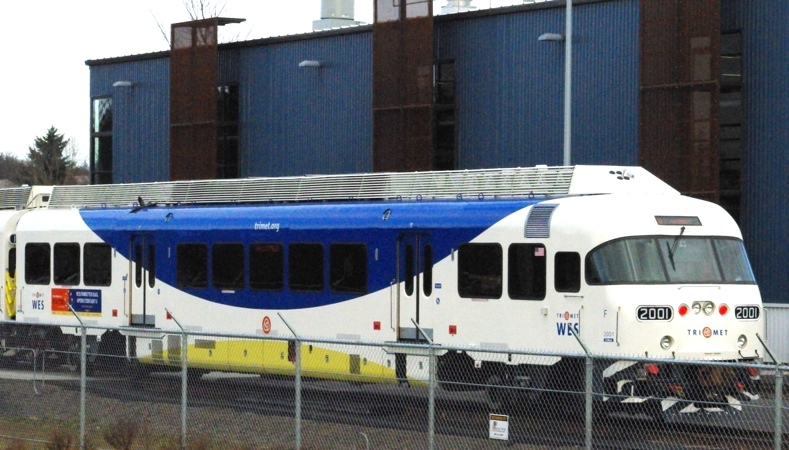 These federal regulations have stymied the development of DMU systems in the US. In other countries where regulations are not as strict, DMU’s are a popular mode of intercity rail service. In the US FRA compliant DMU’s operate on South Florida’s Tri-Rail system where double decker DMU cars are in operation. In Portland, OR TriMet runs DMU’s on it’s suburban Westside Express Service.

A rail line running north-to-south through our urban corridor at headways around about 15 minutes would vastly improve mobility throughout the metro area. People north of Providence would have reliable service to jobs in Providence, Warwick, and Quonset Point, frequent service to the airport, direct connection to possible ferry service at Quonset Point. Visitors to Rhode Island could board a frequently running train at T.F. Green and zoom in to Providence or down to Quonset to hop a ferry to Newport, Block Island, or the Vineyard. A system like this is much more nimble than Commuter Rail, allowing multiple station stops within Providence and other parts of the metro area. This system would serve as the spine of Rhode Island’s public transportation system, with bus services feeding into train stations and transit oriented developments springing up around station bringing more housing and more jobs.

Of course it is no secret that Rhode Island is in dire financial straits, and the idea of launching our own rail system might seem almost laughable. Hopefully, our financial system will not remain so grim forever, and while we have a much more transit friendly administration in Washington, now is the time when we should be planning for future transportation improvements such as a rail system like this.