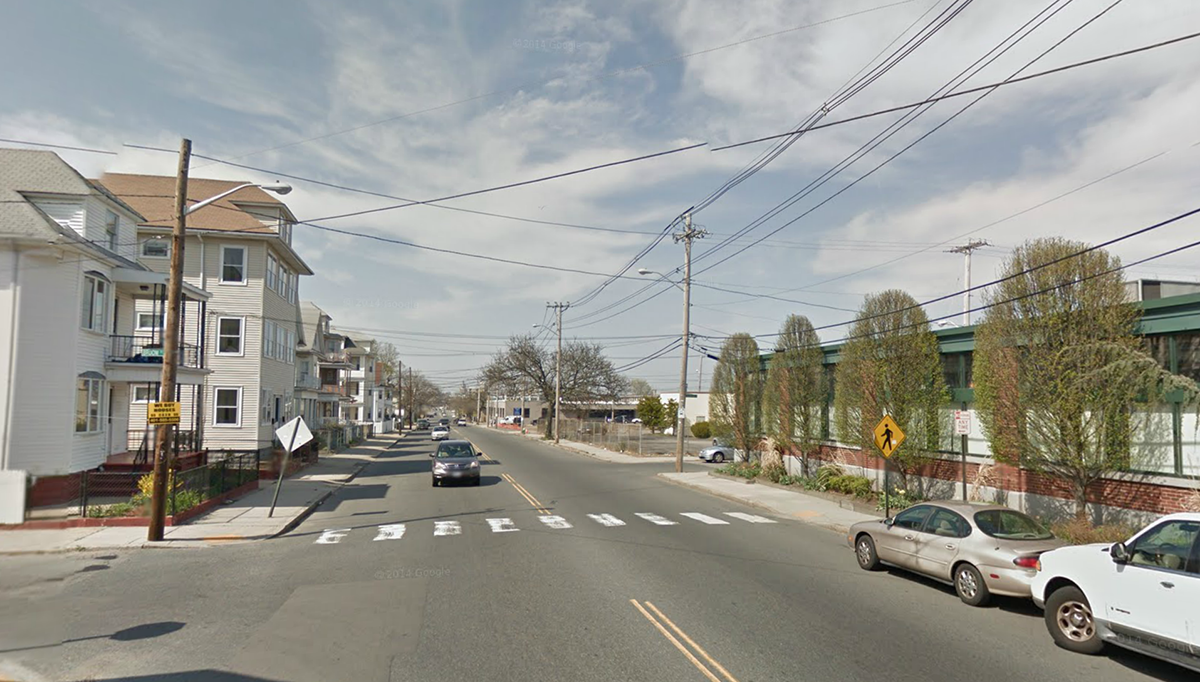 Unfortunately, trained to expect this sort of behavior, highway engineers apply the same logic to the design of city streets, where people behave in an entirely different way. On city streets, most drivers ignore posted speed limits, and instead drive the speed at which they feel safe. That speed is set by the cues provided by the environment. Are there other cars near me? Is an intersection approaching? Can I see around that corner? Are there trees and buildings near the road? Are there people walking or biking nearby? And: How wide is my lane?

As with most other State and County road departments across the country, RIDOT mostly insists that all roads should strive for 12′ lanes and the Providence DPW does not much disagree.

BuzzFeed News: The Hidden Reason Why Rent Is So Expensive In Cities: Parking Spaces

While many factors contribute to drive up the price of rents, parking is among the most significant, according to University of California Los Angeles professor and renowned parking guru Donald Shoup. BuzzFeed News sat down with Shoup during the CityLab 2014 conference in Los Angeles Monday to talk about how parking makes housing more expensive. His point: “It’s unfair to have cities where parking is free for cars and housing is expensive for people.”

CityLab: When Harassment of Bicyclists and Pedestrians Is a Crime

In many parts of the country, it seems, if you go out in public without the protective shell of an automobile around you, you’re fair game for all kinds of threats and abuse—verbal and physical.

Now Kansas City, Missouri, has joined a small group of municipalities, Los Angeles among them, that have passed ordinances specifically addressing such harassment.

It is sad that this is necessary.

The City Fix: Seven ways to encourage sustainable commuting in your workplace

Car-oriented cities have a number of costs for citizens’ health and well-being. Up to 75% of urban air pollution is caused by motor vehicle fuel combustion, and in 2012, 3.7 million premature deaths were linked to outdoor air pollution. Numerous studies have also shown that sedentary, car-oriented lifestyles contribute to higher rates of diabetes, obesity, and other associated diseases.

Shifting the daily commute from cars to sustainable transport modes – like public transport, walking, and bicycling – incorporates physical activity into everyday commuting and can improve health and happiness.

Transportation For America: Can Do Profile: Salt Lake City

Their “special sauce”? A combination of sound fiscal decision-making, agency collaboration, and a dedication among residents to get things done for the good of the community.

One ongoing challenge for the Salt Lake City region in particular is geography. How will a growing population maintain a good quality of life in a relatively thin sliver of land?

Utah is the sixth most urban state in the country, with 80 percent of the population residing along the Wasatch Front, a metropolitan region in the north-central part of the state that includes Salt Lake City, Provo, and Ogden. Bordered to the east by the Wasatch Mountain Range and to the west by the Great Salt Lake and Utah Lake, the region provides limited space for its two million residents.

To compound the issues associated with limited space, the Wasatch Front’s population is expected to increase 60 percent by the year 2040, swelling to 3.5 million people.

Residents, planners, business leaders and their elected officials are asking the question: How to accommodate that growth while maintaining the region’s reputation as an economic powerhouse with world-class outdoor recreational opportunities?

Pre-Katrina, downtown New Orleans was similar to many other American central business districts struggling with vacancy, disinvestment and crime. The hurricane heaped a collective trauma on the city that it will never fully be able to recover from. Even so, the downtown district has since experienced an economic revival that has been wholly unexpected and offers some lessons that other downtown districts should heed.

Six billion dollars has been pumped into the district’s economy since 2005. This investment has helped New Orleans’ downtown become an exemplary model of a walkable, mixed-income community that isn’t a carbon copy straight from the “Main Street USA” handbook.

Kurt Weigle, president of New Orleans’ Downtown Development District (DDD), sees two factors leading to the area’s current success that pre-date the hurricane: the conversion of the Warehouse District from industrial space to lofts, which was sparked in the 1980s, and changes to Louisiana’s historic preservation tax credit program, which were advocated for by the DDD.

Some would argue Providence is recovering from a type of hurricane.