Thus was born the SouthCoast Regional Bikeway Summit, a Feb. 15 event that will gather representatives from this region and others to discuss creating a regional bikeway. Sponsored by Mass in Motion, Southeastern Regional Planning and Economic Development District, UMass Dartmouth and the Council on Sustainability, the summit will begin at 12:30 p.m. at the Advanced Technology & Manufacturing Center in Fall River.

On the table that day will be a vision to create a bike trail network that extends from Swansea to Wareham and north to Taunton and Mansfield, ultimately connecting with paths in Rhode Island and on Cape Cod.

“From Providence to Provincetown, that’s the way we sort of coin it,” said [Mass in Motion coordinator Pauline C.] Hamel. “And we’re not just talking about biking. These are intermodal pathways for walking, pushing strollers, wheelchairs | there’s a lot more to it.”

European Urbanism: Lessons from a City without Suburbs [Planetizen]

While searching for policies and levers to stem new or to retrofit existing suburbs, it might also be instructive to look for precedents, real examples of a city as it would be on arrival at the “end of the suburban project”. Precedents not only would lure planners and people by the power of their images but could also become practical guides. A contemporary precedent, were it to be found, would have great convincing power since it would have dealt with the modern issues of mobility, accessibility and commerce.

Reassuringly, at least one such city does exist: one that has reformed its suburbs to the point where they are indistinguishable from the mother “city” – Athens, Greece. This article looks at this example, attempts to draw lessons and raises disquieting questions.

Suck it, Thoreau: Looks like big cities are the way to go if you’re looking to lower your environmental impact. According to a new study published in the journal Environment and Urbanization, carbon emissions in cities are lower than in the car-dependent burbs.

After facing fierce opposition from business owners, the R.I. Department of Transportation has backed down from a plan to charge businesses whose logos appear on informational signs along the state’s highways.

About 350 attendees explored the Perry and Marty Granoff Center for the Creative Arts at its dedication ceremony last night, taking in the wide variety of student artwork | incorporating visual art, sound, video, dance and sculpture | that adorns the latest addition to the campus.
The building | which has been open for classes since Jan. 26 | will not be host to any one department, but will “manifest new modes of dialogue between different disciplines,” said Richard Fishman P’89, director of the Creative Arts Council and a professor of visual art, who has championed the building since long before it existed.

Shameless Plug: Please feel free to nominate us as Best Blog in the Phoenix’s Best of 2011. You could also ask your friends, your mom, and your cat to nominate us if you like. 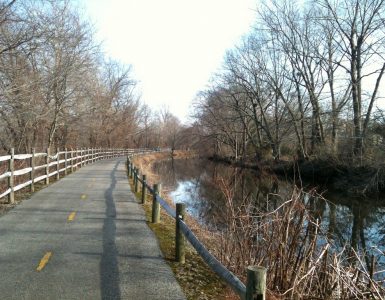 Yesterday, I got back out on my bike for the first ride of the season; on the Blackstone River Bikeway.